Daily Deals: Paranormal, Suspense and Killers for $2.99 and under 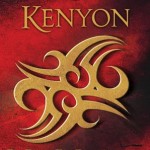 I haven’t read a Dark Hunter book in quite a while. It was originally published in 2010 and appears to be connected to “Bad Moon Rising”. Kenyon describes the hero as “one of the best love of the Peltier clan.” I don’t know what that means.

Live fast, fight hard and if you have to die then take as many of your enemies with you as you can. That is the Amazon credo and it was one Samia lived and died by. Now in contemporary New Orleans, the immortal Amazon warrior is about to learn that there’s a worse evil coming to slaughter mankind than she’s ever faced before.

Shapeshifter Dev Peltier has stood guard at the front of Sanctuary for almost two hundred years and in that time, he’s seen it all. Or so he thought. Now their enemies have discovered a new source of power- one that makes a mockery of anything faced to date.

The war is on and Dev and Sam are guarding ground zero. But in order to win, they will have to break the most cardinal of all rules and pray it doesn’t unravel the universe as we know it. 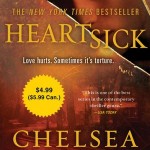 I bought it for Ned. He’s been reading thrillers of late, having caught the bug after reading Steig Larsson’s “Girl” series. Wendy, the Superlibrarian, is a big fan of this series featuring a female serial killer and the victim whom she lets live.

Portland detective Archie Sheridan spent years tracking Gretchen Lowell, a beautiful and brutal serial killer. In the end, she was the one who caught him…and tortured him…and then let him go. Why did Gretchen spare Archie’s life and then turn herself in? This is the question that keeps him up all night—and the reason why he has visited Gretchen in prison every week since.

Meanwhile, another series of murders is tearing up the Portland streets. Archie seems to be getting closer to solving this high-profile case…until he finds himself in a fatal collision course with the killer—one that inevitably leads him back to his former captor. Gretchen may be the only one who can help do justice. The only thing she can’t do, this time, is save Archie’s life. 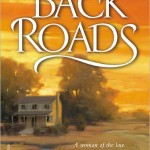 I bought this book for myself. Strangely I’ve read and reviewed two other Crandall books here at Dear Author but not this 2009 release. From looking at my other two reviews, it appears that Crandall does a pretty good job balancing suspense and romance.

Sheriff Leigh Mitchell is approaching 30 and needs a change. When sexy Will Scott, a man full of secrets, waltzes into town, he sweeps Leigh off her feet, but is soon suspected of a terrible crime, which puts Leigh’s newfound independence to the test. 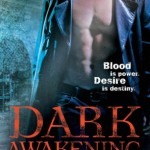 I’m intrigued by this book. I didn’t buy this book but only because I have a paper copy on my nightstand. I think it must have been sent to me by the publisher. Or it mysteriously materialized via some magic. One or the other. Someone read this and tell me whether the nightstand book should be read.

Enter the world of the Dark Dynasties . . .

For centuries, shapeshifting vampire Tynan MacGillivray has prowled the night as an outcast, valued only for his ferocious hunting skills. When a feud among the immortals escalates into all-out war, he is ordered by his ruthless queen to locate a Seer-a human woman with a special gift-who can secure victory for their clan. Ty’s search leads him to a quiet New England town, but once he has the Seer in his grasp, her touch awakens within him a hunger like he’s never known . . .

Lily Quinn has always been different. Since childhood, she’s had vivid nightmares and an eerie sixth sense. When a sexy, silver-eyed stranger demands her help, Lily plunges into a new world of danger and sensuality. With Ty, she discovers sizzling passions she cannot deny and powers she cannot control. Soon, it is clear that Lily is much more than a Seer-she holds the key to ancient secrets and unthinkable destruction. But will a vampire’s vow of eternal protection stop these evil forces . . . or unleash her dark destiny?