Daily Deals: Jane Eyre for teens, a novitiate heroine, a book that inspires excellence the right way; and a funny vamp story

JaneBook DealsDealsComments Off on Daily Deals: Jane Eyre for teens, a novitiate heroine, a book that inspires excellence the right way; and a funny vamp story 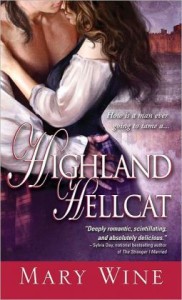 He wants a wife he can control…

Connor Lindsey is a Highland laird, but his clan’s loyalty is hard won and he takes nothing for granted. He’ll do whatever it takes to find a virtuous wife, even if he has to kidnap her…

She has a spirit that can’t be tamed…

Brina Chattan has always defied convention. She sees no reason to be docile now that she’s been captured by a powerful laird and taken to his storm-tossed castle in the Highlands, far from her home.

When a rival laird’s interference nearly tears them apart, Connor discovers that a woman with a wild streak suits him much better than he’d ever imagined…

One Amazon reviewer says “Much of the story is dedicated to Brina, and her unwavering belief that she cannot marry Connor (even though she grows to love him) without her father’s consent and be able to keep her honor. Honor is very important to Brina. Honor, honor, honor. By the end of the book I wanted her to throw her honor out the window. I was frustrated by the need to reiterate this again and again. Instead I wished the reader would have been given more moments where Brina realized the freedom that fate has gifted her with instead of being given to a convent.” 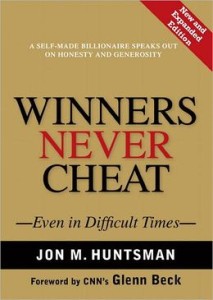 “Everyone does it.” Everyone cheats. Cuts corners. Tells lies. Maybe it was different once. Not today. If you want to succeed in this economic climate, you simply have to make compromises. Right?

Wrong. You can succeed at the highest levels, without sacrificing the principles that make life worth living. The proof? You’re holding it.

Jon M. Huntsman built a $12 billion company from scratch, the old-fashioned way: with integrity. There were short-term costs and difficult decisions. There were tough times. Times just like today. But ultimately, leading with integrity wasn’t just personally right for Huntsman, it also proved to be the best business strategy.

In Winners Never Cheat, Huntsman tells you how he did it, and how you can, too. This book is about remembering why you work, and why you were chosen to lead. It’s about finding the bravery to act on what you know is right, no matter what you’re up against.

It’s about winning. The right way.

Think about the kind of person you want to do business with. Then, be that person–and use this book to get you there.

Author royalties from this book go to the Huntsman Cancer Foundation

Is it irony that this book is a Nook Daily Deal when there is news swirling that Lance Armstrong is ready to make a full confession about his PEDs usage? 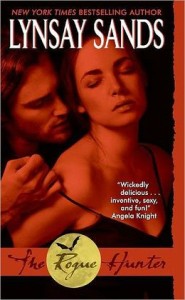 The Rogue Hunter (The Argeneau Family) by Lynsay Sands. $ 2.99

Samantha Willan is a workaholic lawyer. She’s grateful for some rest and relaxation in cottage country, and after a recent breakup she wants to stay as far away from romance as possible. Then she meets her irresistible new neighbor. There’s something strange and mysterious about his eyes. Is it just her imagination, or are they locked on her neck?

Garrett Mortimer is a rogue hunter. His last assignment united Lucian Argeneau with his lifemate, and Mortimer is hoping this one will be less . . . adventurous. He’s here to track down a reported rogue, but fun in the sun is every bloodsucker’s nightmare. Worse, he can’t seem to get his mind off Samantha, especially when he spies her skinny-dipping in the lake. After eight hundred years as a bachelor, is he ready to turn a volatile attraction into a lasting love affair?

Number 10 in the Argeneau Vampire Series, Sands produces consistent books for those who like a lighthearted vampire romance, emphasis on the lighthearted. 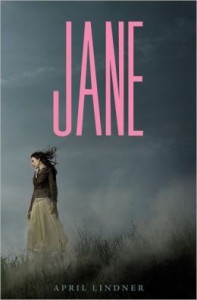 Forced to drop out of an esteemed East Coast college after the sudden death of her parents, Jane Moore takes a nanny job at Thornfield Park, the estate of Nico Rathburn, a world-famous rock star on the brink of a huge comeback. Practical and independent, Jane reluctantly becomes entranced by her magnetic and brooding employer and finds herself in the midst of a forbidden romance.

But there’s a mystery at Thornfield, and Jane’s much-envied relationship with Nico is soon tested by an agonizing secret from his past. Torn between her feelings for Nico and his fateful secret, Jane must decide: Does being true to herself mean giving up on true love?

An irresistible romance interwoven with a darkly engrossing mystery, this contemporary retelling of the beloved classic Jane Eyre promises to enchant a new generation of readers.

School Library Journal review writes “A few plot elements seem a little unnecessary to readers not familiar with Jane Eyre, but exist to satisfy those who expect them. In any event, this is a great “gateway read” to interest teens in the original novel and other classics by the Brontë sisters or Jane Austen.”