Nicole emailed me the heads up that Audible is have a Shock-tober sale. It ends October 31, 11:59 ET (US). 40+ of their most popular zombie, vampire, and werewolf books are on sale including books like Kate Daniels’ series (which I really enjoyed).

Brian gave me a heads up that Kobo was offering 90% off some books. Follow the link here. Brian also wanted me to pass on to readers that Kobo has launched their own version of ‘One Click’ purchasing called ‘Quick Buy’ and folks have been opted into it by default. ‘Quick Buy’ bypasses the part of checkout where coupons can be entered. 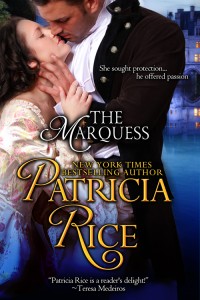 He’s a soldier who despises women; she’s a woman who despises soldiers. Of course they’re mad for each other.

Scarred in a duel over a feckless woman, Gavin Lawrence leaves America to take up his new duty as Marquess of Effingham, vowing never to care about others again. But lurking in the secret passages of his crumbling manor house is a courageous and exceedingly annoying young woman in terrible danger.

The self-sufficient daughter of a soldier, Dillian Whitnell guards her injured cousin in isolated Arinmede manor after an attempt on both their lives. Dillian hadn’t expected the new marquess to notice her, but his stubborn refusal to believe she’s a ghost turns into a hide-and-seek game that leads to increasingly close encounters. A game where irritation turns to intrigue, and intrigue to a forbidden passion as the real villain emerges from the past.

The $2.99 price is available at Backlist eBooks: http://www.backlistebooks.com/2012/06/the-marquess/

Apparently this is a gothic romance according to one of the less positive reviews. 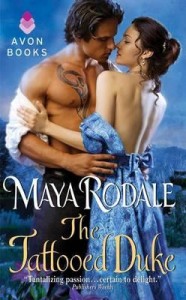 Maya Rodale’s wonderfully witty Writing Girls series is a winner! Her third delectable love story to feature a plucky Regency heroine with a pen, The Tattooed Duke follows a scandal sheet reporter posing as a common housemaid in order to uncover whatever nasty little skeletons an adventure-seeking Duke may be hiding in his closets—only to fall in passionate love with the nobleman whose secrets she’s been exposing to the world! The Tattooed Duke is deliciously fun historical romance fiction in the vein of Laura Lee Guhrke and Suzanne Enoch, and no true romance fan will want to write it off!

The most helpful review says that it works as a standalone. Another review says its uncomplicated, but a decent read. 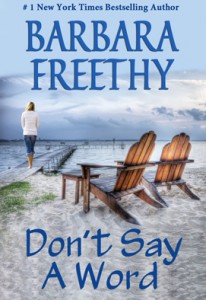 From #1 New York Times Bestselling Author Barbara Freethy come an award winning tale of romance and suspense. Fans of Carla Neggars, Karen Robards, and Nora Roberts will enjoy this intricately suspenseful story that begins with the question — what if you looked exactly like someone in a famous photograph?

From the back cover:

Everything she’s been told about her past is a lie …

Julie De Marco is planning a perfect San Francisco wedding when she comes face-to-face with a famous photograph, the startling inage of a little girl behind the iron gate of a foreign orphanage — a girl who looks exactly like her. But Julia isn’t an orphan. She isn’t adopted. And she’s never been out of the country. She knows who she is — or does she?

Haunted by uncertainty, Julia sets off on a dangerous search for her true identity — her only clues a swan necklace and an old Russian doll, her only ally daring, sexy photographer Alex Manning. Suddenly nothing is as it seems. The people Julia loved and trusted become suspicious strangers. The relationships she believed in — with her mother, her sister, and her fiance — are shaken by new revelations. The only person she can trust is Alex, but he has secrets of his own. Each step brings her closer to a mysterious past that began a world away — a past that still has the power to threaten her life … and change her future forever.

According to a news report, Freethy has sold something like 2.7 million ebooks of her 20 republished backlist titles. Nice.

This is a romantic suspense but the characters are fairly one dimensional with two many characters vying for attention. 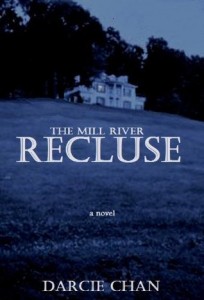 Disfigured by the blow of an abusive husband, and suffering her entire life with severe social anxiety disorder, the widow Mary McAllister spends almost sixty years secluded in a white marble mansion overlooking the town of Mill River, Vermont. Her links to the outside world are few: the mail, the media, an elderly priest with a guilty habit of pilfering spoons, and a bedroom window with a view of the town below.

Most longtime residents of Mill River consider the marble house and its occupant peculiar, though insignificant, fixtures. An arsonist, a covetous nurse, and the endearing village idiot are among the few who have ever seen Mary. Newcomers to Mill River–a police officer and his daughter and a new fourth grade teacher–are also curious about the reclusive old woman. But only Father Michael O’Brien knows Mary and the secret she keeps–one that, once revealed, will change all of their lives forever.

This was one of the first self published authors (not previously published) to reach internet fame. She was bought by Ballantine, but I’ve not seen anything from her again.  According to one retailer, the book is scheduled for a December 6, 2012 release.

→ Jane
Previous article: REVIEW: Down for the Count by Christine Bell
Next Post: First Page: Falling Into You / Contemporary