Chick lit, YA paranormal, Sherwood Smith sale, and a steampunk 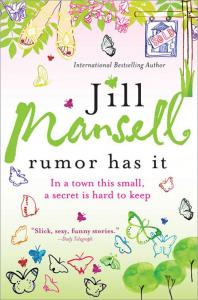 Tilly Cole impulsively accepts a job offer in a small town as a “Girl Friday.” But soon she finds herself in a hotbed of gossip, intrigue, and rampant rivalry for the town’s most desirable bachelor.

Today, eight books by Jill Mansell are on sale for .99 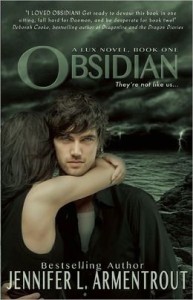 When we moved to West Virginia right before my senior year, I’d pretty much resigned myself to thick accents, dodgy internet access, and a whole lot of boring…. until I spotted my hot neighbor, with his looming height and eerie green eyes. Things were looking up.

And then he opened his mouth.

Daemon is infuriating. Arrogant. Stab-worthy. We do not get along. At all. But when a stranger attacks me and Daemon literally freezes time with a wave of his hand, well, something?unexpected happens.

The hot alien living next door marks me.

You heard me. Alien. Turns out Daemon and his sister have a galaxy of enemies wanting to steal their abilities, and Daemon’s touch has me lit up like the Vegas Strip. The only way I’m getting out of this alive is by sticking close to Daemon until my alien mojo fades.

If I don’t kill him first, that is.

This is the first book in a series and the most recent release ends in a big cliffhanger but I’ve heard really good things about this series so I’m buying it and hoping to collect the stories to read all at once when the conclusion is released.

Through January 7, use coupon code SHERWOOD-50%OFF to get 50% off ANY or ALL of Sherwood’s single-author titles. (Only at the BookviewCafe)

Please note, the coupon does not apply to the Exordium books, written with Dave Trowbridge, or to the anthologies.

The books sold at BookViewCafe are DRM free and in multiple formats. I do not believe that there are any international restrictions either. 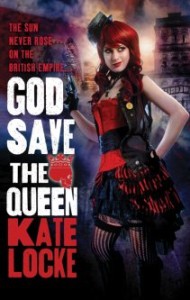 The undead matriarch of a Britain where the Aristocracy is made up of werewolves and vampires, where goblins live underground and mothers know better than to let their children out after dark. A world where being nobility means being infected with the Plague (side-effects include undeath), Hysteria is the popular affliction of the day, and leeches are considered a delicacy. And a world where technology lives side by side with magic.

Kate Locke is the pseudonym for Kathryn Smith.  I’ve never read this series, but I have read one Kate Smith written steampunk which focused a lot on the gadgetry and very little on the “punk” aspect.
AmazonBNSonyKoboBook DepositoryApple