Beyond the Book: Thea Harrison and Where She Gets Her Ideas

The following is a guest blog post by new author Thea Harrison. She’s actually not new. She wrote Harlequin Presents books over ten years ago and then took a break from publishing. I’m pretty excited about this new series. You can find out more about Ms. Harrison at her blog, http://www.theaharrison.com/, and Dragon Bound will be out on shelves on May 3, 2011.

Like most writers, I’ve been asked this question a lot through the years.  Usually I reply in short answers.

Short answer:  I get my ideas from everything around me.  About six months ago, while riding in my sister’s car, I saw spectacular scenery that sparked an idea for an island.  I wrote that island into Serpent’s Kiss, book three of the Elder Races series.

Once my editor Cindy asked me:  how did you learn to do world building?

The short answer I gave was in a fast-paced conversation:  I fiddled with projects before Dragon Bound got accepted, but I could never get anything off the ground.

Now I think it’s time to give this topic a long answer.  Thank you so much, Jane, for your fantastic championship of Dragon Bound and for providing a forum for this piece.

I’ll be blunt.  I did a lot of things too young.  I married and had a daughter when I was eighteen.  I wrote my first Harlequin when I was nineteen.  (I published under the name Amanda Carpenter.)  I also worked in restaurants and took a few college courses.  My husband and I had a social group through college that started a Dungeons and Dragons game on Friday nights, complete with little figurines and dice.  I made friends with a few of the people who attended.  One big thing in favor of the Friday night game for poor, struggling college-age parents:  it was a cheap date.  And it was fun for a while.  Sometimes I attended, and sometimes I didn’t.  As you can imagine, I was busy.

Fast-forward several years.  My writing career took off, and so did my husband, daughter and I.  We went to live in England for a taste of adventure while my daughter was young.  I could work wherever I had a typewriter.  I was published through Mills & Boon in the UK, so I could also have a local connection with my editor.  Then my marriage ended, which was no big surprise.  We were too young, and we also didn’t realize what kind of strain living in a foreign country (even though it was England) would put on a relationship.  I wrote more books, my daughter grew older, and I decided it was time to return to the States so she could have more contact with her family. 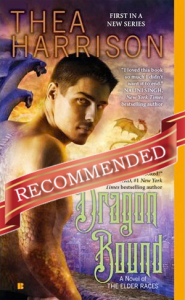 While abroad I had struck up a correspondence with Liz, a friend from those Friday night games.  We wrote regularly.  Upon returning to the States, Liz and I expanded on our friendship.  One evening when I was visiting, she invited me to game with her.  I laughed and said, sure, why not?

That began a time of creative play between the two of us.  Mostly we did it for fun.  Liz had developed a fantasy universe she had written about.  I had built a world too, and had written roughly 200 pages of a manuscript based on it.  My world was named Gaelon.  I had drawn maps, developed a political structure, a history, a warring nation, an array of characters, etc.

Liz and I played with her world, and we played with Gaelon.  We developed a community of characters that married, fought, had children, and went on adventures, and sometimes died and were reborn.  Eventually we rampaged to an imaginary Earth and mangled history with time-travel.  We didn’t just play with our own ideas.  When we exhausted those, we played with other writers’ ideas, along with television shows and movies.  Mysteries, thrillers, sci-fi, fantasy, horror.  We took anything, from any media.  Nothing went unscathed or untouched.  If it caught either of our interest, we snagged it and played with it.

We tried co-authoring stories, which were mostly unsuccessful.  We discovered just how differently we thought about and perceived things, and how very differently we communicated.  We fought a lot and managed to get one story, a romance, sold.  Because I had a regular publishing history and Liz hadn’t, we decided to use my pseudonym in the hope that the story would make more money that way.  We also needed to be sure to give Liz publishing credit, which was important in its own right but especially because it might help her get published on her own someday.  We worked out a contract with the publisher so that they split the royalties, and she and I were both listed on that book’s copyright page.

Fast forward through more years, and mash a lot of stuff together.  My daughter got older, I stopped writing fiction, I went to work for a nonprofit agency, and I went back to school to finish my Bachelor’s degree.  As for Liz and I, our creative collaboration and friendship crumbled under the weight of too many differences, and we went our separate ways.  It was a shame, but things like that happen and life moves on.

Once I got on the school treadmill, I stayed on it.  I was an older, non-traditional student by that point, and I wasn’t going to stop until I was sure I was done with my education.  I moved to go to graduate school and got a Masters in Philanthropic Studies, and another one in Library Information Science.

One summer while in school (either in 2001 or 2002) I decided to bring my creativity back online, so I wrote a book.  I did a lot of thinking that summer.  Liz and I had been greedy, creative magpies, grabbing at any sparkly idea that took our fancy, and I wanted to take care about what I wrote.  My world-building for that story was based on philosophy, mythology and religious studies courses I had recently taken, along with my memories of a vacation spot.  Out of courtesy, I also wrote Liz a letter to let her know I was writing a fantasy.  She kindly wrote back and said, basically, go for it.  I could have any fantasy idea I wanted.

That was generous and wonderful of her, but I still wanted to be careful.  I needed my writing to be my creation, or at least as much as possible in this age of shared information and genre fiction.  The challenge was that we had mashed so many ideas together for a long time.  I made a rule for myself:  if I could draw a direct line of influence to a published author I had read, to a mythological or religious theme or creature, or to my own characters that I had developed, I could use it.  The result was another failure, and it was a great experience.  The story had a lot of super ideas, and it stank.  It really did.  I made a lot of mistakes, and I learned a lot of things.  And again, I moved on.

(When I looked at that story much later, I realized just how many mistakes I made, and also how many good ideas were in the manuscript.  I tore it down and rebuilt it.  Now a much-altered version of it will be published by Berkley.  Not to be coy, but I can’t tell you what it’s called because it doesn’t have an accepted title yet.)

Fast forward several more years.  In 2009, the country was struggling with the worst recession since the Great Depression.  I had to recommend my own lay-off to the nonprofit agency I worked for.  It was not a good time to be looking for a job with graduate degrees in the non-profit sector.

One evening I had dinner with family who was visiting from out of town.  We talked about them, and we talked about me, and one of them said, “Are you ever going to try writing fiction again?”

That conversation stuck with me.  A month later, I decided to start writing a fiction project.  That’s when Dragon Bound was born.  I wrote the rough draft in 44 days, and I built the world as I went.  I took tropes from classic fantasy, mythology, and the current paranormal romance genre.  Shape-shifter stories have been very popular and they’re tremendous fun.  I love so many of the dragon paranormal stories that have been published over the years, such as Tea With a Black Dragon, by R. A. MacAvoy (I don’t often reread books, but I have reread that one), and Shana Abe’s beautiful, deadly Drákon.  G. A. Aiken and Kresley Cole crack me up, and seriously, can somebody blackmail or coerce Patricia Briggs into writing more Hurog stories, please?  Regarding the more classic stuff, Tolkien’s fantasy trope Elves was not sacrosanct either.  Now the Elder Races series has a demesne of Elves living in South Carolina.  I have also been strongly marked by J. R. Ward, Nalini Singh, Angela Knight, Ilona Andrews, Meljean Brook, Eileen Wilks, Rachel Caine, Christine Feehan, and many other wonderful authors now writing in the paranormal romance and urban fantasy genres.  If you have read those authors and you also read my work, their influence is clear to see.

However, rich resource though they are, for this blog my focus isn’t on them.  My focus is back on the 1990s, and that time of shared creative play and endeavor with my old friend Liz.  One valuable thing I learned from that experience was how to sketch just enough to paint a picture for someone, leave the rest up to them and move on with the story.  That skill is a lot trickier than it looks.

There was also a lot I didn’t learn from it, that I had to find out on my own.  When I look back, I can see that the things we created were too simplistic and two-dimensional.  There was a reason most of our collaborative effort did not get published.  The brutal truth was I don’t think we were good enough.  Often we opted for easy fixes rather than world-building that was more nuanced, and therefore more compelling and realistic.  Perhaps that was a result of two very different people trying to come to a consensus.  I also think I arrived at a more nuanced approach through greater age and a higher level of education.

In any event, that time gave me world building and character development experience I would not otherwise have had on my own.  So this blog is for you, Liz.  That time of play, of making mistakes and our one hard-won success, taught me a lot, and I just wanted to say thanks.

(Liz and I haven’t been in touch for almost ten years.  I am withholding her full name to protect her privacy.)

→ Jane
Previous article: Nook Color: The 1.2 Update
Next Post: Monday Midday Links: Unscientic conclusions put forth as real science (what else is new)