Beyond the Book: Friends to Lovers Trope by Margaret Rowe

Last week I floated the idea of discontinuing the First Sale feature and while there are fans of the feature, many others chimed in to say that they had First Sale fatigue, like me. Based upon the suggestion of FiaQ, I tossed out the idea to authors to write an “author’s cut” feature about a particular trope. I asked specifically for authors who were writing about the friends to lovers trope as it is one of my favorites. Maggie Robinson aka Margaret Rowe offered up the following: 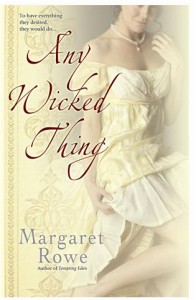 Many thanks to Jane (and the wonders of Twitter) for the opportunity to inaugurate a new Monday feature here at DA. I haven't felt so virginal since I was-sixteen.

Connection. Acceptance. They're what most of us search for all our lives. We want to belong somewhere, that when the tribe speaks, it says, "Sit down and relax. We love you just as you are." My friend Claudia gave me a poem decades ago, author unknown. The last stanza reads, "We turn to the friends who have stuck through the years, who echo our laughter and dry all our tears. They know every weakness and fault we possess, but somehow forget them in friendship's caress." Corny, but lovely just the same.

Who better to know and love us than our oldest friend, the guy next door? The kid who pulled our metaphorical pigtails, the boy who kept us conscious through that ghastly 8 A.M. class, the office mate who shared his Twix bar every day at the 4 P.M. sinking spell. The friends to lovers trope is a popular one in romance novels for a reason. It provides both writer and reader a shorthand connection, a shared history of two people who are close and grow closer still, the comfort of knowing that when the lust fades (in three years, according to some experts), the foundation of friendship will be there and stronger than ever.

Of course, the lust never fades in romance novels.   :)

), which releases tomorrow from Berkley Heat, is chock-full of lust between two childhood friends-turned-lovers-turned-enemies-turned lovers again. (In the ten novels, novellas and short stories I've completed writing as Maggie Robinson and Margaret Rowe, five of them feature the reunion of childhood friends and/or lovers. I sense a trend here. I'm a sucker for getting people together and giving them second-‘or third-‘chances, not that I want to hook up with my high school boyfriend myself, LOL.)

AWT's hero, Sebastian Goddard, the Duke of Roxbury, has spent a decade being as decadent as he can. But when he finally comes home to settle scores and have afternoon tea, he finds Frederica Wells, more seductive than ever.

He had known [her] since she was in leading strings, a motherless girl brought to Roxbury Park when his own father hired hers. [His] best childhood memories involved Freddie. As he recalled, she'd trailed after him like a stubborn puppy and he'd tormented her as little boys from time immemorial tormented little girls. There had been the requisite spiders. Mud pies. He hoped none was on the menu today-

Where was the chubby chit he remembered? The girl who fenced and fished with him? Or even the girl crying crocodile tears? In her place was a curvaceous creature with gilt-streaked hair, her tongue licking a lucky wayward crumb from plump, pink lips. Whose plumper white breasts nearly spilled from a flimsy dress that was surely too low-cut for tea. He'd been without a woman too long if just the sight of his old friend caused him such stimulation. This was Freddie, whose pigtails he'd pulled, whose feet he'd tripped, who'd bedeviled him like a little leech until he went away to school.

Freddie's all grown up, and about to make Sebastian an offer he can't refuse. And because of their long-standing friendship, she's able to understand his troubled past and accede to his greatest need. They are connected beyond silken ropes and shared secrets, and her love cuts the knots of his own bondage to set him free.

Do you have a favorite friends to lovers book? I love Loretta Chase's Last Night's Scandal. I'm so glad she got Olivia and Peregrine to grow up to have their own romance. Don't Tempt Me, also by Chase, is wonderful too. There's nothing like a befuddled man really seeing a familiar face for the first time.