With Rumors of Amazon Selling DRM Free Music, Will Books Be Far Behind? 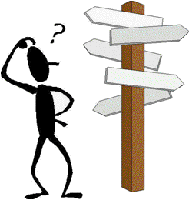 I received an email this week from a reader who wanted to buy an ebook reader. She wasn’t very familiar with ebooks other than the epublished ones and didn’t know at all about DRM (digital rights management). She wasn’t aware that when you bought a Sony Reader, the books you bought for the Sony Reader would be forever tied to the Reader. Essentially this is like buying a house and filling it with furniture. When you decided to a buy a new house, you weren’t allowed to take the furniture with you. The furniture can only be used in the old house. Sure, you legitimately bought it, but the furniture makers have to make money so it is incumbent upon you to buy new.

The laws (DMCA) make it so that if you make a special key to get into the old house to get that furniture over to your new house, you would be a criminal. Crazy? Yes. Unfair to consumers? Yes. Even Steve Jobs thinks so. In February, he wrote an open letter to the music industry advocating the elimination of DRM. The digital music industry is like the digital book industry. In the music industry, the big four: Universal, Sony BMG, Warner, and EMI control the distribution of over 70% of the market. In the book industry, the big five: Penguin, Simon & Schuster, HarperCollins, Random House, and Grand Central Publishing (formerly Warner) produce 92% of the fiction books that you will find in the bookstore.

Jobs believes that these types of restrictions are crippling the digital music industry. Right now, digital music comprises 10% of the market which means that 90% of the music market is sold DRM free. This is because CDs have no DRM. CDs are universal and can play in any number of CD players manufactured by a host of different companies. My Gwen Stefani,
The Sweet Escape, CD can be played in my HP Pavillion or my car Bose car CD Player or my Dell work computer. More importantly, my Gwen Stefani CD can be ripped and uploaded and played on any MP3 device including my IPOD. There are no laws that restrict me from doing this which means that after about an hour, I have a DRM free collection of Gwen Stefani music.

With books, its a bit harder to accomplish this. You have to scan in a book, page by page. Then you have to run a program that turn the scan into text. Then you have to convert it to be read on one of your ebook devices. It would take hours of hands on work to turn a paper book into a DRM free ebook, but it can be done.

The problem is who wants to? Certainly not me and not the rest of the reading public. What we would like is to be able to buy an ebook and read it on any device we own today and any device we may own in the future. I think that is reasonable. Steve Jobs thinks that too and he convinced EMI of that. EMI announced on April 2, 2007, that all of its music on ITunes would be sold without DRM, meaning that an EMI song purchased at ITunes could be played on any digital music device that plays AAC. This announcement was accompanied by a raise in the price of the song by 30%.

Rumors have been flying fast and furious around the web this past week that Amazon would be opening a music store that would sell DRM free music. The rumor specifically is that Amazon sent contracts out to the major music distributors informing them that the music store would sell only DRM free music at variable pricing. Some independent bands are already participating in selling DRM free music like Barenaked Ladies at Amie Street. Nine Inch Nails even released three audio tracks on Pirate Bay, a notorious peer to peer sharing site.

If DRM free music sells tremendously well, increasing the digital market share of music, it would seem backward for print publishers not to follow suit. E publishing has so many cost saving attributes that an increase in ereader can only be beneficial.