Why I’m Not Wild About Ravenous Romance 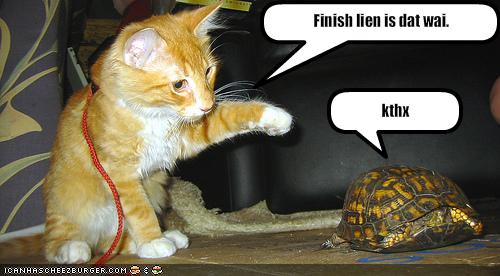 I don’t think I have made any secret of the fact that I don’t like the publisher Ravenous Romance, but I haven’t clearly articulated my reasons why. I endeavor to do so in this post so that no one can accuse me of subterfuge and so that I can lay out my reasons why I don’t think anyone should think of Ravenous as a romance publisher. You are free to disagree with me but here is my argument. I think Ravenous is aggravating rather than alleviating the negative reputation of romance for two main reasons: A) Their business practices are poor and B) they aren’t selling romance.

First let me say that it doesn’t matter to me that Ravenous is in business or that they ultimately sell massive amounts of what by their own standards is "smut." But their works are not romance and they shouldn’t be associated with romance publishing even tangentially. I heard that they want to fund a Romantic Times digital expo next year and that they are going to attend a number of romance related events such as the Lori Foster’s convention and RWA. I felt it necessary to push back against this idea that Ravenous is a legitimate romance publisher. They are not. That doesn’t mean they have no right to publish or even succeed, but I believe they are currently doing that at the expense of the romance genre and market.

We were told that Ravenous was going to “blow the competition right out of the water from very early on.” No other epublisher knew what it was doing or had the marketing ability that Ravenous had. It is true that Ravenous has a very aggressive marketing and publicity team. It is also true that at first glance their product and web presence look polished and professional. What Ravenous lacks, and doesn’t appear interested in gaining, though, is a) an understanding of the romance readership and b) an understanding of the romance market.

I think this lack of knowledge about publishing and reaching target audiences (and the slow growth of those audiences) show that even the successful epubs have not exploited all avenues for building readership….In other words, [Ravenous is] a real publisher and not a fly-by-night operation founded primarily to showcase the amateur founders’ own unpublished books (which even Ellora’s Cave was at its start).

I don’t think eHarlequin has done enough to create and promote an e-line that is online only. And Harlequin’s sales are down in general-‘mostly because it has been slow to adapt its lines to changing market tastes.

Ms Hughes promised to return with a sales report in January. Given that Knight Moves is one of the highest selling books for Ravenous, we should have certainly seen proof of her astounding numbers to show how Ravenous is blowing the competition out of the water but Hughes is remarkably silent about her sales.   Contrary to Hughes’ claims, Harlequin’s increasing sales in the midst of a depressed market have been the subject of much news coverage, by outlets from the New York Times to Nightline.

I’m not singling out Ms. Hughes’s comments to be mean, but to point out that Ravenous has not been in business for more than five months (it opened in December) and only by dint of its tireless marketing has it become a name known within the publishing community. It is not an established house and does not deserve to the be the spokesperson for digital romance publishing.   Ravenous is not part of the digital publishing discussion because it has any history of successful sales. Nor is it does it have a reputation for quality work.   I say this from personal experience and from the statements of other readers.

It’s important to focus on the editing because it is the product that undermines Ravenous’s insistence that they will be an asset to romance and to epublishing. The first book I read was Knight Moves by Ms. Hughes, writing as Jamaica Layne . Knight Moves was reviewed here at Dear Author, and like Ms. Hughes’ publicity materials say, it has become a viral sensation. But not because it is a great work of art. Instead, it’s a trainwreck of offensive writing and strange euphemisms, and like any trainwreck, you can’t look away. Hughes uses such descriptors as “ladysoftness”. The woman’s cunt makes a “disappointed queeb” noise when she dismounts. The urinal becomes a time traveling portal. In a feat of physical impossibility, the man’s penis points 90 degrees toward his chin.

In another book, the male protagonist’s name is misspelled consistently throughout the novel. A character’s "viral masculinity" is mentioned. "Lathing" is used to describe the application of tongue to flesh throughout yet another novel. In American Star, the male protagonist describes his partner’s cock as unrolling from his pants like a paper towel roll in the kitchen and says he wants to throw the cock over his shoulder and burp it. The male protagonist goes on to talk about being turned on by the smell of raw meat and onions coming from the other man’s body. Another book contained this compilation of nonsensical sentences:

Someone asked me if I was picking these books out randomly. No, many of these books were profiled by Ravenous and given away as free promotions.

Last year, Ravenous was advertising on Craigslist for copyeditors.     It’s not that you can’t find good editors on Craigslist but it does show that they didn’t have a pool of professional editors in their competition-blowing company.

Very simple mistakes are made. In one book the words “PAGE BREAK” in all caps was included at the end of a chapter. In the most recent book I read the following PDF page was in the very back of the book.   None of these are signs of a professional publishing business.

According to contract terms shared with me, Ravenous pays only on the net. This is a very good deal for the publisher but not such a great deal for the author. In other words, the author is paying for the costs of doing business. Those expenses should be the publisher’s:

“the net dollar amount received by the Publisher for sale of the Publisher’s publication(s) of the Work from the retailer or consumer, after discount, less actual returns or credits issued relating to prior sales; less shipping, mailing, insurance and handling expenses; less credit card, payment processing or collection costs; and less currency conversion costs; and excluding sales, GST, VAT or other taxes”

B) They Are Not Selling Romance

Ravenous’s worst offense, though, is the fact that the owners and writers of Ravenous are putting out what they call "feminist smut" (Lori Perkins self describes as a purveyor of feminist smut) and calling it romance. Set aside the poor editing, the suspect business practices and the hideous writing for a moment. Not one of the 6 Ravenous books I’ve read has been a romance. Four were what I would call pornography and two were women’s fiction books. Not one focused on the emotional development of a romance.

It is, in other words, like a classic bait and switch. For readers, this means no way of returning a product that does not fit their expectations. For the market and the reputation of romance, the consequences might be even more serious because the more aggressive Ravenous’s marketing becomes, and the more visible they get in the romance market, the worse romance will look to those who already think romance is nothing more than porn for women. I suppose Lori Perkins believes that “feminist smut” makes it better, somehow. But putting aside the very loaded question of whether Ravenous’s books are feminist, consider the remarks of Lori Perkins’s business partner, Holly Schmidt, who admits to being a good girl who doesn’t read that kind of work:

Schmidt , who says the tales do not reflect her own taste – "I’m a nice girl who married her high school sweetheart"- is hoping to attract major writers to pen their own tales of "hot love" including Updike and fellow New Englander Stephen King.

And what, exactly, is the difference between soft pornography and the "erotica" that she is selling over the web for 99 cents (66p) a day? "A better vocabulary."

Then there is the Hughes:

Publishing is a business. And business is always about profit, first and foremost. If publishers are not profitable, they will go out of business. Why attack them for wanting to make money by publishing high-quality "feminist smut" (my agent’s term, not mine) and marketing it in a similar fashion to the rest of the adult industry?

The only mystery left here is why anyone at Ravenous believes romance readers are fooled about what they are putting out into the marketplace.

On the Ravenous twitter page, they claim that they will change publishing. Perhaps, but I don’t feel it will be changed for the better, at least not as far as romance is concerned or epublishing in general. If a person picks up only one Ravenous book thinking it is an example of good erotic EPUBLISHED romance, what are they going to think about the books put out by other digital publishers? Or romance books that you are reading? Why shouldn’t romance be constantly mocked for being trash when it is represented by a company like Ravenous? Why shouldn’t digital publishers be excluded under the theory that they aren’t legitimate publishers?

→ Jane
Previous article: Friday Film Review: An Officer and A Gentleman
Next Post: REVIEW: Dead and Gone by Charlaine Harris