What’s the right price of a book for you? 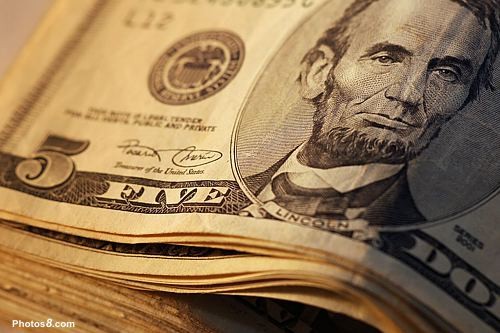 Amazon has been emailing its digital buyers that there will be a refund forthcoming due to the agency pricing settlement.  According to the email, a purchaser will get about $3.07 for any bestseller and $.97 for any other book sold during the period of 2010 and 2012-13, depending on the date of the publisher settlement. My first thought was what books will I buy with my refund.  The second thought came about when I saw an author tweet that s/he wasn’t going to accept the offer because s/he believed books were worth more money.

Digital BookWorld keeps track of the average price of a bestseller and at the end of August, the average price had reached an all time low of $6.33.  According to a May report by Mark Coker at Smashwords, two of the most popular price points are 99c and $2.99.  From the years on this blog, I’ve observed three main pricing activities.

1)  99c = I’ll buy you but I’m in no hurry to read you.  There’s no question that 99c will result in sales but how many people are reading it? The number of average reviews for books at Amazon has increased since Amazon ends each book with a reminder to rate a book before you leave.  When a book is launched, you can almost see the velocity in reading by the number of reviews the book accumulates in 24 hour period.  Reviews mean books have been read, in my opinion.

Authors have formed coops to bundle books together and price them at 99c.  A bundle headlined by Elisabeth Naughton featured 10 books for 99c and sold so many copies it was listed as the No. 2 NYTimes bestseller on the digital list.  The E. Naughton bundle in the number 2 position on the NYTimes list has 48 reviews as of the date of this post.  Rachel Van Dyken’s book, Ruin, has 418 reviews (and was released a week earlier).  Both books are 99c.  It could be that many people are reaching the end of the Naughton bundle and thus not getting the prompt, but my guess is that a number of people are buying the bundle at 99c but not necessarily reading it.

99c books are the foundation for the tragically forgotten book pile.

2) $1.99 is a dead zone.   There are very few books priced at $1.99 unless that is a sale price, ordinarily by mainstream publishers. I have a couple of theories on this.  $1.99 generates the same lower royalty to authors (30% versus 70%) but it doesn’t move as many books as 99c and therefore it isn’t as as an attractive discount rate.  Mark Coker notes that any price between .99 and $2.99 results in a decline of sales until you reach the $5.00 mark.   I also think $1.99, when it is not a sale price, might signal reduced length content such as a novella or short story.  For whatever reason, $1.99 pricing appears rare.

3) $2.99 – $4.99 is the “I’ll try you even though I’m unsure whether I’ll love it.”  I think this is the discovery price range.  In this price range, most people won’t flinch at trying a new book or a new to them author, particularly when it is recommended to them by another source, but not necessarily a trusted one.  At this price, a cover or blurb can move you to buy or a marginally good review.

4) $5.00 to $7.99 is the “I’ve read you before and enjoyed what I’ve read.”  This price range is reserved for authors you’ve enjoyed in the past and figure you’ll be entertained for a few hours. At this point, though, you aren’t taking much risks.  You aren’t likely to take a chance on a new to you author unless the recommendation comes from a trusted choice.  Further, it might take more than one recommendation.

5) $8.99 and up is the “I’ve read you before and I love you.” At this price, you are foregoing purchasing at least one other book, if not more.  John Locke once famously said that at $9.99 other authors have to be nine times as good as his 99c book.  At $8.99 and above, you’ve made the decision that this book is more valuable to you and will be more entertaining than a slew of lesser priced books.  This is the price at which the dedicated fan group buys.  The larger the dedicated fan group, the higher price point you can charge.  Publishers know this which is why some authors are moved to hardcover after several books selling through at a solid rate in mass market.

Does this price list coincide with your buying habits?  I’d love to know.  Share with me in the comments.