The No Name Tablets and Customer Confidence 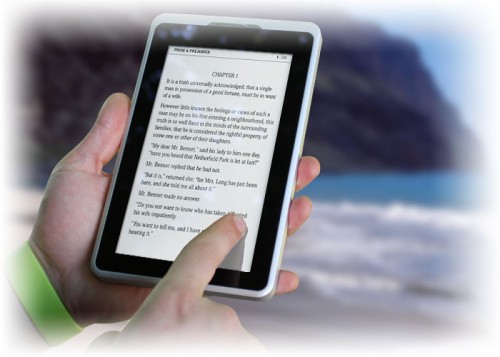 Why buy a Nook Color at $249 or a Kindle Tablet at $250 when you could buy a Lenovo IdeaPad running Android for $199?  Lenovo has announced that it will sell at an Android tablet for $199.  It has a 7″, 1024×600, capacitive touchscreen and runs on a single-core processor.  There is 8 GB of onboard storage and two cameras.  There is WiFi connectivity. It will have access to the entire Android Marketplace which includes Nook and Kindle apps; Gmail; web browsers; music streaming; games; and movies.

How does this compare?

*There is 5GB available for content and 4GB is for content purchased at the BN Nook store.

In sum, the Lenovo beats out the other two devices in almost every area. Plus, it is a more versatile device. Both Nook and Kindle will limit you to the Nook Marketplace or Amazon Marketplace. The Lenovo will grant you access to the entire Android Marketplace which include both the Nook and the Amazon apps. Along with the Sony and Google bookstores. The Lenovo is particularly more robust that the Nook Color because of its access to Netflix, Hulu and other Android video apps. While the Nook Color can play videos, there is no easy marketplace from which to download or stream video from within the Nook Color.

So why is there almost no mainstream coverage of the Lenovo IdeaPad at $199? It’s a misnomer to call Lenovo a no name tablet maker but to many casual consumers, Lenovo is not a well known brand name. Not like Apple, Amazon, or Barnes and Noble. Maybe the Lenovo IdeaPad will take off much like the Asus devices did because of the low price point. I admit that I am more excited about the Amazon tablet because of its integration with the Amazon Instant Video and Amazon Cloud Player although there is an Android Amazon Could Player that would be compatible with the Lenovo device. The Lenovo device, like the Amazon Tablet, is not yet launched.

But there are other devices such as the Airpad for $199 that is available now. x10 offers a 7″ capacitive touchscreen, 4GB of onboard memory, and a 1.2Ghz A8 processor. There is a camera and it runs the latest Android OS at 2.3. The downside to this device is that the screen is only 800×480-pixel-resolution versus the 1024 x 600 of the other devices above. Still, at $199, it’s got a lot that the current LCD ereaders don’t offer.  It even calls itself the Nook and Kindle killer:

Why pay a couple hundred dollars separately for a NOOK or Kindle? Simply download the Nook or Kindle app on your AirPad! The NOOK app gives you instant access to download more than two million titles, including book, magazines and newspapers! The Kindle app gives you access to more than 900,000 titles, and is optimized for Android devices with a super easy-to-use interface. And the crystal clear, 7″ AirPad screen is perfect for reading. Weighing less than a pound, the AirPad allows you to bring your entire library with you anywhere you go!

So is it the brand behind the device that matters?

If it is “yes” the brand matters, can you articulate why in the comments? Is it because you feel it will lack features? Or because of customer service concerns? And if you are buying an LCD color reading device, what features are you looking for?