The Mini PC As an Ebook Reader 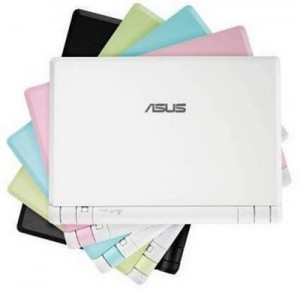 I mentioned last week that one of the devices at RWA that was being flaunted about by a certain blogger about whom I have already mentioned being jealous (she is smart, funny, has a book deal, and I swear knows everyone) and a certain ebook publisher of whom I am also jealous (she owns an eBookwise, a Kindle, a Sony Reader, an iPhone, and has spent the last three weeks in New Zealand and Australia), is the mini PC. SB Sarah and Angela James both brought their Asus EEE PC’s to the conference. These mini PCs are becoming popular because of their size (small) and price (cheap, relatively speaking). Because of their size and price, a mini PC is an option for the ebook reader.

Now, I know you are saying you don’t want to read on a laptop or any device with a LCD screen. I suggest that you take a hard look at the eink devices I profiled last week. If you want something that is more multi function, like the iPhone, but want something with a bit bigger of a screen, I think that the mini PC could serve you well. 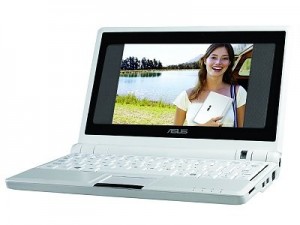 The Asus EEE PC broke into the market a year ago, shipping with a Linux operating system and a solid state harddrive. The price point was between $299-$399. The advantage of the Linux system + solid state harddrive is that the computer boots up almost instantaneously. The screen size was about 7″ and the weight of the device was under 2 lbs. Essentially, it is a stripped down computer that you can shove in your handbag.

ASUS updated its specs so that the device now can come shipped with harddrives as big as 80GB solid state, Windows XP, and screen sizes from 7″ to 10″. Most devices weigh about 2 lbs but the units with the larger harddrives (such as the 80GB ones) will weigh as many as 3 lbs. The following models ship with Windows XP. The price varies according the operating system, size and type of harddrive, and the computer’s processor and thus the price is a starting point

*The price is lower because Solid State Harddrives are more expensive than the regular Harddrives
**Solid State Drive
***There is a 2GB model but it does not have Windows XP. 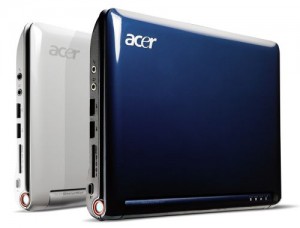 The ASUS was so popular that other manufacturers began getting into the market. ACER Aspire One is one of the most affordable on the market today. The Aspire One has only one configuration at a price point of $350. The Windows XP version offers a 120 GB harddrive and an 8.9″ screen, weighing in at 2.2 lbs.

I’ve read more than one commenter suggest that a purchaser go with the 6 cell battery which will make the device heavier and cost more but at the trade off of getting twice as much battery life out of the device.

For travelers, it makes sense to get the largest capacity battery as possible. For home users, a plug in is never more than an extension cord away so you might not need to splurge on battery life.

Hewlett Packard offers up the HP Mini. It weighs 2.5 lbs and features an 8.9″ screen, a three-cell or six-cell battery, and multiple harddrive configurations with a starting price point of $499. JKon the Run offers a great, in depth review of the device.

The most recent contribution is a device from Dell. Dubbed the Dell E or the Inspiron 910, the mini notebook is rumored to have a $299 pricetag for its base model. It was supposed to be released last Friday but alas, it must be delayed. Here are some specs though. There are to be two models:

The Dell $299 price point is a rumor but if it is true then I foresee all the mini PC prices falling dramatically. 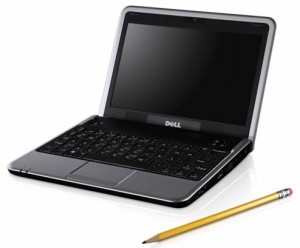 Because the mini pcs run Windows XP, any Windows based eReading software can be used on the device. That opens up the field for my favorite desktop application, Gowerpoints uBook, but also the commercial ones such as Mobipocket, eReader, Adobe, and MS Lit.

If you have a laptop, you might check to see if you have this ability as well. (Mine does and is accessed via the Control Panel -> Display -> Properties -> Settings -> Advanced). There’s a handy guide for comparison of mini PC features and prices at Liliputers. Even better is the rumors of Mini PCs with touchscreens. Last week Albatron showed off its TeePC Mini and HP is considering adding touchscreens to the next iteration of the HP Mini Note. If you are handy, though, you could turn a 8.9″ ASUS into a touchscreen.

Basically, there are a ton more options for the ebook Reader today than there were just a year ago. I think it’s kind of an exciting time to be an ebook Reader. Uncertain? Stick around. I’ve convinced more than one person to buy an ebook Reader and many of them have not gone back.