Ownership in the Digital Age, Part 1 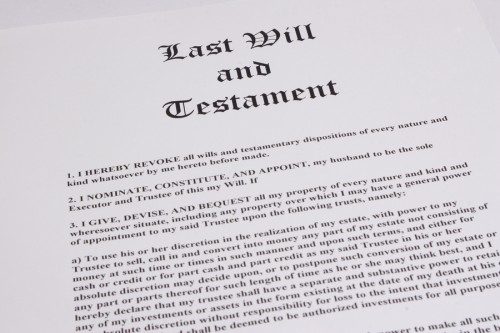 The owner of a particular copy or phonorecord lawfully made under this title, or any person authorized by such owner, is entitled, without the authority of the copyright owner, to sell or otherwise dispose of the possession of that copy or phonorecord.

(Emphasis added). With physical items, like one book, the interpretation of the right of first sale is straight forwarrd.  Once you’ve bought the lawful copy, you get to do with it what you want.  It’s viewed as a tangible personal property which can be resold, traded, loaned, decoupaged, and bequeathed to heirs.

The scope of the First Sale doctrine has been limited in recent years.  Currently in front of the Supreme Court is the question of whether a foreign produced product imported without the permission of the rights holder can be resold without permission.  In Kirtsaeng v. John Wiley & Sons, Inc.,  Kirsaeng was a Thailand citizen who came to the US for college.  He sold John Wiley & Son textbooks in Thailand and resold them in the US. John Wiley & Sons (a US company who had sold the books in Asia through an Asian subsidiary) sued him.  This is a revisiting of the same issue that the Supreme Court faced in Costco Wholesale v. Omega where the court had a split decision of 4-4, with Justice Kagan abstaining.

Thus the question of First Sale implicates rights beyond the right of RESALE to those that would include the right of bequeathment.  Or rather, will one be allowed to pass on their digital library collection to their heirs?

John August, a scriptwriter and Grammy nominated lyricist, contemplates a future in which there is no ownership, only access to streams of entertainment.  Jeremy Dylan, a writer/producer out of Australia, laments this “dystopian” future and says it is the result of a devaluation of entertainment media:

This transition away from ownership and towards a renting/streaming/cloud-based method of experiencing entertainment is a consequence of the devaluation of entertainment products that has been in full force since the beginning of online music piracy over a decade. Young people don’t like paying for shit at the best of times, but these last couple of batches of young people don’t feel like music is something that should be paid for. I should know, I’m 21.

Book prices, particularly for backlist titles and new authors, are being pushed down by the influx of self published books.  According to Mark Coker of Smashwords, the optimal price of a book is somewhere between $3 and $4.  With those prices, few traditional publishers or even digital first publishers can make a go of it.  Entangled, for example, prices are relatively low, but it is publishing through Kindle Direct and PubIt! which allows the publishing company to harvest 70% of the retail price instead of 50% in a traditional wholesale agreement.

A few months ago Mike Cane posted a long piece about the applications for the .book domain extension. I really don’t understand how one organization determines who gets to “own” the domain extension, receive payment for the sale of those top level domains, and controls access to the domain. It sounds alarming but I’m completely uneducated about it. What did catch my eyes was the language in one of the applications* that Mike excerpted which suggested that digitally we are moving toward access instead of ownership.

Ownership and value march hand in hand.  Dylan argues that devaluation brings about access only business models where as I have argued in the past that ownership can increase value.

To own something means you have the right to dispose of it – either delete it, resell it, or even remake it from something like a book to a purse.  Maybe most important, it means you can bequeath it to another.  Once you lose those rights, the digital media becomes disposal.

Supporters of digitally-distributed media had a scare last week when rumors (quickly proven false) circulated that cloud-based game serviceOnLive was going out of business. In the blink of an eye, consumers were faced with the possibility of losing any subscriptions or access to full-priced games they might have purchased through OnLive. That eventuality is a worst-case scenario, but it led me to reconsider my attraction toward digital product.

Anything that is perceived as singe use or limited use will automatically be lower in value in a consumer’s eyes than property that a consumer has the right to possess exclusively against all others.  What the Supreme Court decides in regards to the right of first sale for digital media may forever affect the way consumers value entertainment.  Next week a review of the arguments pro and against in the ReDigi case.

*The application reads like a manifesto against DRM. “Moreover, the future of reading is being held hostage in a format ?standards war? over versions of proprietary technologies with little regard for a consumer?s need to collect and preserve their purchases as formats and standards evolve.” However, the arguments are being used to justify the applicant’s control over the top level domain which they intend to turn into a direct to consumer purchasing portal. I.e., hungergames.book would lead to a site which aggregates reviews but mostly provides for a direct way of purchase.