The case of the used digital book store 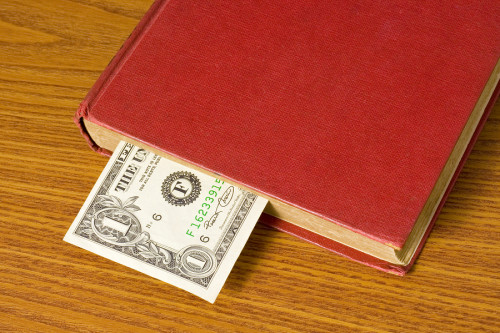 In January 29, 2013, Amazon was granted a  business systems patent for the sale of previously owned digital products. This patent was applied for in 2009 and Amazon has done nothing to indicate that it intends to set up a used digital bookstore either when it filed for its patent or when it received approval for the patent.

The news of the patent grant led to much Internet speculation that Amazon would soon be opening a digital marketplace for previously purchased digital goods.   While Amazon is not the first company to have contemplated a used marketplace for digital goods, it is perhaps the largest name to be connected with such a concept.

In fact, at least one other company related to books called book.ish  out of Australia  has put forth the idea of bringing greater ownership to readers by allowing the resale of digital goods. A popular company known as Steam commands approximately 50 to 60% of the digital distribution of videogame software.   Steam does not develop videogame software but instead is a digital rights management company which sells access to digital  video games.  While the right of first sale hasn’t been decided in the US, in 2012 the European Court of Justice determined that digital software and games could be resold so long as the original purchaser does not keep a copy of it themselves. Valve, the company that runs Steam, has been sued in Germany for the right to resell access.

In the United States, a company called ReDigi  started a business to resell iTunes MP3s. Capital Records, among others, have sued ReDigi  for copyright infringement. Currently the  parties to the lawsuit have filed opposing motions for summary judgment, or legal documents requesting the court to rule in their favor. The court has not ruled on those motions but when it does,  it will have far-reaching effects on the concept of ownership and digital goods.

While authors and publishers look at the resale of a digital good as something just a step up from piracy, consumers see this as an acknowledgment of ownership rights.   Or in other words, there are two sides to every coin.

While the ReDigi business model does not divert any funds to the original creator upon resale of a  record or album, it is likely that any  marketplace set up by Amazon for  used digital goods would be very much like the existing lending system Amazon has in place for digital books.

For those unfamiliar with the Amazon lending program, owners of Kindle devices have the opportunity to borrow  one book each month  from a pool of eligible books. The authors and/or publishers are compensated for each lend from a pool of money that Amazon makes available to those content creators participate in the lending program. It should be noted that only Amazon Kindle device owners can take advantage of this program. You cannot access the lending feature from a  Kindle app downloaded to your Android or Apple device.

For the most part, Amazon lends only books for which the content creators have given permission. when Amazon first launched the lending program, there were titles included in the program which Amazon had not received specific permission to include. For those titles, Amazon was paying  their wholesale price for each lend.   Since then, most if not all books in the lending program are included on a contractual basis with the publishers or authors participating.

In addition to the Kindle Owners Lending Library, some books have a reader to reader loan feature.   Each book that has that feature will include “Lending:Enabled”  at the bottom of the product details section of each book listing: 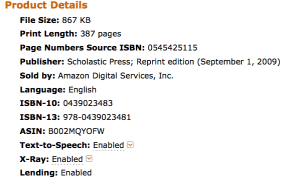 A purchaser of the book that has lending enabled can loan that title for 14 days to any person with a Amazon account and a willingness to download an Amazon App. Reader to reader lending via Amazon does not require a Kindle device.   During the lending period the original purchaser does not have access to the title.

One of the arguments against allowing the resale of digital goods is that the original purchaser will keep a copy for themselves while selling a copy for their own profit. This of course assumes the majority of book buyers are dishonest and criminal.   But it also ignores that readers can engage in this activity while  participating in the Kindle Owner Lending Library program as well as the reader to reader program.

Amazon has the technical capabilities of implementing a digital used bookstore at any point. I do not believe, however, that Amazon will launch a digital used bookstore without  agreement of the original content creators. It is not in Amazon’s interest to drive content creators away from its Kindle platform. Whenever I see authors accuse Amazon of anti-author behavior,  it demonstrates a misunderstanding of how Amazon is attempting to circumvent and disrupt traditional publishing.

Amazon is in a greater position of negotiating power today due to  the success of non-traditionally published books. The self published author who uses the Kindle direct platform and has success in doing so provides Amazon with greater power in the publishing industry then when it solely sold books produced by others.   Amazon has no  incentive to drive away self published authors at this juncture.

The second legitimate concern regarding the resale of digital products includes the  durability of a digital good. There are no studies that I can find that indicate how long a physical good lasts  although it has been said anecdotally that a used book will have nine owners. A digital book can be sold and resold an infinite number of times with little or no degradation.

In its patent application, Amazon does contemplate restricting the number of times a digital good could be sold and it may be that Amazon would tier the price of a used digital good based upon the number of owners it has had previous. Thus if you purchased a book that had been sold five times previous, Amazon’s resale value of that book would be reduced proportionately.

Digital book prices have been falling consistently since the Kindle was originally introduced in 2007. According to independent booksellers like Smashwords and All Romance Ebooks, the file has not been precipitous but steady.   It is possible that with the increase of rights associated with the digital book  such as the ability to resell and recoup the financial outlay,  consumers will be more amenable to a higher price point for digital books.

It is also possible that increased volume may result from lower priced books which could benefit the content creator should the  used marketplace created by Amazon for digital goods returned some amount of  revenue to the original content creator.   Given the  uncertain state of the law regarding use digital goods, it may be that Amazon launches a digital use marketplace in the European Union or Germany or Australia before such a marketplace is introduced in the United States.

Ownership of digital goods is an important property issue that needs to be decided with some finality here in the United States; not only for current consumer  usage but for inheritance rights as well. There are a number of rights to be balanced in this argument but I would hope we would not forget that the consumer has rights as well.