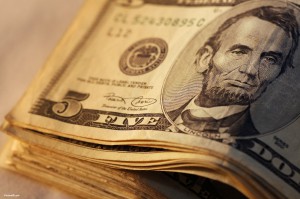 I have a number of thoughts running around my head over the Agency pricing resolution and the post settlement state of affairs.

1)  Will Agency pricing be brought back in two years.

Per the terms of the settlement, publishers’ right to control prices will return in two years.  The question is whether the publishers will ask for this from retailers and whether retailers will agree.  As John Sargeant said, agency pricing is only worthwhile if every one is doing it.

[W]hen Random House agreed to be bound by the Penguin settlement, it became clear that all five of the other big six publishers would be allowing the whole agent’s commission to be used as discount, and Macmillan’s stand-alone selling at full agency price would have no impact on the overall marketplace.

Publishers can pull their books from retailers who do not agree to adopt Agency pricing as Macmillan did with Amazon back in 2010.  But we do not know whether Amazon caved because it was aware that all the publishers were going to impose it or because of Apple or whether Amazon feels threatened by the absence of a particular publishers’ catalog.

My best guess is that publishers will not ask for full control over pricing, but will try variations such as the one suggested by the settlement.  That form of Agency pricing allows retailers to discount but the aggregate dollar amount of the discount cannot exceed the aggregate commission.

2)  Will all the publishers allow their books to be coupon or loyalty club eligible?

They should be.  In the Impact Statement, the DOJ asserts that the agreement contemplates the following:

An e-book retailer that enters an agency agreement with a Settling Defendant under Section VI.B would be permitted to discount that Settling Defendant’s individual e-book titles by varying amounts (for example, some could be “buy one get one free,” some could be half off, and others could have no discount), as long as the total dollar amount spent on discounts or other promotions did not exceed in the aggregate the retailer’s full commission from the Settling Defendant over a one-year period.

However, we have seen that there are several publishers’ books whose prices are not being coupon eligible at places like Sony or Kobo or available for inclusion in buying clubs.  It could be that the publishers are still negotiating retail contracts or it could be that publishers are asking for things (like accounting for the discounts so that the aggregate amount is not exceeding the commissions) that are simply too onerous for retailers, other than Amazon (who has been discounting publishers’ books slightly), to undertake.

So, in theory yes, but in practice, I would guess that discounting will remain the province of the retailers who have the ability and willingness to cede to the publishers’ accounting requirements.  This doesn’t help retailers to compete against Amazon but instead gives Amazon a greater tool in its arsenal.

3)  The success of low priced books will affect the pricing of major publishers’ books more than Amazon’s discounting.

Amazon hasn’t discounted books dramatically. Instead, individual authors self publishing are driving the prices down.  The top selling books are usually under $3.99. Both Smashwords and AllRomance, the price of ebooks have declined in the past year.  Smashwords says during the period of Agency pricing, the average price of books declined from $4.16 in October 2010 to $2.97 in March 2012.  Lori from All Romance said “the average retail price of eBooks, from $4.66 in 2010 down to $4.13 in 2012.”
Recently, NAL acquired “The Submissive”, a book that was put out through a pulled to publish company.  The pre acquisition price was $7.99 and after NAL acquired it, the price was dropped to $5.99.  Intermix, the digital first publishing arm of Penguin, is putting out full length  novels at the $2.99 price point.
Carina Press is experimenting with price points by discounting all its novel length books to $2.99 during the month of their release and for the pre-order period.These pricing experiments are coming about because of the success of low priced books raising the profile of authors and generating discovery; not because of Agency pricing.