REVIEW: Two Against the Odds by Joan Kilby

That’s hardly his most winning opening line, but Rafe Ellersley isn’t here to make friends. He’d promised himself-‘and his boss-‘that this audit would be different. This time, he would be the consummate Australian Tax Office investigator. Cool, detached, professional. He’d bring Lexie Thatcher, tax-dodging artisan, to justice with ruthless efficiency. No more bending the rules. It’s the only way to save his job.

But Lexie proves a far greater challenge than he’s been prepped for. Her world is a crazy canvas of chaos and confusion, complexity and color, unlike anything he’s ever known. So who can really blame a tax guy like him for what happens next….

I know I’m not alone in dreading the thought of getting that first line of the book blurb delivered to me. Years ago in an episode of “Roseanne,” she and her husband Dan were trying to get their taxes done and every time the IRS was mentioned, there was this ominous Da Da DUUUUUM! music played in the background. But on the other hand, I love to see accountants made sexy so the same blurb made me want to dive right into this one. 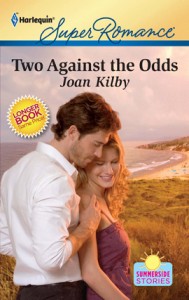 From your author bio, I noticed that you’re Canadian yet the book, the last in a trilogy that I want to go back and read the first two at some point, is set in Australia. What? Are there no hot accountants in Canada? There must be. Show of hands- who knows an accountant from Canada they’d jump in a heartbeat? All right, enough joking and playful banter. I’ll get to the review.

I’ve been reading romances for years and there are few tropes I’ve not come across nor ways into or out of conflict. Usually I see the resolution coming from a mile away and can almost write it myself. I’m used to characters being presented with potentially awful outcomes yet somehow things miraculously come about. Here, I honestly didn’t know what you were going to do and how things would turn out. The twists and turns actually surprised me and made me amazed at the risks you’ve taken in a romance book. I’ll bet that some people aren’t going to like the reality that you slap the characters with but I found it refreshing. I will issue a warning that people who have had trouble conceiving might want to think hard about reading this book. That’s all I’ll say.

One of the main conflicts in the book is that he’s a practical accountant while she’s a new age artist. So it was important to me that we see Lexie and Rafe at work and that this is an integral part of the story. For Lexie it’s ‘being blocked,’ sketching to clear her mind, dreaming of the inspiration for the background of her current painting, and how much effort she puts into not only the actual art work but also getting it ready for show.

Rafe has his spreadsheets, receipts and computing. There isn’t as much of him as fisherman but you do include his methodical hunt for the perfect boat. I like the
interesting twist about Rafe and his job – the guy has a heart about audits and it costs him. His dream comes at a price and the dream isn’t springing into being full fledged and perfect from the start. It’s another reality check but so different from usual “character takes a chance and everything works out instantly.”

Another conflict in the story is the age difference. It’s a big one – twelve years. You have some fun with it though. I love that Lexie is sexually secure and willing to go for it and tell Rafe what she wants and when. And even though Rafe initially sees it as her offering favors for a better audit, they have fun in bed as well as great sex.

Rafe doesn’t act all noble about the sudden pregnancy entering his life. He acts trapped – like a 26 year old single man with dreams might. He says some awful things to Lexie which they’ll have to get over yet he’s honest with her about how he feels instead of lying about it. And then he does come through with the child ceremony which I thought was touching.

The book has a lot of humor too but it’s the low key, natural style I adore. The scenes of Lexie’s mother Hetty asking Rafe for a man’s advice about her marriage and how to spice it up are hilarious. And while I don’t think Rafe’s ever going to go for peppermint tea, he likes the crystals in Lexie’s windows. I love her cats, Yin and Yang.

I love the sexiness, love the humor, love the fact that the characters don’t just fall into the prescribed romance patterns. Rafe really isn’t ready to be a parent yet and no amazing sonogram is going to change that. There are no instant parental bonding moments here where nature takes over. Let me just say “wow” about that. Lexie wants to be a parent but the timing is off for her too with her career demands. Will these two make it work? Who knows but as they say, the odds are 50/50 anyway and they could be in love, could still be together despite age difference. I also love that they are realistic about the odds and things stacked against their long term survival. Though those are a bit sobering the fact that they’re still trying despite everything says something. They are attracted but do want more than just the great sex that they have.

The story has bittersweet accents – Rafe’s parents and his father losing his dream while his mother got her’s in a different way. Lexie just might never be able to have children at her age. The fishing charter business will need a lot of effort to work out. Hetty and Steve are still working on their marriage. But last page seems very optimistic to me. B for a book I’m very glad I took a chance on.