REVIEW: The Phoenix by Ruth Sims 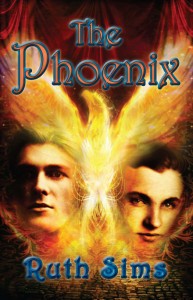 I honestly wasn’t sure what to expect of a Gay Victorian romance novel written by a mid-west cookie baking grandmother. But I guess it just goes to show that 1) readers should never prejudge a book and 2) any author can write about anything if the story is in them to be told.

This really is in the vein of the long Victorian novels of yore. We get two protagonists both of whom had bad and good childhoods. Jack Rourke and his twin brother Michael are the sons of a whore and an abusive sailor father. Raised, if you can use the term, in the rookeries of London, most of what they know is being poor and being beaten whenever their father’s ship docks.

Jack has found an escape in the company of a troupe of actors and a mentor in its lead actress. After a final, horrible confrontation with his father, he escapes with her help and is adopted by her wealthy brother into a world he could never have imagined. Taking the name Kit St. Denys, he becomes one of England’s most accomplished young actors leading a true rags to riches existence.

Nicholas Stuart, raised in the country by his stern, ultra religious father to be a physician, finally broke with his family when he couldn’t stand the restrictions imposed by them. After graduating from medical school, he moved to London and opened a clinic for the poor. His path finally crossed with the magical Kit and both realize that the other is someone special. Kit is more willing to accept their sexual attraction while Nicholas is swamped by guilt even as he continues to crave Kit’s company.

The two men don’t understand the reason for the attraction nor do Kit’s friends and associates. But it’s there, it’s powerful and for a while the two are happy. Until a falling out sends Nicholas fleeing to America and into a marriage he hopes will “cure” him of his desire for Kit.

Furious at his abandonment, Kit vows to track Nicholas down. What neither man knows is that a world of love, pain, heartache, triumph and revenge will come before their story is complete.

I’ll make a confession here. Sagas really aren’t my thing and this is one mother of a saga. Again like a good Victorian novel there are twists and turns and turns and twists and lots of stuff that happens. A chunk of the book follows Kit from 14 to his early 20s, then Nicholas from birth to later 20s, then everything that happens afterwards. There are tons of characters, lots of torrid emotion and honestly, I felt like it went on and on and on. And on. I used to like this kind of story. I find that isn’t the case anymore.

In this extensive journey through the Kit’s and Nicholas’s lifestories, you show us everything about them. There are no surprises as to what has shaped and molded them, their views on life and sin and the world. As such, I felt that as the story progressed further, there was nothing for me to learn, nothing to show me but these two angsting and tilting against each other. Therefore, I didn’t truly feel emotionally invested in finding out what happened next.

I have to also admit to a slight peeve. For a while after Kit was adopted, I began to feel like he was becoming almost too perfect to be true. He was a natural at fencing, dancing, and horseback riding. He soaked up reading and history, French and deportment. I wouldn’t have been surprised if you said he learned Icelandic in a weekend or something. I was getting set to hate him when you were kind enough to give him a few flaws in maths and map reading inability.

From what I’ve heard of the acting world, it seems like you captured it well – the love of the smell of greasepaint, being the center of attention, feeling they live in their own little world, needing to recap their triumphs and missteps in after performance parties.

Also, I like that Kit’s fellow actors and actor friends just didn’t “get” what Kit sees in Nico, as Kit calls him. But isn’t this often the case? Close friends can’t know what holds a couple together as they’re not in on the relationship. However I wanted to get what it was about Nico that soothed Kit’s nightmares. Why it was Nico or no one. And I never understood this beyond Kit just insisting it was so. And at one point, Nico came off as sounding like a crisis counselor – you must face your fears. You can’t let them control you, etc, etc. It seemed a little too advanced psychology for the era but perhaps I’m mistaken.

I’ll cloak this next bit since I would call it a major spoiler.

By this stage in the story, it was a slog for me. An endless soap opera. On and on and on. The last third of the book seemed to go on forever. And Nicholas’s poor wife Bronwyn. Did she and David Galvin get together? Does she find anyone or are we to be left to think of her as a harridan from hell? Honestly, I don’t blame her for her anger or her reaction to the truth about Nicholas. He lied to her for years, cheated on her then asked for a divorce. Even if it was on the grounds of his desertion of her, she’s still going to be held to blame by a lot of society. 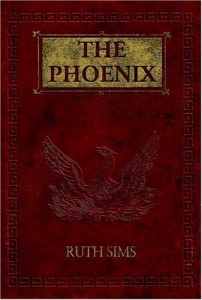 And my final thoughts of Kit are that he’s a self absorbed brat. Twice he runs off and lets Nicholas think he’s dead. When I end a book having more sympathy for Nico’s poor wife than I do the two “heroes” then something is wrong. Even my interest in Nico’s later venturings into the new realm of psychology couldn’t jump-start the story for me. Though I agree with Ina that nurses aren’t paid nearly enough to put up with the manhandling that she got from Kit.

Kit and Nico both have difficult childhoods but in different ways. Kit endures harsh physical punishment and lives in squalor while Nico endures religious fervor and turns in on himself while trying to live up to impossible standards of moral perfection. You throw every obstacle except the kitchen sink at them before finally calling it quits yet still don’t tell me how they’re going to live together in a time when homosexuality was still a crime. Ultimately, when I finished the book the whole thing just depressed me and made me feel like I’d run 2 marathons. I just wanted to stagger off to bed.

I don’t hold you to blame for the fact that the style of story you chose to tell is one I no longer care for. But I did want to feel something more than pity for a poor, put upon wife or relief that Kit was finally maturing enough to go back to Nicholas – who I felt should have boxed his ears. Maybe after reading so many glowing reviews for the book I expected more. But it’s not what I got from the experience. C-

This book can be purchased in trade paperback from Amazon. Kindle format only that I can find.