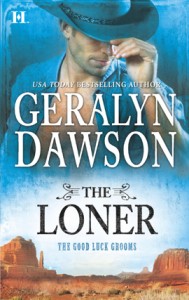 My goodness it’s been years since I read one of your westerns though I do have them piled up somewhere on one of my TBR mountains. Now if I had them as ebooks, as I do this one, they’d be easy to locate. I love ebooks. And I started out loving this book. I read another review of it in which the reviewer said it reminded her of cheesy westerns. And it it does but I got into the swing of it and just let it ride. Great characters, funny, witty dialogue, good period feel…I was cruising along and having a wonderful time. Until the last section that is. But let’s hold off on that just now.

Gap Tooth and the woman followed Logan out of the lobby into the office hallway. He’d take them to the president’s office. On a previous visit he’d noted a large vent cover on the far interior wall. Unless a better idea occurred to him in the next thirty seconds, he’d try to lure Gap Tooth there and tell him it was the tunnel entrance. If he could get the outlaw to bend down, he could surprise him with an elbow to the chin followed by a gun to the gut. Once he had control of the situation, he’d force the bandit to-‘

Whoof. Thunk. While Logan turned toward the sound, Gap Tooth dropped to the floor like a stone. “What the-‘”

“If I’d known you’d be so slow to save us I’d have kept the gun myself,” the violet-eyed virago hissed as she grabbed the weapon from Gap Tooth’s hand.

Logan gawked at the gunman now writhing on the floor in pain. “What the hell did you do to him?”

“He loosened his hold on me, so I pulled away and kicked him in the private parts.”

Damn. Logan braced his hands on his hips and grinned.

On the floor, Gap Tooth let out a loud groan. She exhaled a snippy sigh, grabbed the handkerchief from Logan’s jacket pocket, then knelt down and shoved it into the gunman’s mouth to muffle the noise. Color stained her cheeks and frustration filled her eyes as she glared up at him. “Now, are you going to help me or do I have to do this alone?”

Good Lord, she was magnificent when in a snit. And she wasn’t wearing a wedding ring. How handy was that? “What’s your plan?”

“I don’t have a plan. I thought you would develop one. You have much more experience at this sort of thing than I.”

Logan used line cut from nearby window drapes to bind the would-be robber and secure the gag. “You know who I am?”

“Have we met before?”

At that, she stared at him, her mouth slightly agape. Logan got the impression that for a moment, she considered pointing the villain’s gun at him. Instead, she drew herself up, squared her shoulders and said, “Let’s save the hostages now, shall we?”

Lucky Logan Gray and Caroline Kilpatrick have some history. Not that Logan rememberes it even after Caroline helps him thwart a bank robbery. Or after she shows up at the impromptu dinner celebration his friends hold for him. In fact she has to spell it out, complete with gory details before he finally recalls what their past relationship had been. And then she sideswipes him with something else he didn’t know. And that something almost brings him to his knees in shame. There’s no question but that he’ll help her, along with his two best friends, to right the wrong and save the day.

If only Caroline hadn’t lied to him to get his cooperation. She feels really bad about that but needs must and she can’t think of any other way to get the job done. She feels horrible after one of Logan’s friends is injured and truly wretched when Logan finds out the truth and immediately doubts all she’s told him. But by then the situation is totally out of control and she realizes she’d still do anything to fix it.

The first thing I noticed about Caroline is how competent she is. Cool under fire, she improvises during the robbery and saves the day. She’s no fainting miss, listens to instructions, has a good reason whenever she feels the need to disobey them and is generally handy to have around when the chips are down. Her reason for lying to Logan makes sense, even to him once he’s calmed down. She cares about those around her, doesn’t hesitate when necessity demands, and is an all around good heroine. And after watching heroines take nonsense from their heroes for years I did love this following scene.

Caroline scrambled after him. “But-what about me? What should I do?”

He stopped, glanced over his shoulder. “Honestly, Caroline, I don’t give a flying rat’s ass what you do.”

He saw her jaw drop before he turned away. “Excuse me? What did you say?”

He took one step away, then two. A part of him expected to hear her screech or protest. Another smaller portion thought she might run after him and beg.

Nothing-‘not even his sixth sense-‘gave him warning of the clay pot that hit him square between the shoulders and came damn close to knocking him down. What the hell? Glancing down, he spied the head of a red geranium propped atop his left shoulder. He slowly turned around.

Caroline stood in the street, mayhem in her eyes, her chest heaving, her complexion almost as red as the flower she’d whacked him with. Heedless of the pedestrians around them who stopped and stared, she snapped, “You can walk away from me, Logan Grey. You can ignore me. You can divorce me, for that matter. But I’ll be hanged if you’re going to talk to me like I’m cow dung on the bottom of your boot.”

“You throw something at me again, woman, and I’ll put you over my knee and tan your hide.”

Logan is the angst bunny of this duo. But then he also has good reasons. When he finds out Caroline’s initial reason for contacting him, he’s devastated. A real man wouldn’t have left her holding the bag and he’s going to make up for it come hell or high water. Then once he discovers her lie, he does rightfully get mad but then – glory be – he gets over it and buckles down to get the job done anyway.

“Whoa.” Logan held up his hand, palm out. “Just hold on there a minute. What do you mean, we?”

She braced herself and gathered her thoughts. She had expected this discussion, so she had her arguments prepared. “I’m going with you.”

His scowl turned thunderous. “The hell you are.”

With forceful, jerky motions, Logan reassembled his gun. “Don’t be stupid, Caroline. You are a woman. You would be more hindrance than help.”

Typical man. “Oh, like I was more hindrance than help to you during the bank robbery?”

“How? You needed my help then and you need it now. You no longer have Cade to watch your back-‘”

“Who’s fault is that?” he snapped.

“One more time, I’m sorry I caused Cade to be on that train. I feel terrible about it. I’d give anything to change what happened, but I can’t. But you need to be done with that now, Grey. It’s not helping matters.” He sneered at her then, but she ignored it and continued, “I’ve been thinking about this. When Cade got hurt it made your job a whole lot more difficult. Not only do you need someone to watch your back, you need someone to help you slip into Black Shadow Canyon. Last time you pulled off that feat, no one knew who you were. That’s not the case anymore. You’ll need a disguise. What better one than me?”

He set down his gun, folded his arms and sighed heavily. His eyes flickered with reluctant interest. “What do you mean?”

Well, fancy that. For the first time since everything fell apart between them, he had actually listened to her.

I goggled that these two don’t hang on to their misunderstandings and milk them to the last drop. That they talk to each other. That they call each other on BS and still manage to work together. That when they inevitably succumb to the passion that’s been brewing between them since day one, they make sure there’re no baddies lurking around. I like that the bad guys really are bad and that they get what’s coming to them. That Logan’s friends are true and that the reason Caroline lied to Logan leads to a realistic conflict that they have to work out. I also like that even though this is related to tons of your other books, you don’t drag in every past character into the action of this book.

Indeed, this book was headed towards possibly an A- up until the last pages. And then, well let’s say whenever I reread it I’ll be stopping at the part after they finish taking care of why Caroline initially contacts Logan. Often my problem with books is that the romance is too rushed and I feel the couple needs more time before I’ll buy a HEA. With this book, I actually felt the story was totally served and not only was there no need for any more but that it flew in the face of almost everything I stated I liked in the paragraph above. And so I end giving the book a B when I wish I could have graded it on the vast majority of it that I loved.