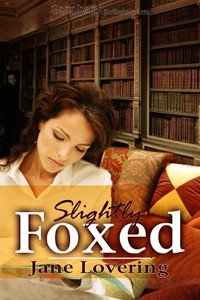 They say you’ll know when you’re in love. What if you don’t?

Alys, a single parent and certified romantic disaster area, is always falling for unattainable men-‘the latest one being the dead author of a "borrowed" book of poetry. When she reluctantly returns the book to its rightful owner, she meets Leo. He’s very much alive, very much attracted to her and, well, it’s love at first sight.

After all, she’s a single mum with a boring job in a bookshop and, as her daughter puts it, gravity’s not going to hold off forever. Leo’s got the financial stability she’s been craving and he looks like an aftershave advert. So it must be love.

Then there’s Piers, whose spontaneity draws her like a magnet. But is it love she feels, or just his infectious love of life? Before she can choose, an unexpected source threatens to lay bare the lie she has been living for the last sixteen years.

With happiness close to slipping out of her grasp, Alys is forced to ask herself whether she’s ever really been in love at all.

The question of whether or not a person knows she’s in love. Lots of books feature love at first sight but what if the heroine genuinely isn’t sure? What if a guy is perfect, meets all her criteria, ought to be The One but she’s still not able to convince herself? How will an author work that out?

Another plus for me is the heroine. “Slightly Foxed” is more an adult Chick Lit style with Alys being a 36 year old mother of a 16 year old girl. Hey, I’ll never see 36 again but it’s nice to read about a heroine of that age who’s still attracting attention from men. She has obligatory Chick Lit dead end job working in a bookstore, lives in England – though in York for a change from usual London. Alys two men in her life and leads the reader on a merry chase before finally deciding on who the Right One. I like that she faces some harsh truths about herself and goes into the final relationship with open eyes.

Revealing who Alys finally realizes she’s in love with needs a spoiler to hide who she ultimately goes for. Though of course everyone in her life can see who truly fancies her and who makes her light up in his presence.

Since I’m a long-standing cat fancier, I love Grainger, the grouchy curmudgeon in fur, and Casper the kitten stand-in for tissues. Though I cringed to see Alys seemingly abandon them at the end to head off into the sunset with her true love.

The humor had me in stitches such Alys’s views on Devon.

Past? From where to where? On a tour of obscure backwaters which haven’t featured anywhere since the Domesday Book writers rode through and thought, Oh, go on then, might as well use up this ink?

Or her thoughts as Leo kisses her

He grabbed me very firmly by both shoulders and kissed me deeply. I’d got used to being kissed by men who made the event feel as though my face was being attacked by half a pound of raw liver, but Leo-‘well, let’s just say he was hot.

or has to change a flat.

I was glad that Leo was happy to do the macho thing with jacks and wheelbraces while I sat on the verge. I’d thought he was too good to be true. He’d not shown any of the signs that men who wanted to date me normally displayed, i.e., traveling everywhere by bus with a stolen pensioner’s pass. Now he was, whoa, taking his shirt off. There was a sudden, almost reverential, lapse in my thinking ability while I watched a Diet Coke ad come to life in front of me.

And what woman, once she’s seen it, can forget the Diet Coke ad! Grrrrr, yum.

I delighted in the sharp descriptions.

Webbe’s stood at the tail end of one of York’s most popular tourist streets, where all the shops were so old and bent together that they looked like a pensioner’s outing. The bookshop’s walls hung unwillingly towards its next-door neighbour, an antique shop which sold overpolished copper warming pans, and with whose owner Simon carried on a viciously polite war of attrition over pavement space. The entire area was so self-consciously historic that I felt I should tint myself sepia just to work there.

Seventeen years of containment, of a memory dam which had resisted all other forces, gone in one night. Now, it wasn’t so much a question of facing the music, more of facing a full symphonic orchestra with a nuclear string section.
I staggered out of bed, wincing as my feet touched the floor and my legs
straightened. There was a cracking sound from my spine as I reached full height and dragged myself over to the small low window by judicious use of pieces of furniture. I had to lean quite heavily on the sill and close my eyes until the outside world stopped spinning, and I could get a proper look at it.
Oh shit. I mean, really, really shitty shit. With a big side order of fuuuuuuuckkkk.
The view wasn’t familiar. Not exactly. But I did know where I was. Oh God,
someone was going to die for this. It might be me.

Alys’s former husband turns out to be a good egg and not as oblivious as Alys hopes. Which speaks well for her since I hate it when a heroine’s choices in men make her look like a moron. Alasdair will be a good father to his second child as well as continuing to provide for Florrie. Alys’s relationship with her teenage daughter is great. One minute teenage angsting, the next reverting to a little girl’s despair for her aging pet, all followed by signs of the mature young woman waiting in the wings.

I have to ask where Pier’s use of “Ma” comes from. All I could think of were the famous “Ma and Pa Kettle” movies. I have never heard anyone use that term. It’s always Mom, Mommy or, if her offspring are peeved, Mother!

The epilogue…well let’s just say epilogues and I don’t usually get along well and this is a prime example of why. ‘Nuff said. The pace is at times a little slow but I thoroughly enjoyed the overall journey. B

→ Jayne
Previous article: Lazy Authors Get Publisher to Hire Forgers for Autographs
Next Post: The Mini PC As an Ebook Reader