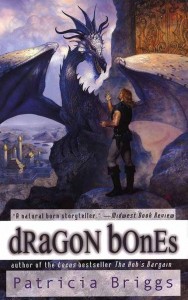 I always approach an old favorite with trepidation. So often they were favorites because of the person I was at that time in my life, and having changed, they no longer affect me as they once did. But sometimes I’m lucky and I find that it was something more timeless and I love the book as much as ever.

I’m a long-time lover of science fiction romance, and have been reading it since the 70s, even though I didn’t have any concept of the sub-genre at the time. I’m going to be revisiting some of the classics, those books considered must reads that I haven’t read in ages. I expect that I won’t love some as much as I once did. I’m happy to say that the first I chose, a favorite of both mine and Jane’s, is one of those timeless ones, your Dragon Bones / Dragon Blood.

Honestly, I was hard-pressed to come up with any criticism of this book. I sat down after re-reading it and tried to come up with something I’d have changed had I written it myself, and I couldn’t think of a thing. That’s the way it is with a book you see as a classic, I suppose. There are a couple of things that I think others might complain of though, so first I’ll describe why I love these books, and then what I think might give romance readers pause in reading them.

One thing I love is that, though this is a fantasy and a very original one, it feels very real. Ward, the main character, is someone I believed in, a real human being, and I was with him every step of the way. He’s a hero, but more of a hero that fell into his role. Ward is a natural leader – people respect him. Part is because of his noble blood line, part is because of his size and strength. But Ward has a problem. When he was young, his father beat him so severely it affected his brain and rendered him unable to anything but simplest magic, his ability to Find things. It also affected his thinking.

His father saw him as a rival, and didn’t want to be killed off the same way that he himself had killed his own father, so he’d attacked and rendered Ward harmless. Or so he and everyone thought. Ward still had some wits about him, and to protect himself played the harmless imbecile, though one powerful enough to hurt those who harmed the ones he cared for.

When the story opens, Ward’s father dies. Ward’s uncle is appointed guardian. We immediately start to question the motives of everyone around Ward, and we question Ward’s ability to see clearly. How much we can rely upon his observations is something we have to learn as the story progresses. Because most of the story is told first person from his point of view, we, like his people, have to come to know and trust him.

I loved that about the story. It brought all of it that much closer to the reader, because I was right in there with his companions, only with a slightly better seat. There were layers to this story that I needed to think through to arrive at the truth.

This carries over into the few chapters told from others’ points of view at the royal court. The king sees plots everywhere, possibly because many are, and he kills anyone whom he suspects, or else places them in an institution for the insane. He becomes convinced Ward is a threat and orders him committed. 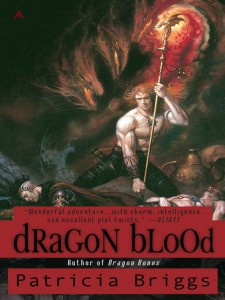 Other things I liked: The pace of the book and how they spent time where it was needed to make it more realistic. Some books jump from one action scene to the next, forgetting that much of what we learn of characters, and their growth, take place between the action. Here you used things like periods of training during travel to allow characters to get to know each other and develop relationships that are all important. This made the book flow very naturally as well from one section to the next.

It also made their struggles more convincing. Their hell lasts and hurts, and their happiness and successes feel all the more deserved because of it.

I also liked the way new characters and scenes were brought in. First we learn about Ward via first person, then are introduced one by one to the players, remembering that while the portraits seem clear that we’re seeing through Ward’s eyes and those aren’t necessarily reliable.

The world building here was quite good as well. The society was complex and drawn with a sufficient number of interesting characters that it was convincing. Regarding the magic, while this is fantasy, the magic is minimal, especially in the first book. But the use of magic was consistent and had a price. People didn’t walk away unscathed from it. This also makes the world building more convincing, as does the way your world has echoes in ours. It’s not unlike the Renaissance. It reminded me of Italy under the Borgias.

What do I think people might complain about? I know some people just don’t like first person narration, especially where romance is involved. Ward’s chapters are all first person. I think it’s vital that they are for reasons stated above. Tisala’s, the heroine’s, are third person. This too feels right, because it gave you a chance to paint a broader picture, something important in the second book.

That leads me to something that might well drive romance readers nuts. Tisala appears only minimally in the first book, and in the second book, Tisala and Ward spend a fair amount of time apart. Someone looking for a romance-novel-like focus on their relationship would probably be disappointed. This is a fantasy containing romance, and while that romance and relationships are very important to the books, the romance isn’t the point of the books.

Even thought the two spent time apart, I found their relationship to be a convincing one. They both had trust and image issues to work around, and they spend enough time talking and interacting with each other that the feelings that grew between them, and we do see them grow, made sense. By the time the ending rolls around, where they end up is where you’ve been leading them.

And while I suppose some people would have liked more romance in the first book, or at least more participation from the heroine, I wouldn’t want it. There wasn’t room. Things had to be taken care of before Ward or Tisala could even think about anything else.

This all leads to what I love most about sfr: There are no boundaries to the romance. There is no box to step outside of. Everything is unexpected, so what happens tends to hit harder because you don’t have a guaranteed HEA. So when one comes along, it just feels more potent to me, especially in the hands of someone who can make us feel for her characters each step of the way.

Dragon Bones and Dragon Blood felt like classics to me when I first read them. I’m happy to say they still do. I’d recommend them not only to lovers of sfr, but to fantasy readers who enjoy a character based story with some political kick to it. And also to paranormal romance readers who want to try a story that while it contains romance, would immerse them in a world more thoroughly than most paranormals I’ve read.

can be purchased in paperback at Amazon or in ebook format from Sony here and here or other etailers.