REVIEW: On the Wings of Love by Elizabeth Lane

Fans of historical romance novels have had slim pickings the past few years. And most of the books from which we’ve had to choose have been set in the overused Regency. Not that a good Regency novel can’t work for me but when presented with something different, something out of the ordinary I get excited. I get hopeful. I hold my breath while reading it, cross my fingers and and almost chant, please let this be good in and of itself and not just a tired, standard plot dressed in fancy clothing. “On the Wings of Love” answers my prayer.

Let’s start with the cover. Simple, lovely, conveying the era and the feelings of the hero and heroine yet without bare chests, heaving bosoms and embarrassing postures. Whoever is responsible for this artistic delight needs to be congratulated. 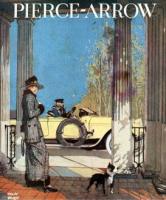 The period feeling is carried on throughout the story. Too often authors merely dump information at various intervals, throw in a few adjectives and think they’ve conveyed an era. Voila, my work is done. Not so, I say. If I feel that a heroine is just dressing up in her great grandmother’s clothes or that a hero is taking a break from his fantasy football, I feel cheated. Alex, Rafe and Alex’s parents Buck and Maude Bromley, feel like turn of the century people. Alex’s desire to break out of the confines that restricted a wealthy, unmarried girl in 1911 start with pursuits that would have been daring for her day — driving a Pierce Arrow at 35 mph, resisting her autocratic father’s demands to marry and start producing babies, insisting on helping Rafe repair his shattered biplane. She doesn’t do things which make me roll my eyes and groan. After seeing some of the lovely ads for them, I want to drive a Pierce Arrow too.

As I started reading the book I had visions of the “Long, Hot Summer” of Long Island. Even though I quickly saw that the story isn’t a retelling of this classic, Buck Bromley does remind me a little of Will Varner. He’s larger than life, blustering and swaggering through the story, wanting his only child to get married and start having babies to succeed to the empire he’s created. We’re still in the time of the robber barons and Buck is a typical one. His is the older view of women as mothers and that’s all.

But this is a time on the knife edge of change and Rafe is the newer generation that can see woman as more than baby makers. Rafe, like Ben Quick, is independent and proud. He wants to make his mark in life on his own terms. He enjoys Alex’s company, quickly discovers her intelligence and delights in her spirit. Though he does have to wrestle with his feelings about the woman he loves being in so much danger. He and Buck also differ on their views of the use of airplanes in the upcoming war that both see coming. Buck wants to exploit them to make money while Rafe tries to keep his passion for flying pure and untainted.

Maude is a woman who’s accepted that her marriage is far from perfect. Her hard won words of wisdom to Alex about love are enough to break my heart. But anyone who threatens to hurt her daughter will soon learn that Maude, while appearing to be a quiet society matron, has a backbone of steel. In the end, she triumphs and it’s her view of the Bromley business that will prevail however idealistic it might be.

Alex loves Rafe but this is balanced by her other passion — flying. I enjoyed seeing a heroine so excited about something other than how hunky the hero is. To her Rafe’s self designed plane is a thing of beauty and the freedom of flight is an intoxicating thought. I did have some problems with the number of things Alex lies to him about. Well, maybe not lies but she certainly doesn’t tell him a lot of things. The only way I could accept what she does is by remembering that she was probably used to hiding things from her father and that when the book starts she’s, let’s be honest, slightly spoiled — not terribly but she’s used to getting what she wants.

I like that her character growth occurs due to the conflicts of the plot. And also that those conflicts usually seem real instead of artificially constructed. She does grow and mature as she has to decide what’s more important – flying or her marriage. The one instance that comes from standard romance plotville is

A scene that I love is when Rafe throws her defensive arguments back in her face and makes her face up to the silly stunt she pulled just to be the first woman to fly a Falcon. Alex finally acknowledges how far her ambitions have driven her and what she’s risked by catering to them. This is also an instance of the type of scene that often results in a Big Mis in romance books and an example of the many times you gently steer the story away from the standard conflicts I’ve come to expect to read. The separations they have () are propelled by the plot and not just an excuse to send them in different directions to heighten the tension. Thanks.

I hope that romance readers will try this book and that romance editors will use it as an positive example of taking a chance on little used time periods and plots. It lived up to my hopes for it. B