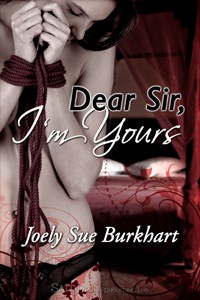 As a college professor, I had to overcome very many squicks and ethics twitches when reading about a professor who not only starts a sexual relationship with a current student but ends up spanking her over his desk as a “Final Exam.” I also don’t do well with male dominant/female submissive stories, but I liked your writing enough on your prequel posts on your blog that I decided to persevere. I’m glad I did, because I appreciated how well you depicted the BDSM. It’s just a shame that your heroine annoyed me, that you added a quirky paranormal element, and that the narrative progress better resembled a bumpy road than an arc.

Admittedly, the professor/student relationship fail was five years prior to the story. After the “final exam,” the heroine Rae is freaked out (ya think?) and runs away from Conn, the hero, who is racked by guilt because of his perceive failure–not that he started the relationship at all, but that he took her too far too fast. In the meantime, Rae marries and divorces another guy. Although they seem to live in the same town, Conn can’t find her again until five years later when his batty grandmother hires Rae, the “Fix-It Lady,” as the property manager of the B&B she wants to open. Rae signs a contract that has her living on the estate full-time with no more than five minutes of thought, changing her entire life on a whim. WTF?

But then there’s ghosts. And a murder-mystery, sort of. And a student who sexually harrasses Conn, rather than the other way around. And Rae’s abusive ex-husband shows up to harrass her. If the focus of the story is going to be the romance and/or the sexual relationship, then stick to that and don’t throw all this other extraneous stuff in. It seemed very scattered and was annoyingly distracting.

She jerked harder on her legs, trying to get out of his grasp, but he was too strong, easily holding her
spread. "You’re controlling me right now."

"No. I’m controlling myself to drag out your pleasure as long as possible. I want your ultimate trust,
that you can give me your surrender over and over and over, and you’ll feel nothing but pleasure in my
arms. It’s my job to test your boundaries, to take you places you wouldn’t go on your own, while
controlling myself so you’re safe. If you trust me, really trust me, you’ll go to that boundary. You’ll trust me to pull you back to safety every single time, knowing the power is yours, always yours. Only you can give me what I want."

"Trust me with your surrender. I’m going to make you come again and again, darlin’, until you give
me your safe word. I need to know you can say it when you’re ready for me to stop."

Rae has to realize that she’s not going to lose herself in Conn’s dominance, that Conn’s job is to protect her, rather than to completely subdue her will and personality. And Conn has to learn to control himself in order to   control her. But it’s not necessarily good policy to try to force your submissive to safeword. Admittedly, here, Conn is trying to make sure Rae WILL use her safeword for various reasons, but he does it at other points too.

The two biggest problems I had were Rae and the narrative pacing.   Rae herself was so clingy and needy and apparently completely lacking in self-confidence that she set my teeth on edge. Even though the story itself is about Rae finding herself and making sure she can maintain herself as a person under Conn’s dominance, and even though I believed this aspect of the story, she just grated on me. And she did so precisely because of the bumpy narrative pacing: they reconcile, they overcome the Black Moment, they have amazing sex, they have a fabulous relationship, their HEA is in sight…and **Big Mis Alert** she’s second-guessing herself and them and needs to be reassured AGAIN that Conn really loves her and that she’s really strong and An Individual. And if you need to be reassured that you’re a Strong Woman…well, maybe not so much.   And the issue that sets her off again is not a big enough deal that it couldn’t have been dealt with previous to the Black Moment reconciliation, as it should have been.

And then the ex-husband shows up! And we know he’s a jerk because he has a small dick! And his name IS Dick! It seemed to me like you needed another 20 pages to make wordcount and rather than making them integral to the story, you tacked them on to the end. And the quirky ghosts and faux murder/mystery also seemed so unnecessary to me in an otherwise emotionally intense story.

This book can be purchased in ebook from Samhain.