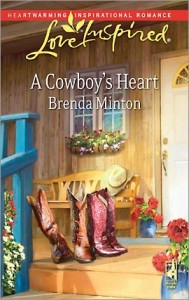 I’ve just recently begun to watch bull riding on ESPN. Wow, I can see why it’s called one of the most exciting yet dangerous sports today. I’ve also put a few DVDs about the sport in my Netflix queue and was happy to see some of them featuring interviews with and information about the stockmen who supply bulls for the rodeos. It’s easy to see that these people take their job seriously and take care of the animals in their charge. So when I saw the description of your book, I knew I had to read it.

Willow Michaels has faced adversity for a lot of her life. Though born to a wealthy family, she learned early on that her hearing loss was a source of conflict and embarrassment to them. Her only true source of support came from her aunt Janie. After a failed marriage during which her husband also made her feel inadequate, she’s now seeing the results of five years of hard work to establish her own stock business. She’s proud of the bucking bulls she raises, the fact that she’s been accepted into this world and that she’s gained the respect of the people in it. What she doesn’t need is for her aunt to try and matchmake her with a cowboy Willow mooned over sixteen years ago.

Clint Cameron has his own set of problems to face. He’s worked for years in the oil fields of Texas for the money to rebuild the ranch his alcoholic father ran into the ground. And though at age thirty-two he’s old for the sport, he’s following another dream of being a pro bull rider. When his younger sister phones to tell him she’s been called up to Iraq, Clint adds the care of his two young nephews to his list. He’s always been a “fixer,” trying to help those he feels need a hand, but he’s just about at his breaking point. Dealing with a touchy woman who makes it plain she doesn’t want his help is something he’s happy to avoid. Or so he tells himself.

Willow is obviously hard working, conscientious and knowledgeable about her business. Even though it’s pouring down rain or six o’clock in the morning, stock needs to be cared for and Willow makes sure it’s done. Her duty to her bulls doesn’t end when they’re in the pens at a a rodeo and if the finicky bull who only likes distilled water is thirsty, Willow will gladly see to his needs. I’ll be honest and say I was hoping for more scenes of Willow at work on her ranch and at rodeo events. More “behind the scenes” kind of stuff. What you include shows attention to detail though, and I appreciate that.

Clint is a cowboy through and through. He’s not been home for a while but home has never been far from his heart and all he really wants is to work the land his family has owned for generations. He loves working with stock, rides a cowboy horse and when he sees something that needs doing, he does it with no fanfare. His boots are worn but not worn down, while his heart is a mile wide. I was sorry to read so little of his dream of riding bulls but after watching highlights of actual events, his injuries appear to be all too common among the competitors. This ain’t no sport for sissies.

I’ve said before that children, especially very young children, in romance books generally give me hives. Surprisingly, Timmy and David didn’t. They act and speak like four year olds. And they don’t lisp. I can’t express how much I appreciate that. They’re good boys who act up a little like even good boys will. They miss their mother and they hear far more than adults like to think. They also process what they hear as children will do and react accordingly. But even though I like the boys, I think too much time was spent on “aw shucks, that’s so cute” moments or “aren’t they brave little boys” scenes.

I can understand Willow’s reluctance to admit to her worsening hearing loss and her choice to put off learning more bad news, even if only to preserve one last weekend of happiness. I can be the queen of putting things off until tomorrow and have recently watched a friend struggle with hearing bad news over these past winter holidays. I think you show quite well her coming to terms with the issue and making the choice of how she’ll proceed from there. I also admire her desire to be accepted in her chosen field and how hard she’s worked for it. Her admission that accepting help might not make her look weaker takes a while but when it arrives, I can believe in it.

I like that Clint and Willow take their time with their relationship. It’s not instant “hearts in their eyes” with these two. Both are aware of not taking things too quickly and neither wants to see their friendship at risk. Clint finally finds a way to help Willow that still allows her to retain her independence while Willow sees that two can be even stronger than one alone. And when they talk about forever, I know that they’re prepared for the bumps in the road as well as for the smooth stretches.

There are some things I might wish for from this book but overall, I enjoyed it. It’s a nice, contemporary western that adds an underlying plot foundation rarely seen in romance books. I imagine that you’re going to tell the tale of Clint’s injured Army sister next and I have a good idea who her hero will be. I’ll be waiting. B-

This book can be purchased in mass market from Harlequin or ebook format from the Sony Store and other etailers.

→ Jayne
Previous article: REVIEW: Addicted by Charlotte Featherstone
Next Post: Thursday Afternoon Haiku Moment: A Sonnet for Susan Elizabeth Phillips’ What I Did For Love