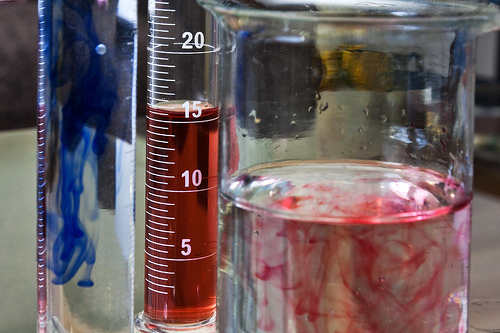 In the past two weeks, we’ve seen two publishers engage in some experimental changes in the way they sell digital books. Sourcebooks launched a DRM free subscription site and TOR/FORGE announced it would be selling DRM free digital books beginning this summer. Traditional publishers have been quietly moving toward digital first programs for a couple of years beginning with Harlequin’s launch of Carina Press, a digital first, DRM free romance book publisher. These days, particularly in the romance sector, publishers are dipping their toes into the digital pool. Nearly every major traditional publisher either has a digital first arm or is developing one: Harlequin’s Carina Press; Avon Impulse; Forever ; Penguin’s Intermixx; Random House’s Loveswept; and Pocket. St. Martn’s Press has released a few digital only novellas.

With digital book adoption moving forward quickly, however, the publishers need to be a bit braver and a bit more experimental. Here are three things I’d like to see publishers give a try:

1. Differing types of subscription offerings. Every other entertainment media offers a subscription option, from video games to movies. An annual subscription guarantees a certain level of sales a year. Differing levels of subscriptions offers differing access. I’ve had a gold membership, the lowest level, at Audible for about three years. It was a great way to access one book a month. Often I wouldn’t buy a book and I banked my credits. Recently, however, I have begun listening to more audiobooks and I found that the best value was to up my subscription level to platinum. Now I get two books a month and I’ve committed to buying two books a month at the discount for an annual commitment. I’m a sure thing for Audible.

Publishers with extensive backlists could offer subscription access for a reduced price to introduce readers to old classics that would lead to new purchases that are outside the subscription plan. A large house like Penguin or Random House could offer genre specific subscriptions: romantic suspense; contemporary; historical; fantasy. Access to multiple genres could be added at a reduced cost to the reader. A print piece could be generated at the end of the year as a collection item (and could be offered for increase cost).

2. Best of Bundles. I’m not a huge fan of how bundles are sold these days. It’s one huge file and it’s hard to keep track of on an electronic device, but I think the concept of bundling (if the mechanics of the bundle could be worked out) would be a great way to introduce readers to new series.

I’ve always liked the idea of offering first three “In Death” books by JD Robb at a “Introductory Price” of $5.00 for a three week period leading up to her next release with a 40% off coupon for the new release (it’s a hardcover) bought directly from Penguin.

3. Pay for Early Access. Baen pioneered the selling of early access to a book at a higher price and many readers enjoy it. Instead of letting eBay sellers reap the benefits of an ARC sale, why not pass the early sales onto the author and reap a profit through an early ARC digital release program. You could price the early releases at a 50% premium mark up. (I would include a note as to why they are more expensive, i.e., they are being allowed into the wild early). Sell readers on the idea that this early ARC release is really a privilege, a luxury and hence why they have to pay more for it.

Harlequin and digital first publisher, Samhain, offers once month early access at a reduction if bought directly. As a result, many books are sold directly from the Harlequin site wherein Harlequin absorbs the entire profit.

Digital formats allow for greater experimentation and I hope publishers start taking advantage of the mutability of digital files and the ease of access to the market. Barriers have come down for authors selling direct to readers but those same fallen barriers increase opportunity to repackage existing content in new ways to meet differing reader demand.