Ownership in a Digital Society, Part 2 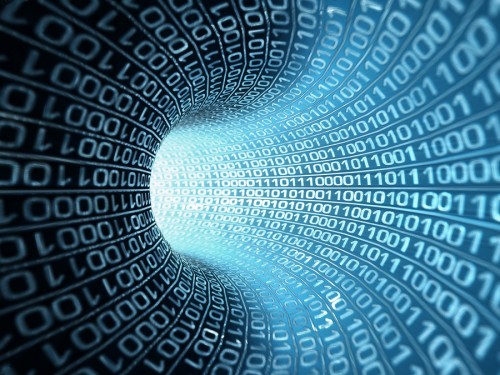 About a day after I posted part one of this two part series, news broke that Bruce Willis was planning to sue Apple over the right to bequeath his extensive iTunes library to his daughters. The news turned out to be a hoax but for a short while it shined a light on a problem consumers in this age of digital media face. Is digital media always a rental or are you truly acquiring an ownership interest something when you press the “buy” button?

Charles Hughes Smith suggests that he is tired of owning things and wants only consumable products.

I just want to get rid of stuff, not acquire more. I welcome the digital age because “entertainment” no longer requires physical collections. I have already accepted that most digital stuff will be lost with time, just like physical stuff. Who wants to lug around 50 years of digital files? Yes, it might fit on a small drive, but who will sort through it all or even look at it/listen to it?

Problematically, digital media that is encrypted with software (known as DRM) can be inaccessible within a few years and not just 50. In 2009 Walmart, Microsoft, and Yahoo stopped selling digital music and those who had purchased it were without access to their past purchases. Barnes & Noble stopped selling ebooks in 2003. HarperCollins, Random House, and Simon & Schuster all sold ebooks direct from their sites at one time and have since removed access to those books. Thousands of readers lost access if they didn’t download and strip the DRM because something as innocuous as updating one’s computer could cause you to lose your right of access and as those retailers no longer offered another download, that purchase was lost.

Others may feel exactly like Smith and that might be the right attitude to adopt if the courts find that purchases of digital media is only a rental. It’s a question that is being addressed, in part, in the ReDigi lawsuit.

Some experts have already expressed the opinion that there is no ownership of digital music and suggest setting up a trust that purchases the digital media content and that trust can then be passed on to one’s heirs. But a legal trust isn’t something any regular owner can set up in Word and make viable.

ReDigi is a company that allows legitimately purchased digital music to be resold. Capital Records sued ReDigi on the grounds that ReDigi is encouraging piracy and engaging in copyright infringement.

Using ReDigi’s software, an “eligible file” is moved from the harddrive of the user to a ReDigi storage locker. The user can then stream, download or offer the “eligible file” for sale. Eligible files are determined to be music purchased directly from iTunes. No tracks copied off CDs or downloaded from other vendors or fileshares are permitted to be offered for sale. The user can only sell that eligible file once on ReDigi.

To use examples, if I buy “Stronger” by Kelly Clarkson from Amazon, I can’t resell it using ReDigi. If I buy the song from iTunes, I can but I am only allowed to sell “Stronger” once.

When the sale occurs, ReDigi transfers access to the song from the buyer to the seller. ReDigi’s software continually scans the harddrive of the buyer to make sure there are no copies of the song. If ReDigi finds a copy, it prompts the user to delete it. If the copy is not deleted, ReDigi suspends access to the user’s entire ReDigi account. ReDigi argues that in this way, no actual copies are made because only one copy exists on ReDigi’s storage locker and the users are simply buying and selling access. This is what is contemplated by the Australian company Book.Ish and what is actually taking place in the online cloud based videogaming world Steam.com.

ReDigi and Capital records have both filed motions for summary judgment. Those are requests to the court saying that there aren’t any disputes about the facts, only ones about the law and the judge should decide who is right.

Capital Records is essentially arguing that ReDigi’s system involves the multiple copying and deletion of digital files, all which are impermissible under the current copyright scheme. ReDigi argues that there is no copying.

ReDigi has two arguments. First, because only one copy exists, the method of transporting a digital file which necessarily includes replication, is not an unauthorized copy because there is no fixed replication. Unauthorized copying necessarily requires a fixed copy. The caselaw on this issue is mixed. ReDigi notes that in the 2008 case of Cartoon Network LLLP v. CSC Holdings Inc. (known as the Cablevision case) that data which does not sit within a buffer for more than a fleeting 1.2 seconds is only fleeting and does not meet the duration requirement.

Capital Records takes an asbsolutist stance, that any replication is an “unauthorized phonorecord.” Essentially Capital Records wants the court to adopt a finding that any copy, no matter the reason it is made, is unauthorized. Neither party has a case that is definitive on this point. Capital Records points to copying language in filesharing cases in which courts wrote in dicta that copies were made when a file was uploaded or downloaded from a message board and cases where source code was deconstructed and reassembled.

By embodying a copyrighted work on a new disc or server, a defendant violates the right to reproduce that work in copies or phono records. It is not the mode of transport that controls, but the end product that results in what is by definition a newly fixed and unauthorized phonorecord.”

ReDigi makes a further argument that any copying that is done falls within the Fair Use doctrine. Capital Records takes another absolutist stance hat the DMCA act plainly culls Fair Use (section 109) from the Copyright Act altogether for digital transmissions, citing the 2001 report of the Copyright Office to the DMCA. However, the citation that Capital Records uses refers to a situation wherein the seller keeps the original copy and simply sells a duplication. The analysis the Copyright Office engaged in was whether there should be revision of the section, not a conclusion that section 109 would never apply to digital transmissions. ReDigi argues that its software system requires a deletion of the original copy upon sale.

Probably the most important legal precedent is the Cablevision case which is strangely not cited in any fashion by Capital Records. I admit to being a little surprised at the perfunctory nature of Capital Records arguments. Perhaps its strategy is to present its case as if NO OTHER conclusion could be reached and thus other cases are simply not relevant to the discussion.

But the Cartoon Network case is a Second Circuit case and my guess is any decision, whether it be for Capital Records or against, would include some discussion of that case. (You can read more about video streaming and the Cablevision case here) At least one issue seems to be on point and that is whether a copy is created through a transmission.

The ReDigi business model is fairly extreme. It requires a user have invasive software scanning the user’s hard drive at all times. That’s a lot of privacy to give up to be able to resell one’s music. However, it does appear to be within the parameters of permissible use. If the court would find ReDigi’s model infringement, then I do think that in the Second Circuit, at least, true ownership of one’s digital media is unlikely unless…

Why Ownership is important for value.

Unless digital creators decide that ownership should be conferred upon a sale. There is an economic argument for this.

“The lesson was pretty clear to people who had bought books. If you buy books, prepare for them to be taken from you without compensation… But if you steal ebooks, you can keep them forever. This is not a message you want to send to your customers” wrote Cory Doctorow after the deletion of Animal Farm and 1984 by Amazon from Kindles after a copyright claim had been issued.

ReDigi argues that something with resale rights has greater value to a consumer and not only will the consumer be willing to pay for an item with resale value, but it allows a secondary market to flourish that brings more people into legitimate streams of commerce.

Even if most people are like Mr. Smith above in not wanting ownership, but only access, the value consumers place on those ephemeral goods is in decline. Already there is downward pressure on digital media, both by retailers trying to lure consumers to their proprietary platforms and by consumers who are becoming conditioned to paying little or nothing for access. Publishers and authors try to explain all the work that goes into creating a digital book but very few customers care. Value in the consumer’s mind is something more tangible than how much a manufacturer argues that it spends to produce a good. Value depends up on what it is worth to the consumer. Perhaps creating value for digital books has passed us by. Or perhaps digital book producers can create value by conferring ownership.