Let the Tail Wag the Dog 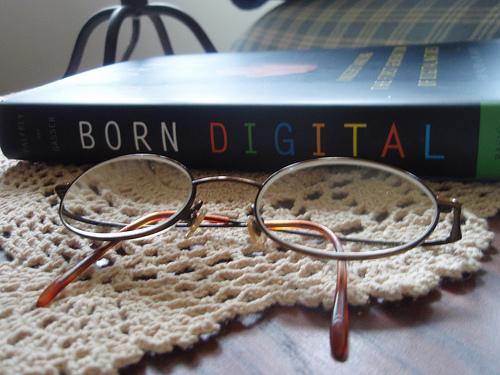 Last week, Laura Hazard Owen of Paid Content tabulated that about 500,000 digital copies of Harry Potter have been sold since their release on March 27, 2012. Harry Potter series have reportedly sold 450 million copies in print. Despite those record breaking print sales prior to the official digital release and that there were illegal digital versions have been available for years, print sales have actually increased since the release of the official digital versions. Says Charlie Redmayne, chief executive of Pottermore:

50 Shades series sold over 250,000 copies in digital and print on demand before the series was purchased by Vintage in the U.S. The initial print run by Vintage was 750,000 copies. It remains on the top of the trade print list for the 8th week or since its release in print.

Amanda Hocking sold 1.5 million digital copies of her books before being swooped up by St. Martin’s Publishing. Last week, Hocking blogged about her print sales. She didn’t have concrete numbers but did give us a feel for the success of her print books:

Shannon Stacey published 10 books before her Kowalski trilogy was published by Carina Press, the digital first arm of Harlequin. Yours to Keep placed No. 33 on the NYTimes list. This year the Kowalski books were released in print under the HQN imprint.

Back in the infancy of digital publishing, one of the things that frustrated ebook readers was the publisher practice of windowing. In an effort to prevent digital book sales from canilbalizing print sales, publishers would delay the release of the digital version until after the release of the hardcover. Some publishers would do this for paperbacks as well. The latter was due to the fact that digital sales were not included in the calculation of bestseller status. It wasn’t until 2011 that the New York Times began counting digital book sales (and even now they do not include digital book sales in anything but one large list called a combined print and ebook. The USA Today remains more forward thinking than the times. It started counting digital book sales and the list ranks titles regardless of format.  Presence on the list is a sales accelerator and still remains an important part of a writer’s goals.  Last week, I wrote about three publishing experiments I would like to see publishers engage in and one was a tried and true Baen sales technique – sell early access to a book. Ruthie Knox, currently a digital first published author, mentioned the concern that this type of pricing experimentation might lead to a reduction in aggregate sales the week of its “official” release.

But what I wondered was if there really would be a “regular” first week, for an e-first publisher that followed the Baen model. Surely an e-book’s on sale when it’s on sale, as far as the best-seller lists are concerned? I wouldn’t think the publishers could get away with saying “The pub date is April 6, but we’re going to go ahead and sell these higher-priced copies on March 21. But it’s not on sale yet. Not really.” Could they? Maybe I’m thinking too hard. :)

Walt Boyes pointed out that the Baen model has been in existence since 1998 or 1999 and has proven data that shows early release of the digital arc does not diminish sales.

If you are dying to read the book, they’ll sell you the electronic ARC shortly after the author turns in the book, for a fair sum.

Then, the ebook (all edited and polished) goes on sale at an astonishingly low price, one month before the paper version does, AND in the preceding months, you can sign up to read the first 25%, the first 50%, the first 75% of the book, until the entire book is posted. The ebook is DRM-free and available in many formats, including, believe it or not, RTF. I know of at least one person who formats the RTF version of the eARC into a print formulation and prints and binds it.

Baen has more than a decade of data that indicates this model actually drives up both ebook and print book sales and it drives Amazon rankings.

I am a little surprised that the original article didn’t mention this. Baen’s data is conclusive.

Windowing, on the other hand, had no measurable increase in sales according to Dr. Hu and Dr. Smith. (PDF of paper)

We find that delaying the release of ebooks causes in an insignificant change in overall hardcover sales but a significant decrease in ebook sales, total sales, and likely total revenue and profit to the publisher.

The scholars determined that the reduction of digital sales overall was the result of a loss of marketing buzz:

While windowing the digital book after the print book release, it appears that the reverse is not true and that an early digital release can lead to increased print sales.  The above four examples show an exciting path forward for publishing. One of the things that publishing has done in the past is to fail to take chances. Admittedly I haven’t seen a bunch of experimentation in self publishing either, but a digital first publishing model allows publishers to take more risks by pushing out lesser known authors, touchier subjects, and more experimental fiction.  Curtis Sittenfeld, author of surprise hit Prep recounted something an editor told her “People think publishing is a business, but it’s a casino.” As the same New York Times article noted:

Eric Simonoff, a literary agent at Janklow & Nesbit Associates, said that whenever he discusses the book industry with people in other industries, “they’re stunned because it’s so unpredictable, because the profit margins are so small, the cycles are so incredibly long, and because of the almost total lack of market research.”