Warning: mysqli_query(): (22032/3141): Invalid JSON text in argument 1 to function json_contains: "Invalid value." at position 0. in /home/customer/www/dearauthor.com/public_html/wp-includes/class-wpdb.php on line 2187
 Kindle Unlimited and the only Amazon numbers we know for sure.
November 16, 2014

Kindle Unlimited and the only Amazon numbers we know for sure.

Amazon is notoriously opaque. It does not reveal the number of devices sold or books sold or movies downloaded. It’s hard to measure the success of any one program and the algorithms it uses to construct its bestseller lists are a closely guarded secret. There are those who guess but no one knows anything for certain.

But since the announcement of Kindle Unlimited, Amazon has shared (albeit reluctantly as you will see) actual numbers which show the performance of one of its most recent consumer launches. Kindle Unlimited is a subscription service and was launched on July 18. I suspect that the launch was prematurely moved up due to inadvertent discovery of the site by enterprising people on the internet who found cached pages with the KU branding.

The way self published authors are paid for participating in KU is through a fund that is underwritten by Amazon. By tracking the amount of the fund in any given month against the individual payout, we can see a little transparency in the program.

The percentage growth between July and August is almost 100% but it slows dramatically between August and September and then improved between September and October. 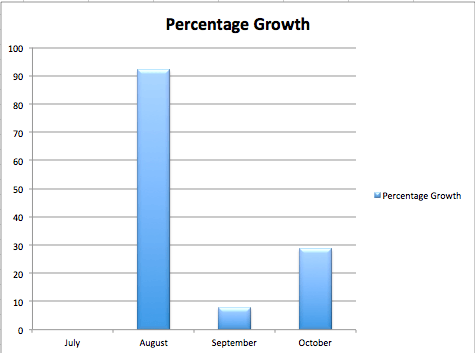 The KU service costs $9.99 per month. In order for Amazon to break even on the Fund it underwriters, there would need to be the following number of subscribers:

The launch into other countries hasn’t seem to improve the subscriber numbers dramatically. The percent growth in the last three months has been very modest. 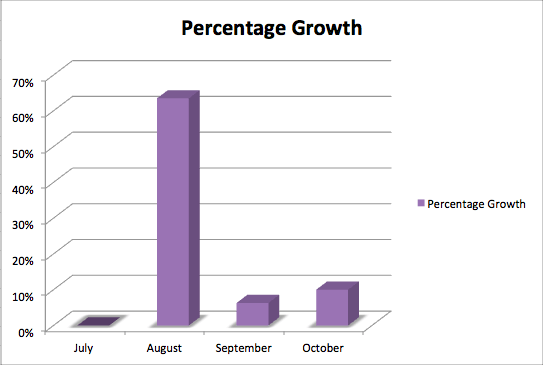 It’s hard to draw many conclusions from this other than there appears to be a sharp decline in the rate of adoption of Kindle Unlimited. I have a subscription but I only borrow approximately 3-4 titles a month which means I’m not getting my money’s worth out of the program. I’m a fan of Scribd and I find a lot more content on Scribd, in part because of Harlequin’s participation but also because of HarperCollins and Simon & Schuster’s participation, than I do with KU. If I had to choose between the two, I’d drop KU.

If nothing else, it will be interesting to see the evolution of these numbers. Are you using a subscription service? If so, why or why not?

Note: If I did math wrong, let me know.