It’s a mobile multi function world; what happens to the eink device? 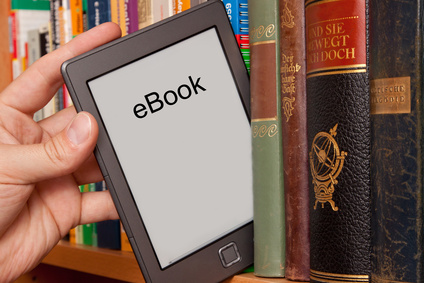 Increasingly shopping is taking place on mobile devices.  Last year nearly a quarter of online purchases on Black Friday were made from a mobile device.  Moms are responsible for a large number of online spending – 32%.  Today’s kids are using mobile devices at a higher rate than ever before. Half of the Sesame Street Workshop audience are accessing it from mobile devices.

Despite Android inroads, Apple is still one of the most important players in the game. One only needs to look at Amazon’s commitment to the mobile App programs to see how vital they are to the ecosystem of Amazon’s business.  Before updating its own tablet programs or the desktop versions, Amazon added categories and new features to the Apple iOS Apps.

The move toward subscription access is just another nod toward the reader who is on the move.  iPhone users are reading more that iPad users and for longer periods of time despite the much smaller screen.

This may be because the smartphone is considered an extension of oneself. 63% of smartphone owners aged 18-29 admit to sleeping with it. 1 in 10 admit to using it DURING sex. I remember in Picture Perfect the hero is having sex with his girlfriend (heck, it may have been his fiancé) and he glances at it, reads the text, and then quits coitus to run to the heroine’s aid. Needless to say the girlfriend was pissed off.

Back in the early days of digital readership (about four years ago), smartphone usage was considered to be an entry point for readers but with larger screens, more and more people are doing everything from shopping to chatting to reading on their smartphones. I joke that my phone is good for everything but actually making phone calls.

Mobile devices are becoming ubiquitous in today’s world and reading on those mobile devices is becoming more popular. Despite the advances made to the Kobo Aura and the Kindle Paperwhite, eink usage is on the decline.  There will always be some market for eink devices but Sony’s refusal to release its newest device in the US market signals that the eink market is weak.

Most outlets have signaled that the latest version of the Kindle Paperwhite is the best yet yet the firm that supplies eink screens posts its worst losses in four years. E-ink may survive in the next few years but only if it becomes something else. The eink firm is moving toward diversification, providing displays for luggage tags, watch faces, and magazine displays. I still own a Kindle paperwhite, but I only access it about once a month and that is to take advantage of the lending feature I can get with only a Kindle device (versus a Kindle app).

Despite the new screen and the great new features of the Kindle Paperwhite, I’m not moved to upgrade.  I read more and more on my smartphone and tablet because I almost always have those devices charged and with me.  So readers, what are you reading on?  Eink device? Tablet? Smartphone? Computer? Still paper?  If you read on more than one device, what is your primary reading device of choice?