Is there a return problem for digital books?

In the past few months, the noise about returns has risen to a level that is hard to ignore. Led largely by self published authors, there is a growing group of people who are rattling for change at Amazon.  Amazon allows for return of a digital book purchase with 7 days, no questions asked from the Manage My Kindle page. 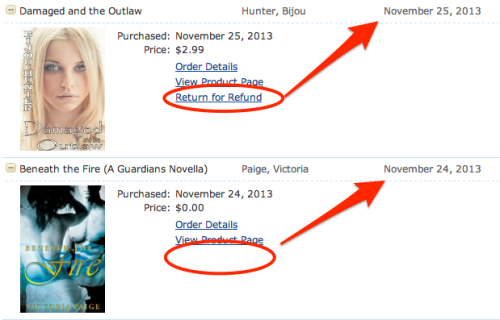 After seven days, the return for a refund disappears and you have to email customer service to request a refund. At that point, you have to provide a reason for your return.

At other retailers, returns aren’t as large of a problem because it is nearly impossible to return a digital purchase. I’ve found it fairly easy to request a refund at Apple for incorrectly purchased movies so long as I’ve done it quickly after the purchase but Barnes & Noble and Kobo will usually only respond with a replacement for a corrupted file.

The reason that returns have gained a lot of attention is that for the first time authors actually see the number of returns.

In this author’s Kindle Direct Publishing dashboard, you can see two of the books’ numbers for the past month. The author has a 4-5% return rate on both books, the one selling in smaller numbers having a slightly higher return rate.

Reportedly, some author’s return rates are around 15% and some are around 2%.  I’ve heard that the rate of return is higher for New Adult books (although the above example is a New Adult author) and lower for historicals. It’s easy to see why an author would balk at losing 15% of her possible income due to returns.

Returns, however, have always been part of the business of book selling even when books were sold solely in print.  While it is hard to assess the numbers of exact customer returns at the point of sale, most author’s royalty statements held a reserve against returns. Usually this is 15-25% of the royalty that is withheld against returns from the bookstore. One industry person shared that mass market returns are about 50%, trade is around 30-40% and hardcover is 40%. Meaning that the bookstore would place an order for 3-5 copies of a book. In the case of a hardcover or trade paperback, the bookstore could return the book. In the case of mass markets, the cover would be stripped and the book would be thrown away. In each case, the bookstore would receive a credit for each unsold book.

Obviously this is not the exact same thing as a book purchased by a consumer and then returned, but returns are allowed at most bookstores.  Barnes & Noble’s return policy for paper books reads as follows:

It’s easy to return an item if you’re not satisfied.

We will issue a refund to your original form of payment for items returned within 14 days.

Items must be returned in their original condition; shrink-wrapped products must be unopened.

It’s fourteen day policy is actually more liberal than the Amazon digital return policy. But Jane, you say, it says original condition!  If you don’t think a book, particularly a hardcover or trade, can be read without breaking the spine, you don’t know readers.

Regardless of the reasons readers may have for returning books (and they are numerous) authors who’ve signed a recent change.org petition treat returning books the same as piracy, using the same language. John Ruch calls people who return books “jerks”.

Lois W. writes that “this policy allows people basically to steal my work. They buy the book, read it, then return it.”

Shelly C agrees: “Returning an e-book (even if Amazon allows you to do so) after you’ve read it is the same thing as pirating, you’re just cheating the system instead. When you return the book, they deduct the amount from our pay. It’s stealing, any way you slice it.”

Kathleen H chimes in “I am an avid reader and aspiring author. I don’t believe it requires seven days to decide if you like a book or not.” Mary Lou agrees and suggests that the return time be truncated to two hours because those who use the return feature are book thieves. Book theives [sic] probably think this is funny. They don;t  [sic] realize that most authors are starving artists unless they have a day job. With the preview, two hours should be sufficient time for anyone who accidentally purchases an e-book to request a refund.

There is one goodreads user that has a shelf that says “read and returned”. Many authors have pointed this out as an example of the piracy that returners engage in.

Authors assume that if a book is purchased one day and a return shows up a day later that they are from the same purchaser, yet Amazon doesn’t provide that granular of data to authors.  It’s simply a number. Why the Author assumes this, I’m not sure.

Amazon does monitor serial returners, as do many other retailers. Your ability to return can be cut off or you can be shut out of your Amazon account altogether if Amazon determines you are an abuser of the system.

But there are a whole host of reasons people return books. Sometimes the reasons are formatting. When I bought Susan Fanetti’s book (reviewed here), the formatting was double spaced. That was maddening and unreadable in my opinion. I downloaded the book to my computer and ran it through Calibre so that I could remove the ill conceived formatting. 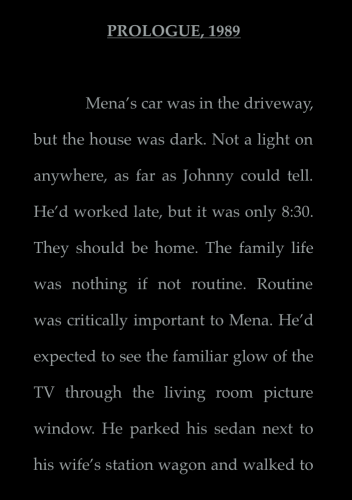 Another self published book I purchased had font changes nearly every paragraph. 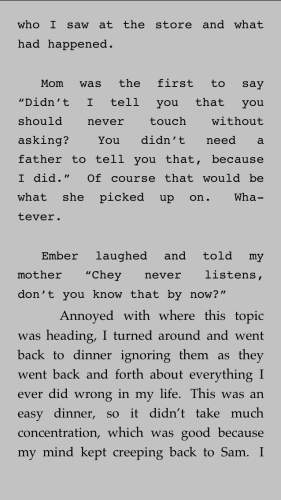 I read Susan Fanetti’s book soon after I purchased it but not within two hours. I bought the book early in the day and read it that evening, well after the two hour time period had closed. There are dozens, maybe hundreds of books I’ve purchased at Amazon that I haven’t read yet and some I’ve purchased as far back as a couple of years ago.  If I came across one with horrendous formatting or egregious spelling errors, I’d probably ask for a return.

There are other reasons that people might return a book. The content might be offensive. For instance, I received this book for review but if I’d bought it I would’ve wanted to return it.  Another reason for returns is the failure to meet expectations. If the cover and blurb promise one thing and the book doesn’t deliver, then a reader might return the book. Yet another could be poor grammar.  In a recent book I enjoyed called Shooter by Dahlia West there were numerous grammatical errors that bugged the heck out of some editorial folks who read the book.  Some authors don’t think grammar is something that they should be concerned about. As a side note, there weren’t mere missing commas in Rule by Jay Crownover but missing words: 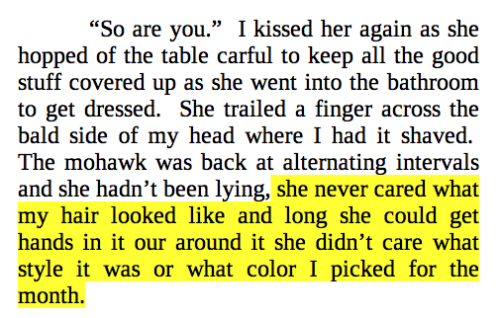 One recently self published book had nothing to say about the religious aspects of the book, but thankfully that was all over the reviews. I’m not a big fan of religious books, my love for The Last Hour of Gann aside, and if I’d bought that book, I might have returned it. Thankfully I read the reviews and just avoided the novel altogether.

Another reason for returning books is length. Many readers have no idea what word count means and many authors fail to include word count. Authors have varying ideas on what constitutes a novel length book. I’ve seen many authors counsel that 50,000 words is a novel and 15,000 words is a novella. Readers don’t really know what word count means and if they start a book and then feel dissatisfied at the end, they might return a book.

Some authors include so much back matter than a book will end at 85% instead of 95% leading a reader to feel shorted.  More and more books are cliffhangers or parts of a series and if a reader doesn’t know that going in, then a return might happen.

Does returning a book for failure to meet expectations make the reader a jerk? Maybe. But maybe the author is a jerk for not being clear about what the reader is getting into or for not caring enough about grammar or formatting.  Or content.

While it might be helpful to provide authors with feedback about the return, reducing returns to a shorter time period or eliminating returns entirely will result in the something that the authors don’t want and that is a reduction of sales. If a reader isn’t allowed to return a digital book like she can a print one, then it’s like the reader’s willingness to make that impulse buy will be checked.

Returns are simply a cost of doing business and the reasons that returns happen are as plentiful as there are reasons that the book is purchased in the first place.  The one click buy button is there to encourage impulse shopping. Any barrier put in place that makes the reader think twice about purchasing a book will reduce the number of impulse buys and in my opinion that is  a far worse outcome than facing the return figure in the Amazon dashboard.