How Do We Solve a Problem Like Geographic Restrictions

Probably once a week, I get a question by (generally) non US readers asking why a certain book isn’t available to them that they KNOW is out there because they have seen it on the torrent sites. Geographic rights have become more complicated since the growth of ebooks. There are books that were removed from bookshelves; shopping places closed down to reader and this most recent wrinkle one reader shared with me:

Comments: Here’s a new twist on the geographical restrictions that I hadn’t understood in the least, and I’m sharing with you because you’re my e-book font o’ knowledge. I thought it was all publishing rights, and I couldn’t comprehend why I could buy the paper copy of the book in Canada, but not the ebook.

Then I noticed that some books that were coming up as unavailable in Canada at Books on Board showed up as available at Kobo (via chapters.indigo.ca), so I emailed BoB, and here’s what they told me:

Thank you for shopping with BooksOnBoard.
The publisher territory restrictions prevent users from purchasing titles from retailers who are not in their same country. They are designed to ensure that ebook purchases in countries where these are taxed cannot avoid paying taxes by shopping abroad. Also, since the publishing industry business model has remain almost unchanged since Gutenberg many publishers have divisions in US/Canada/Europe. It seems they parts of the whole had begun to squabble over who captured the revenue for an internet sale, the division of the publisher located where the custoemr initiated purchase from, or the division of the publisher located where the server sourcing the digital file was located. Needless to say, we also are not at all fans of the territory restrictions, especially since they seem to mostly prevent our international customers from buying from us, but it seems US consumers can still shop outside US, if they don’t mind paying the taxes. We understand the difficulty this creates for our users, but we are required to do as the publishers wish in order to be able to offer their product for sale.

Last week, there was an article in the Bookseller about how easy it was to bypass Amazon geographic limitations by merely providing a legitimate address in different countries. The Bookseller article urged Amazon to institute different procedures so that this bypass could not occur.

Geographic restrictions, in a readers’ eye, is an unreasonable impediment to purchasing a book. A reader knows that the book is out there, in digital format, one click away, and the inability to purchase it because of some incomprehensible reason termed “geographic restrictions” fosters anger, frustration, and anxiety.

Geographic restrictions made sense in the old publishing paradigm where print publishing was the only game in town. An author writes a book and with the creation of a book arises a number of rights known as intellectual property rights. Intellectual property is just a little bundle of rights that the author can sell individually or in a group. Think of the rights as a bouquet of flowers. An author could give one rose to the publisher in exchange for money or she can give a dozen or the entire garden. 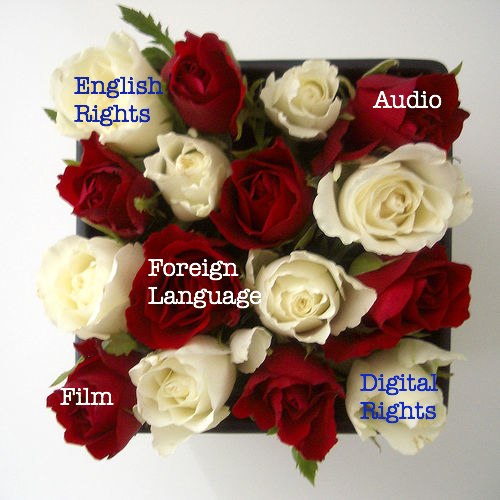 When authors enter into contracts with publishers, generally, they sell just a few flowers to the publishers. Those flowers give the publisher the right to use that Book in various ways but only in North America. But these contracts can vary a great deal. Foreign rights sales can end up making as much money for the author as the original advance. What I have been told by some authors is that they don’t want to impair their marketability for those foreign markets by allowing an english language digital edition to be sold in that region. Other authors say that their foreign edition rights haven’t been purchased by any publisher and they don’t want to give them up for no additional money.

In the meantime, readers see the first result on google being a link to a free copy of the book. They want to buy the book but can’t because of these geographic limitations yet downloading the book for free has virtually no barrier.

Even crazier is that there are books that have worldwide distribution like the Harlequin and Mills & Boon books but some retailers who don’t want to deal with the hassle of determining who can buy what, just shut you out. For example, I can buy a book from the Mills & Boon site, but I can’t buy those same books from Amazon UK, WH Smith or Waterstones (the latter two being UK bookstores). I used to be able to buy from WH Smith and Waterstones. I remember years ago buying PJ Tracy books in digital format there. For some reason those books weren’t available digitally in the US. I didn’t know about geographic restrictions. I only knew that I wanted those books in digital form and I happily paid for them with my US credit card and my US billing address. I’m guessing five or so years ago no one really cared about geographic limitations when it came to ebooks. Everyone was just happy getting a sale.

Unfortunately, the publishing business is not just about making a sale and I understand that. Probably no business is about just making one sale. A business should be about maximizing profits. Yet, I have to wonder whether the cumulative missed sales in a non home territory really makes good business sense, particularly now. When I saw the front page photo of Jeannie Lin’s book in the largest Vietnamese newspaper in the country, I was reminded about how global stories are. The largest English speaking country is the US but India isn’t far behind and neither are countries like China and the Phillipines.

Does foregoing digital sales in hopes of a foreign rights sale to a native publisher really make good business sense in today’s burgeoning digital market? I don’t think it does because depriving a reader of a legitimate path to purchase books makes it an easy battle for pirates to win. Obviously there are the arguments that even those books that are available worldwide are pirated (probably the most often pirated books I see are Harlequin books which have a worldwide distribution). Yet, not even making the book for sale seems to be conceding the ground. Further, couldn’t popular digital sales of a book in particular country spur foreign rights sales much like Kindle popularity has led to traditional book contracts?

Geographic restrictions (or territorial rights) is something that authors, in particular, are going to have to really pay attention to. It’s a problem in need of a good solution. A reader’s solution is to make those books available everywhere a reader is willing and able to purchase them. What’s the author or publisher solution?