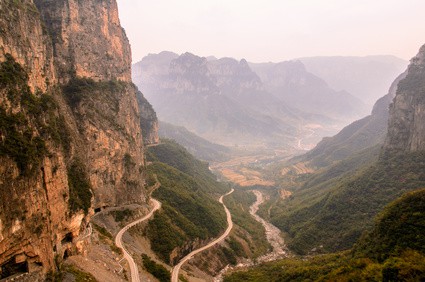 As you can see, the percentage increase each year has gotten smaller. These numbers do not include self published sales which likely accounted for a several million units and millions of dollars.[1]

The majority of the power buyer (defined as those who buy or acquire at least one book a week) has likely already made the transition from print to digital and some experts believe that digital book adoption will end somewhere around the 40% mark.  Around this blog, many of our readers are digital only or digital primary buyers. Many vocal online authors have high digital to print ratios but the digital to print ratio varies according to genre, demographic, and interest.

Romance is particularly high and within romance, certain subgenres are even higher. Generally speaking contemporary and paranormal romance authors enjoy high digital to print numbers whereas women’s fiction and historicals have higher print to digital numbers. This is not to say that there are authors within those subgenres that outperform the generalities because obviously there are. Other genres like mystery and even science fiction have strong print followings. Nonfiction, Lit Fic, Young Adult and Children’s have higher print numbers and lower (much lower) digital numbers.

Nicholas Carr of Rough Type wrote in August 2013 that ebook adoption seems to be plateauing in other English speaking markets like the UK and Canada. This is likely due to a combination of factors.

Let’s look at the Power Buyer (which is everyone who reads this blog). According to researchers, we buy at least 1 book a week and contribute to 48% of ebook revenue and 60% of ebook units. By all accounts we’ve migrated from print to digital within the years of 2010 to 2013. Over 50% of adults already own a tablet or ereader.

Of the three above scenarios, number three is the most likely. Number two isn’t likely to happen because of the increasing number of lower priced ebooks. 99c books and box sets dominate lists these days. The Power Buyer is already contributing nearly half the revenue of ebooks and there’s nothing to suggest that their overall expenditures will increase (even if the units purchased do).

A fourth way for digital book growth to occur would be the decline of retailer access such as grocery stores, big box stores declining to stock books or drastically reducing space given over to books. The closure of Barnes & Noble would likely result in a migration toward ebooks for some readers, but there would be thousands of casual readers lost entirely (as the market for books contracted after Borders’ bankruptcy). And some would simply buy print books from an online source.

The first two scenarios are not likely to contribute or assist digital book adoption.

Overall reading is not increasing.

Among all American adults, the average (mean) number of books read or listened to in the past year is 12 and the median (midpoint) number is 5–in other words, half of adults read more than 5 books and half read fewer. Neither number is significantly different from previous years.

This may be attributable to a decline in young reading.

Research released today from Common Sense Media shows that not only do reading rates decline as kids get older, but they’ve also dropped off significantly in the past 30 years. In 1984, 8% of 13-year-olds and 9% of 17-year-olds said they “never” or “hardly ever” read for pleasure. In 2014, that number had almost tripled, to 22% and 27%. Girls also tend to read more than boys, as 18% of boys say they read daily, while 30% of girls do.

That leaves the migration of existing readers from print to digital. The question is what will make them move and in what numbers? If digital book adoption doesn’t grow in the US, then perhaps the only source of growth for digital only authors would be foreign markets.  We are definitely in the first digital plateau. Where do you think digital ebook adoption will end up? Do you agree we are in a plateau? What will power digital ebook adoption in those who haven’t switched yet?

1. Amazon announced that one quarter of its sales were from indie publishers. Indie publishers include anyone who uses the KDP platform which includes digital publishers like OmniFic and Entangled and the like as well as individual authors. It should be noted that this is unit sales and not overall revenue.