Enhanced ebooks have been the talk of publishing for quite some time, primarily because I believe publishers thought that they could halt price erosion with the promise of a book that had extras. Enhanced ebooks really haven’t taken off, but companies like Vook still remain attractive the publishing world.

Possibly the best selling and most memorable enhanced ebook I can think of is The Fantastic Flying Books of Mr. Morris Lessmore. It’s a children’s book that could be read as a flat, illustrated story and is sold as such, but the enhanced ebook provides additional delights such as the ability to play Pop Goes the Weasel on a particular page. 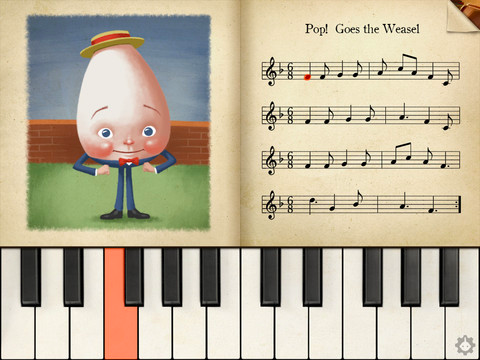 Harlequin tried the enhanced ebook with Nicola Cornick’s Unmasked back in 2008 and offered “interactive buttons that hyperlink to Web sites containing photos, historical commentaries, illustrations, sound effects, maps, articles and more.” The book is no longer for sale. Also in 2008, Penguin announced it would be offering a special edition of Jane Austen’s Pride and Prejudice which would contain “a filmography, period book reviews, recipes and black-and-white illustrations”. David Baldacci’s Deliver Us from Evil included a video tour of his office. You paid a $1.00 more to get access to this video so $15.99 for the book + video or $14.99 for just the ebook.

This week Amazon received a patent for “Customized electronic books with supplemental content”. The patent was originally applied for in 2010 and just now approved. The idea behind the patent is that both publishers and “trusted contributors” could add additional content to the book in the form of commentary, illustrations, or, given Kindle Worlds, additional scenes written by someone other than the author. Kindle already has x-ray fed by Shelfari (and perhaps soon by Goodreads) that provides character lists and book summaries.

Many fiction books come with a reader’s guide at the end, designed to facilitate book club discussion.

When enhanced ebooks first breached the customer horizon I derided them because publishers at the time weren’t releasing all of their books in digital form and what books were released digitally were often full of scanning errors, without book covers, and poorly formatted. While there are still problems with that regard, on the whole, ebook production values have risen in the last five years.

What I vaguely remember about Cornick’s enhanced ebook was that it took me outside the book. I’d read, click on a link and rather than having the information slide smoothly from within the content, a new window was launched and I was out of the book, onto the internet.

With the deep penetration of tablets into the reading market, enhanced ebooks could definitely be more attractive than they were back in 2008. I think the consensus in 2011, when I stopped going to tech conferences, was that the approach to enhanced ebooks had to be holistic rather than simply adding on features to an existing project. More The Fantastic Flying Books of Mr. Morris Lessmore than a content stuffed into an existing classic.

The problem, however, is cost.  The cost of producing The Fantastic Flying Books of Mr. Morris Lessmore is huge in comparison to taking an existing text an adding videos, a few pages of commentary, and a photo or two.  I’m not suggesting that there isn’t a market or that publishers (and self published authors) shouldn’t consider this, but with Amazon’s patent suggesting that it can create enhanced ebooks on the fly, true enhanced books will likely be more app than book.

Perhaps instead of or in addition to the enhanced ebook, publishers should focus on the creation and promotion of the collector’s hardcover. I’d really love to have Meljean Brook’s Iron Seas series in leather bound hardcover with several color illustrations and a fold out map.  Perhaps the same could be said of Karen Marie Moning’s five book Mac and Barron’s books.  Gail Carriger’s Soul Protectorate series was promoted with an online paperdoll game. Maybe a select print run including paperdolls in the back of the hardcover could be offered.

The market isn’t there yet for the special edition hardcover.  I’ve heard that there has been some experimentation with limited print run of hardcovers for books that have appeared in trade paperback only.  The response to those books have been lackluster.  But, print is the one area where publishers still maintain superiority and dominance. Rather than going the enhanced route, why not return to their roots?