The rise of self publishing hasn’t just affected traditional print publishers. In fact, with the rate of ebook adoption slowing many observers suggest the numbers indicate we’re reaching a plateau. One of the less publicized victims of the sea changes occurring in publishing is the digital first publisher.

While reports of financial instability has plagued Ellora’s Cave, one of the oldest digital publishers around, for years recent rumors place Samhain squarely in the spotlight as well. Long time readers of Dear Author are familiar with the rise and fall of digital publishers back in the mid to late 2000s. It seemed that everyone with a passing knowledge of a WordPress template felt comfortable setting up shop.

Through it all Ellora’s Cave and Samhain have endured.

Recent reports from authors, however, suggest that both companies are struggling. Ellora’s Cave is undergoing several months of non payment of royalties stemming back to October 2013.

In response to the late payments, the owner of Ellora’s Cave sent out a group email in February explaining that royalties were late because a new program had been installed but the software program needed fixing resulting in the EC staff having to calculate royalties by hand. 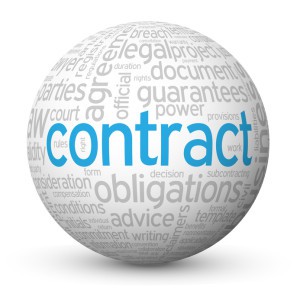 Samhain doesn’t have money problems. From all accounts, the company is still flush but experiencing some downturn in sales. No, the complaints about Samhain have to do with author contacts and contract terms. These more restrictive terms seem inspired to keep more rights within the company.

There are the general complaints that Samhain is slow to respond to any inquiries. But more disconcerting for authors is the change in several policies.

It used to be that obtaining a reversion of rights was fairly simple. Any author could request a reversion of rights after seven years. Combined with robust royalties of 30% off the retail and 40% off sales direct from the publisher, Samhain was viewed as one of the best and most author friendly contracts around.

Tides are turning. Currently Samhain is being non responsive to reversion letters. Samhain, in response to an inquiry, simply says that it is being thoughtful in the way that the requests are being processed.

A new contract clause is being inserted. The boiler plate language is “Metadata with respect to the Work shall be considered work made for hire to the Publisher and Publisher shall own all rights to such metadata.”

According to the IDPF (Independent Digital Publishing Forum) who sets epub standards, metadata includes all of the following:

When pressed, Samhain clarified that it wanted only to keep tagline, cover copy and sales hook. Unfortunately when the modified contract came back, it still included the above language allowing Samhain broad rights over the metadata and some authors are concerned that the lack of specificity could cover author pen names (creator/contributor) or the type of format (epub/kindle/pdf) and so on. Samhain asserts that this clause is negotiable, but the clause as written is very broad.

Because reversion of rights is becoming so important, these metadata clauses need to be worked out. It’s understandable for a publisher to want to seek to protect its own work but using the overly broad term “metadata” without an exhaustive list of what that term includes may very well endanger authors.

Perhaps the final straw for some authors was that when the reversion was requested, a new contract was sent to the authors that would bind them to additional terms along with the original contract signed.  Samhain asserts that this language could be negotiated as it was the result of an overzealous attorney designed to protect Samhain’s rights. However, a reversion of rights is a contractual right. A request to get the right to that work returned to the author should not be met with new contract demands (unless there is more money involved).

Nonetheless, the changes appear overreaching. There are already exchanges between authors on private loops warning others away from these two big digital publishers because of lack of payment, slow payment, slow response, poor contract terms, and reduced sales.

Self publishing and even new digital publishers are hammering away at the base of older and established digital publishers as more and more authors are determined to forge their own path. It’s unsurprising that there are both financial troubles and contractual issues arising out of this.