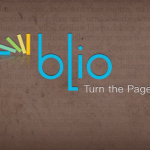 Blio:   Blio is the brain child of Ray Kurzweil and everyone was super excited about it when it was first announced.   I had my own ebook tingles which waned as the software platform became more nebulous and when I actually saw the demo of Blio.   Blio is probably going to be good for educational purposes and non fiction but honestly, it is only going to work for those books that are specially made for this platform.   In other words, readers of long narrative fiction won’t find Blio compelling enough to move to its new platform and new DRM scheme.   Blio is supposed to be released this Thursday, September 28.   No Mac release, however.

Copia:   Copia has a lot to offer readers such as an integrated social network and a new way of shopping but the benefits of Copia, that make it worthwhile to move to Copia, really depends on how many of your ebook reading friends are going to buy books from Copia.   I sat through an hour presentation on Copia and one of the neatest features was the ability to read a book and see your friends’ notes and comments.   I would love that, particularly for a book chat.   But Copia’s social network of books that allows you to see what your friends’ think, intertextually, about a book only exists if all of you and your friends buy your books through Copia’s store.   I love a lot of the features Copia is going to offer, such as customized bookshelves (kind of like more visually oriented lists that Amazon allows you to create) with multiple levels of privacy but as an existing Goodreads user, I can’t see myself moving over to the Copia platform unless a lot of my online reading friends are there.   Copia is currently in beta testing.   No word on the release date.

Google Editions:   I keep reading that Google Editions will be the savior of everyone.   That independent bookstores will be saved; that publishers will be thrilled; and that consumers will win.   I don’t really get how all these magical things will happen with Google Editions.   What we know about GE is that your content will exist in the cloud.

Google Editions will be able to function on any device with an Internet connection. Once a user purchases, it will be stored in their collection when users sign in to their Google account, a type of freedom that eludes both Amazon's Kindle and Apple's iPad.   (Jane’s note: GE will likely not work on the Kindle even though Kindle has a browser and an internet connection and truthfully, we don’t know whether GE will function on a connected nook or a connected Sony Reader).

and it will have Adobe DRM

Google will support Adobe ACS4 as its current provider of an industry-standard digital rights management (DRM) solution for downloaded files of Google Editions. Google will require users to link the Adobe DRM software in their Google Editions via a one-time authentication per reading system. These devices may then request ACS4 encrypted EPUB or PDF files via a Google-provided API.

Now, Adobe DRM is flash based as far as I know so in order to have downloaded, offline access for Google Edition books, you will need to be able to authenticate your reading system through Adobe.   This currently is not possible under Apple’s operating system, as far as I know. (Hence the need for reading apps from Google for the iThing).   How this system is different than say Kobo is beyond me.   Richard Curtis claims that GE will “unchain” books, but offline downloading happens one book at a time.   What happens when you are done reading that one book?   There are a lot of offline devices out there, not the least being the 45 million iTouches out there. Further, while publishers get to set prices, the GE FAQ says that pricing is ultimately determined by the retailer.   This was confirmed in an interview with Debbie Stier from HarperCollins.   Confused yet? Me too.