Authors, Readers and Discoverability in the new age of publishing 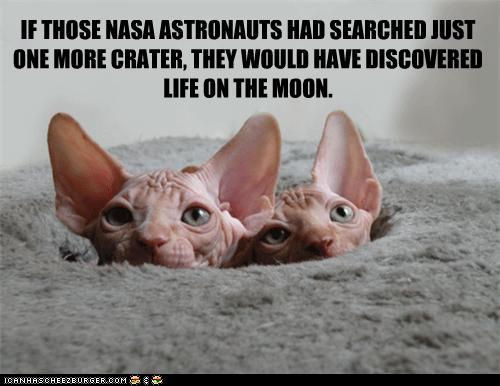 We are now in a period of disintermediation which essentially means the number of entities in the supply chain between the content creator and the customer have been reduced.   The reason for this is because the supply channel has become incredibly efficient and cost effective.   If you can type up a book in Word, you can publish it digitally on platforms like Kindle and Smashwords.

The challenge authors face right now is this:

Contracts are being signed right now that extend 2-3 years out (and maybe longer). The digital reading market is growing and authors need to be equipped with what that will mean. In other words, if digital market is 30% then only getting 8% royalty will require a much higher advance to recoup the royalty loss. If the digital market becomes a force in 2-3 years or even just a few years beyond that, would you rather have no advance and a higher royalty?

Many authors are looking at the growth in digital, the decline in mass market sales, the reduction of Borders’ footprint, the decreased orders from Wal-mart and thinking, hey, this digital thing might not be so bad after all.   I think with the inclusion of digital book sales by the NYTimes and USA Today, digital books are finally gaining an imprimatur of respectability.   For the record, while at TOC, a bunch of us made predictions about what the digital book market would be like at the end of 2011. I said it would represent 60% of trade publishing revenue.   A year ago, I probably predicted that 30% wouldn’t be achieved for five years.*

As I said in the beginning of 2010, this is both a great and terrible thing:

This is both a boon and a curse.   It's a boon because it means that more books of a greater variety will be available to the reader. It's a curse because that means more books a reader must filter through to find new reads.   Quality will vary wildly.   But the fact is that there is a number of books out in the marketplace that are of low quality, poorly edited, with horrible covers, that aren't worth your time or your money.   When I looked at the free list of books that All Romance eBooks were promoting during the holidays (probably because those publishers participated), it confirmed what I thought already: the dross is already here and in large number.

The current publishing system is a system of filtration.   Authors submit to agents who submit to editors.   The editors produce books that are bought by retailers and wholesalers and the reader gets to choose from that selection.   Except not exactly.   With the rise of online book purchasing, the decline of physical brick and mortar stores, and the rise of digital books, the reader is confronted with a panoply of reading choices.   Too many, in fact.   One reason why 30% of book discovery happens in the bookstore is because readers are being offered a smaller and more manageable selection.

The big question is how do we find good stuff to read in the future?   I’m going to suggest four ways.

1.   Metadata.   Metadata is the text (letters and numbers) that are embedded in the file and identify the contents of a digital book.   Metadata can include the blurb but also keywords associated with the digital file.   One of the reasons that people believe that Google Books will be a dominate player in ebooks is due to its knowledge of search and people’s usage of search terms. But Google will have to seriously step up its game.   This is what shows up for What I Did for a Duke by Julie Anne Long.

Authors who self publish (and publishers of course) need to ensure that the books have metadata that make it easy for readers to find the books that they want. I.e., if I want to read a historical friends to lovers story containing a marriage of convenience plot, I should be able to type that into a retailer site (or somewhere) and have those books pop up.

2.   Social sharing sites.   I get a ton of recommendations via Twitter and I’m sure people say the same thing about Facebook.   I also pick up recommendations from Goodreads.   There are other social networking platforms for bibliophiles such as Library Thing and Amazon’s Shelfari (against which I still hold a grudge because of its terrible spamming of readers).

The takeaway is that you never know which reader will be influencing another reader, but we do so via social networking sites, blogs, and emails.   Authors getting their books out there to readers will be a key to discovery.

Author coops.   A number of really good backlist titles can be found at AWritersWork.com including titles from Patricia McLinn, Patricia Rice, Jasmine Creswell and others.   The problem with these books is that the covers, for the most part, make the books look less than professional.   Compare the covers to these books published by a group of authors under the imprint “Wicked Writers“.   Ironically, I prefer the books at A Writer’s Work to those offered by Wicked Writers, but by covers, there is no comparison and I don’t just mean because there is man titty on the Wicked Writer’s covers.   The WW’s also do something clever by branding each cover with a consistent logo.   If a reader reads a WW book, she can tell almost instantly which books she might also be interested in purchasing. 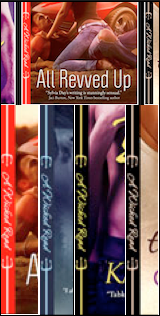 I definitely see advantages to the WW method of self publishing and look forward to books published by groups like Unusual Historicals or The Oddshots.   (This is theoretical and not based on any insider knowledge).   The point is that authorial coops can work like an extreme version of the author endorsement on the book cover.   Of course, there are drawbacks to that type of branding or endorsement.   I have an instinctive recoil every time I see Deborah Anne MacGillivray’s name on anything.   Most of the authors at Wicked Writers I have tried at one point or another and thus it’s not likely I would buy anything under that brand.   However, I think that type of author cooperative works well because it leverages the readers of many instead of just a few.

Editorial epicenters.   Back in 2006, Sarah Wendell mused about whether readers would glom onto editors’ like they’ve glommed onto authors.   Currently, editors try to buy books that sell but there are certain editors that have a flair for a particular type of book.   Cindy Hwang is fairly well known for her paranormal authors (Christine Feehan, Nalini Singh, Meljean Brook to name a few).   Wendy McCurdy has a stable of historical authors (Madeline Hunter, Jo Goodman, formerly Elizabeth Thornton, Sherry Thomas).   If editors start freelancing and offering their editing skills to self published authors (which I believe will happen), editors themselves can become their own sort of publishing imprint.   (I had an idea to do this with the launch of the anthology in the winter, but I think it will be cost prohibitive and by that I don’t want to front the money for putting out quality books and I wouldn’t put out books unless they were professionally edited, copy edited, with a professional cover).

4.   Aggregators.   As disintermediation increases, books will come at the reader from a thousand different sources   and that will simply be too much.   What will happen, I believe, is that there will be aggregators of content.   (This will also reduce the costly time investment in self publishing).   To some extent Smashwords, Scribd, and others are already aggregating and delivering content but I suspect that there will be services that will collect content from various writer coops and then deliver them to readers in more manageable form (searchable, sortable data).

How do you think you will find and buy books in the future?   Do you browse for books online and if so how?   Are you willing to try new authors that are published in non traditional ways or are you sticking with published books and how do you tell?

Oh, how the landscape has changed so dramatically. In preparation for this post, I re-read several posts in the Dear Author archives.   It was under 2 years ago when the president of RWA effectively said that digital publishing wasn’t a legitimate career path!   In 2007, I was writing manifestos to ebooks, trying to justify them to readers.   In 2008, I was begging for publishers to digitize their books and wondering whether the publisher business model would change.   But I was also saying that self publishing equated with inferior to me. My opinions have changed since then, obviously.   I wonder if Pershing’s opinons have changed?

→ Jane
Previous article: REVIEW: American Vampire by Jennifer Armintrout
Next Post: REVIEW: What I Did For A Duke by Julie Anne Long