A secure alternative to Dropbox: Tondio, SpiderOak, Cubby, and GoodSync

In light of the David Petraeus scandal, we learned that an existing law enacted in 1986 allows law enforcement entitties to obtain your entire cloud based storage without a warrant.  This means that your information is only as secure as the third party deems it to be private.  If they want to give it up, there is no law to stop them.

Dropbox is a cloud storage and sync program that allows syncing between computers and access to files while on the road.  I have used this service and program for a few years and have written out instructions on how to create one’s own cloud of ebooks using Dropbox.  However, Dropbox, like Gmail is a cloud based service who may provide your information to the government without a warrant.  I wanted to see if there were easy but safer methods to create a private and personal cloud.

The answer is yes, but none that are as easy and full featured as Dropbox. 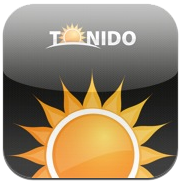 Tonido offers remote access to all the files on your computer. This worked without much configuration.

Tonido also offers a sync feature however there are limits of 2GB for the free version and 100GB for the Pro version.  The Pro version costs $39 and allows 100GB of synced data per year.  It’s hard to say whether you will run up against the 100GB limit but you will easily surpass the 2GB limit per year.

So long as the Tonido software is running and your main “server” computer is connected to the internet, the files would be accessible via mobile app or web browser.  For syncing, you designate a “Sync” folder, much like Dropbox, and then Tonido will sync that folder with any other computer that has Tonido installed.

Tonido sync is private and resides solely on your computers.    Out of all the programs I tried, this was the cheapest and easiest and because your computer serves as the could, a safe and secure option.

This requires a computer to be on all the time and connected to the internet.  While I tested this program, my computer would go to sleep and the network access would be off.  Further, you are limited to 100GB of transfer per year at a cost of $39. 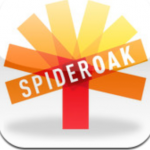 SpiderOak is mentioned time and again as a secure option to Dropbox.  From your site, SpiderOak’s system cannot expose your personal information to anyone even under a government subpoena while still allowing syncing, sharing, and accessing of data from anywhere.

While the data is uploaded and transferred, SpiderOak encrypts the data.  The key is your password that you create when you create an account; however, the password is never shared with SpiderOak and they can never reset it.  This isn’t a bug, but a feature.

The concept is great.  You can sync between devices without the company ever knowing or seeing your data.  It’s a free option and combined with Tonido provides you with essentially the same access as dropbox at no cost.  Further, it does not require a special folder for sync. You can set up as many syncs as you like, no matter where the files reside on your computer. As a backup program, it works just fine. You can use the existing file structure of your computers.

A sync I set up actually deleted files. I could not get the Sync to delete.  Syncing was definitely not effortless.I found several people complaining in the help section about deleted files.   Unfortunately ease of use was low so while it might be the most secure, it’s not the easiest to use. 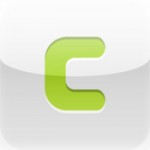 Cubby is a service provided by LogMeIn.  LogMeIn is famous for its networked conference abilities and ease of use remote access but it has never been cheap.  Cubby has two components: a cloud component and a direct sync component.  You can back up  to 100 GB of storage for $6.99 per month (or $3.99 beta pricing).

Like SpiderOak, Cubby provides you a way to directly bypass cloud services to sync your devices.  Cubby in conjunction with Tonido allows you Dropbox like access and syncing capabilities but it comes at a cost.  It is quite a bit cheaper than Dropbox which is $9.99 per month for comparable space.
Platforms:  Windows OS, Mac OS, Android, iOS

Cubby allows “Direct Sync” between computers if you purchase the “pro” version.  DirectSync is like Tonido and SpiderOak in that it bypasses the cloud entirely and allows your files to be synced peer to peer or from computer to computer.   Additionally, you can keep the same file structure. When you drag a file into Cubby, it does not move the file around on your computer, but preserves the file structure.

To access the DirectSync feature, you have to purchase the pro version even if you have no desire to use the cloud. LogMeIn has always been a premium priced product so I would be worried the price of access would creep up.  Sync can take a very long time.  Cubby recommends seeding the remote computer by transferring the initial set of files via a USB or some other manual piece of memory. 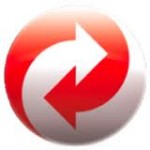 GoodSync is a simple but powerful sychronization tool.  Used in conjunction with Tonido, you can have a Dropbox like setup.  GoodSync uses a block-level transfer to allow to computers running Goodsync to match files.  “With block-level transfers, only the parts of a file are transferred that differ. When GoodSync identifies a file that has been updated or changed it calculates the exact binary data within that file and sends only the changed information. This way each file transfer only passes the data required to update the destination file. A normal file transfer would send the entire file, even if only small parts of the file have changed.”

For a one time fee of $39.95 (on sale at the time of writing this post for $31.95), GoodSync provides secure synchronization between as many computers that run Goodsync.

It’s not free and requires some customization and setup.

Unfortunately, there is nothing as secure as SpiderOak and Tonido that is as easy to use as Dropbox. Dropbox is dead simple. Install the program, designate the Dropbox folder and the rest is done for you automatically.  If you want something more secure it will take some money and some effort.
Rating by ease of use:
Rating by cost

I’m interested in the Tonido plug.  Some users have installed Calibre on it.