A review of the 2012 publishing predictions 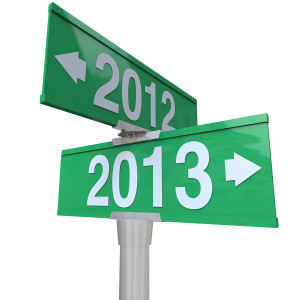 I promise that this was more amazing at the end of 2011 than it seems now because there was still a lot of resistance to self publishing, as if it wasn’t a serious publishing career path.

E.L. James’ 50 Shades trilogy will soon be released in hardcover making it a complete inverse of the traditional publishing process which used to be hardcover, trade, mass market, and ebook.

While there have been a few new publishing services companies, most of the self publishers are do it yourself-ers, preferring to either use friends or people through the word of mouth. I think that there is a big space in the market for low cost, quality self publishing services and a centralized location to find cover artists, copyeditors, proofreaders, and content editors.

2. (FALSE) In an effort to capture the attention of talented authors, the digital rate of books at the big six will rise to 30-35% off the net with higher figures being offered to backlist only titles in exchange for nominal to no advances. And/or more tiered royalty structures will appear similar to the Avon Impulse and Samhain Retro Romance line.

Digital royalties have not risen with the mainstream publishers. However, other publishers like Carina Press, Amazon Montlake, and Entangled Publishing have increased the digital royalty rates. Maybe I could call this half true and half false?

Mainstream publishers have all launched a digital first arm and it is through this arm that they are experimenting with serials and lower cost digital only books.

3. (TRUE) Readers will gravitate to lower priced books, those priced 3.99 and under, so long as the book has a good hook and a decent cover. These books will be substitutes for traditionally priced books. … Breaking out as a new author is more difficult than ever, particularly from traditional publishers. I suspect the new books that readers will be talking about will come from the $3.99 and under price range and those books will be available to readers around the world. That’s the discovery price range.

The average price of the bestseller has fallen and other than 50 Shades, the new successful authors are primarily pricing their books at $3.99 and under. While readers will buy their favorites, publishers are beginning to recognize that low prices can be used to drive discovery and pricing the start of series at $2.99 or $3.99 and under.

4. (TRUE) I think the price of most digital books will be $3.99 and that $.99 fiction will fall into either short fiction price (under 25K words) or will be promotional. Publishers will experiment with book pricing and readers will be more hesitant to buy older titles at full price, hoping for a lower price deal.

In 2012, we saw mainstream publishers like HarperCollins, Macmillan and Hachette experiment with promotional pricing at a rate we had not seen previously.  I hear many people say that they aren’t willing to take chances on new authors at high prices but they will buy favorites at retail list price.

5. (FALSE) There will be a Steam-like publisher offering resellable digital books, available only in the cloud. This is being experimented with by Austrialian publishers Book.ish and ReadCloud. This might be offered by a romance publisher, but I suspect it will be a small press publisher for SFF or maybe comic books or a textbook publisher that would allow students resell ability of their digital texts.

The closest to this would be Sourcebooks subscription service.

6. (SEMI TRUE) Sites like Goodreads will become more popular and thus more powerful. Goodreads currently has over 6 million users… My boldest prediction is that Amazon will purchase Goodreads for the community and its recommendation engine.

Goodreads is more popular than ever. It currently has 13 million readers, nearly double in size.  Amazon did not purchase it. I still think Goodreads is ripe for acquisition.  Maybe Random House + Penguin will buy it.

Interestingly, it seems like digital book portion of the market is leveling off around 30%.

8. (FALSE) BN will offer an iTunes matching service for books which scans your hard drive for books and then offers you a matching book in Nook compatible format for no extra charge (this might be cloud available only). This will be a move that will encourage Kindle users to trade in their Kindles in exchange for a nook.

Barnes & Noble did none of these things and after this year’s disappointing sales, there are some who believe B&N is about three years from closing its doors altogether.  B&N won’t close its doors, but it likely will continue to close locations and transform from book selling into other retailing.  It has a strong consumer brand name that may be transferable to other retail consumer goods.

9. (TRUE) BN will continue to move toward offering non book content. BN will allow large store leases to expire and relocate into smaller locations. The larger locations will decrease the book content to half of the retail contents.

While books maintain a big part of B&N’s focus now, increasing space is given over to technology items, games, and other non book goods.  But store closings occurred all over the country from Texas to Minnesota to New York to Illinois.

Apparently 3M is working with Readerlink and Txtr to bring digital books to grocery stores, convenience stores and other retailers.  There may be an attempt to bring print on demand to those stores as well; however there has been no announcements about innovation in the print on demand market.

Things that happened in 2012 that I didn’t anticipate:

What did you think would happen in 2012? What did happen? What surprised you?