We’ve posted a comparison table between the three reading tablets and a hands on review of the Vox, the Nook Tablet and the Kindle Fire. Not to mention the Kindle Touch, Nook Touch, and Nook Color. But once you have the device or your loved one has the device, what next? Now it is time for accessories.

I used to be a huge proponent of the cover versus the sleeve but since the advent of the gorilla glass, I’ve changed my mind. It is harder to scratch the screens on these devices and the cases are often holding the devices in by unsightly elastic bands on the corners. I’ve been using my devices naked more often and really enjoying those devices in that manner.

For the eink readers, a case might be better choice if you do a lot of walking and reading and don’t plan to remove your device from the case.  The Amazon sells a light case for the Kindle Touch that runs off the power of the Kindle itself. I have one for my Kindle Keyboard and love it.  Barnes and Noble offers a huge variety of beautiful cases. My favorites are the ones where the reader clips in. 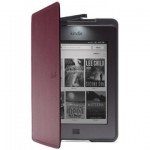 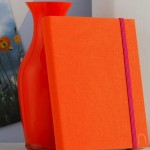 But I’m not often carrying my eReader, Tablet or iPad outside of my purse while moving about.  Further, a case can add a lot of extra bulk and for Tablets and iPads, that extra bulk isn’t worth it.  Thus, what I do want is to protect the face of my device from the keys, tweezers, pens or other random stuff that might scratch it. If you want to use the device without bulk, get a sleeve.

The other benefit of the sleeve? You can get anything from a very inexpensive neoprene sleeve to some gorgeous handcrafted cases. ($9.99 – $79.99). 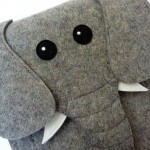 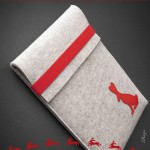 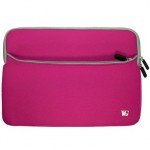 I like to keep a power cord in my purse so that if my device gets low on power I will be able to charge it away from my home. 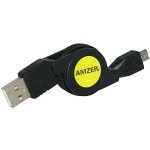 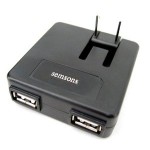 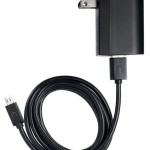 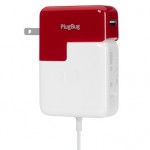 A couple other neat power sources includes the power brick for the iPad/iPhone/iTouch/Kindle Fire/Nook Tablet.  It provides a 2.1 amp USB port and can provide up to 10 extra hours for your tablet. ($99) An alternative is the ThinkGeek iGeek Large Capacity Portable Charger.  It allows for two USB connections (1 amp & 2 amp ports) and offers up 17 hours of movie time for the iPad2.  ($61.99) The travelers charger from Restoration Hardware rolls up while traveling and unrolls to provide a plugin tip for iPhone/iPad2, Mini USB, Micro USB, Samsung. 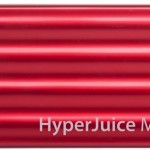 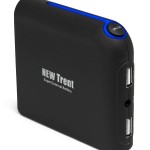 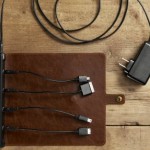 And for in your car?  Turn the cigarette lighter into a plugin with ThinkGeek’s Coffee Cup Power Inverter. ($24.99)  Ned says this isn’t very manly so you could get this one instead.  I use a simple USB micro charger in my car. It’s nearly flush with the panel and in my Kia, the cigarette lighter top actually can close over this one.  Ned got the other one because it has a little handle to pull out the USB charger but it doesn’t sit as flush.  Make sure that the USB charger is compatible with the iPad if you want to use it to charge your Nook Tablet or Kindle Fire. 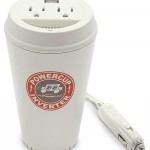 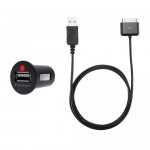 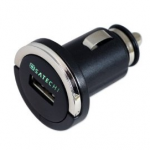 Only the iPad allows for a connection of a keyboard and while most are expensive, I do recommend one.  A keyboard really extends the functionality of the iPad. I’ve tried several.  I do not recommend the soft keyboards, particularly this device. I got this one as a member of the Amazon Vine program and while it is great for protection of the iPad, the keyboard part of it is really awful.  You could feel a single stamen (for lack of a better word) that needed to be pressed squarely in the middle or you would get multipllllllles of one letter.

I also don’t recommend the Apple bluetooth keyboard because if you carry the keyboard around in your purse the keys will eventually fall off.  Yes, this is from personal experience. 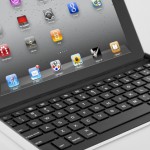 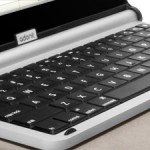 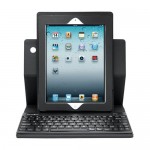 The first thumbnail is for the Logitech Zagg Bluetooth keyboard.  The pros to this keyboard is that it works as a hardcase for the iPad and you can use the iPad in either portrait and landscape form.  The device is rechargeable via a micro USB and holds its power for around 3 weeks with casual use. The keys are nice sized and there is top row that allows you easy access to volume, home, and music control.  The con is that I have found the edges to be very sharp. You cannot change the angle of viewing. (This looks to be similar to the Logitech but at half the cost) ($72.95)

The second thumbnail is for the Adonit Bluetooth keyboard.  A friend of mine bought this and let me borrow it for a few days to test it out. (We traded).  The pros to this keyboard is the quick eject feature as well as the soft resting pad for your wrists.  There are several view angles.  The cons are that the keys are slightly smaller than that of the Zagg.  The device is not rechargeable but instead relies on 2 AA batteries. (This might be a pro for others)  The keyboard only works in landscape format and it is more difficult to use on your lap versus the Zagg. ($89.99)

The third thumbnail is the Kensington Keyfolio.  Another friend of mine has this.  I did not get to borrow before the review but I did play with it at a day long meeting.  The pros of this keyboard is that you can use it in both landscape and portrait format without ever removing the device from its case.  The keyboard keys are about the same as the Zagg.  The angle of viewing is adjustable.  You can easily access all ports without removing the device, including the camera. The cons are that you really can’t use this on your lap very easily.  Also, there is no quick release like the previous two which makes it more difficult to use while in bed.  It is more bulky than the previous two.  ($61.62)

These are small accessories but might make great stocking stuffers. 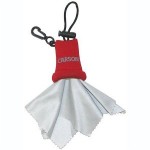 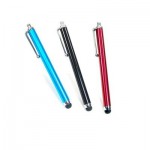 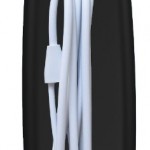 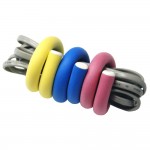