Last week we talked about the dedicated ebook readers from the high end Sony Reader PRS700 to the Kindle. One thing that commenters addressed was the conversion issues. I.e., how difficult is it to convert content to be read on the Kindle, Sony, et al. I think that there should be a whole post on that sort of thing. Additionally, if you are worried about what device to purchase based on the non DRM books available from stores like Samhain and the like, then you should check out this format table.

On to the topic of the day: Multi function devices.

I started reading ebooks on a multi function device. My first portable device that I read ebooks on was my Palm m505. I moved on to the HP IPAQ 4700 with a 4″ screen. It was wonderful for me and really marked my wholesale embrace of ebooks.

When the Sony Reader was released, I was all over it. But I purchased an iPhone shortly after and found myself reading more and more on the iPhone because I could read the iPhone in bed without a booklight. Having a light for nightime reading was supremely important to me as I do most of my reading there. Oh, I read in lines and some during the day, but the majority of my reading time is at night so the Sony Reader was left more and more unused. I finally realized that I wasn’t using it at all and shipped it down to Jayne. I know she had been using the iPAQ 4700 and now uses the Sony Reader. She has said that she prefers the larger screen.

i do think that one of the major drawbacks of the multi function is the screen size. There isn’t a decently prized multi function device with a screen size comparable to an eink reader and that has the right form factor. What I mean by that is there are netbooks, like the Asus eeepC or the HP mini or even the dell mini that are priced under $500 but becuase the keyboard is not detachable, it really doesn’t work well as an ebook reading device. There are four types of multi function devices that I see as reasonable ebook reading devices: 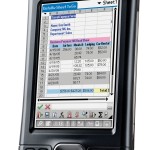 As mentioned above, my first portable reading device was a Palm m505. It was classified as a PDA, a personal digital assistant, and it’s primary role was to provide me with an electronic calendar, rolodex, and to do list. There were other functions, but those were the primary selling points. PDAs have largely fallen out of favor given the rise of the affordable smartphone, particularly the iPhone which married the big screen concept from the PDA to the Smartphone. The advantage of a PDA is that there is a one time outlay v. the smartphones which require a monthly cellular contract. I think that the iTouch, because it has wifi capabilities, falls more in this category than the Smartphone or netbook/UMPC category. A PDA should have a decent sized screen (something 3″ or larger). You have the option of the Palm OS, Windows Mobile, or the Apple platform.

PROS: Many supported formats, built in backlight, ability to surf the net, grab emails, play music and video, do some light notetaking, organize contacts and appointments. With keyboard, can perform some light wordprocessing duties.

If all you are going to use the device for is reading, then it makes more sense to go with a dedicated reader for the same price. If you want to surf the net, grab emails, do some light notetaking, and a host of other conveniences, but don’t want to get a smartphone, then a PDA might be the right product. If the PDA seems right for you, I would pick up the iTouch ($229 for 8GB), Palm TX ($259) and IPaq (starting at $299). EBay is a good source for older, used devices such as the iPaq 4700. 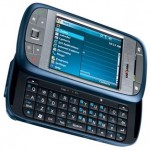 A smartphone is defined by Wikipedia as ” mobile phone offering advanced capabilities beyond a typical mobile phone, often with PC-like functionality.” Essentially, what used to be a PDA market has morphed into the smartphone market. The Smartphone has the same pros and cons of the PDA described above (and the same format limitations) but with one proviso and that is the smartphone is, of course, a phone and therefore can offer up two major functions for the ebook loving person. In the smartphone category, there are two other platforms in addition to the ones above: Blackberry and Android.

*Currently there is no secure format available for Android. The developers of FB Reader are developing FB ReaderJ for the Android. FB Reader J will eventually read all the platforms for the main FB Reader program but currently supports only: oeb, epub, and rb2will.

**There are very few ebook reading programs for the Blackberry. There is a text reader but your best bet is to use Mobipocket Creator (free) to convert the files into a mobi file to be used with Mobipocket for Blackberry.

PROS: Many supported formats, built in backlight, ability to surf the net, grab emails, play music and video, do some light notetaking, organize contacts and appointments, make phone calls and text message. Constant access to the internet via the cell phone data package. Over the air purchases (i.e., like the Kindle, purchases can be made via the cell phone and then downloaded).

Here is a table for those platforms that can make over the air or untethered purchases:

The smartphone you buy will depend on your carrier and the cost. My preference is the iPhone but others might prefer a Windows Mobile or the Blackberry (although David Pogue of NYTimes and Matthew Miller of ZDNet was highly critical of the Blackbery Storm) 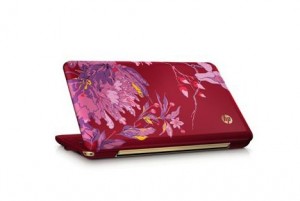 At RWA, Angela James of Samhain and SB Sarah both had small pcs known as netbooks. These are mini laptops weighing 1-2 lbs and having screen sizes of 8-10″ screens. These mini laptops ship with Linux or Windows XP. If you purchase the ones with Windows XP, you can read all the formats (even Sony if you have the software for the Sony bookstore but not Kindle). the problem is that you’d only be able to read about one book on the netbook before you need a charge (unless you get the 6 cell battery) and the form factor isn’t really designed for ebook reading. There are programs (eeeRotate) that you can download that will allow you to rotate the screen so that you can read more text per screen page, but you still have to grapple with the keyboard. If the netbook was a convertible, i.e., the screen could turn and flip allowing a slate like form factor (like tablet pcs), then the netbook would be a more likely ebook reader.

My suggestion is to go for the 10″ screen. I looked at both in person and the HP Mini with the 10″ screen just gives you so much more real estate than the 8.5″ screens. The following are good choices:

With the advent of the netbook or mini pc, the Ultra Mobile Personal Computer has fallen by the wayside, mostly because these puppies were super expensive. The one benefit of the UMPC over the netbook is the form factor. Most UMPC’s have a slate form function with a 7″ screen. Like the PDA, the UMPC is hard to find. Here are a few of the Windows UMPCs:

*If cost were no object, I’d buy the Fitjitsu Lifebook 1620.

So many choices, right? Well, let me help you distill.