With the advent of bigger screens on phones like the Samsung Note and the iPhone 6 and 6 Plus along with the proliferation of tablets, the number of e-ink devices being manufactured (and therefore sold) has declined. E-reader shipments fell from 26.4 million in 2011 to 18.2 million in 2012 ... more >

Scribd: Shut Up and Take My Money

Dear Author had an excellent Scribd offer a few months back, giving us a three-month trial instead of one month. I signed up, happy to have access to free books for three months. At least, that was the idea. I planned to read my fill for three months and cancel ... more >

The value of ownership and ebooks

I posted this in January 2011 but in light of last week’s discussion, I thought it was timely to repost.  Last week we determined that ebook pricing was not based on the cost of ebooks, but rather the most that publishers thought readers would pay for ebooks in this market. What ... more >

Are you a subscriber?

2014 may go down as the year of the subscription. It’s been something we talked about on this blog for many years. We discussed price point, the types of books we wanted to see Back in 2009 we took a poll about subscriptions when a new company called Paper Egg[FN1] ... more > 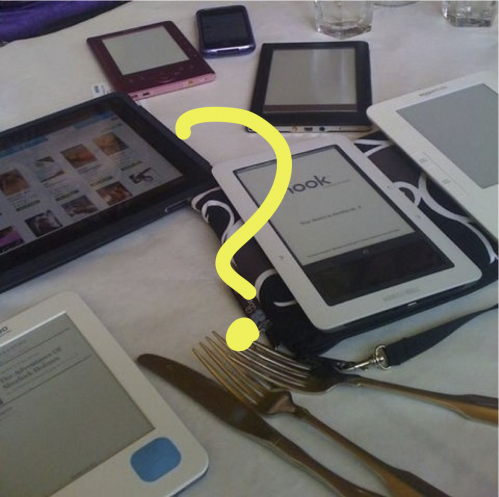 When I did my post last week, I was re-reading some of my past buying guides. Those focused on which ereader to purchase. I remember when I would anxiously await each new update to the ereader market and how excited I was about those new devices. Whee, this one has ... more >

Kindle Unlimited and the only Amazon numbers we know for sure.

Amazon is notoriously opaque. It does not reveal the number of devices sold or books sold or movies downloaded. It’s hard to measure the success of any one program and the algorithms it uses to construct its bestseller lists are a closely guarded secret. There are those who guess but ... more >