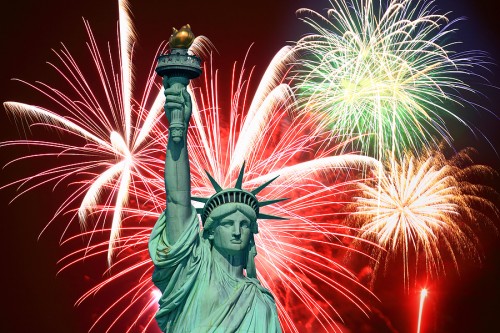 I admit that for a few moments last night I thought about not doing a news post but I eventually got over it. We still need news on Independence Day, right?

Copyright Reform Bill C – 11 | McMillan – “However, there are numerous restrictions. Most notably, because the work to be “format shifted” must be legally obtained and not borrowed or rented, copying music from a friend’s CD to an iPod would not be allowed. Moreover, the individual must own the medium on to which the work is transferred and the copy must not be distributed, even to friends for their own private use. Any copies made must be destroyed before the individual gives the original work to another person (so an individual cannot make a format-shifted copy and then transfer the original to another individual, retaining the copy). Finally, it would not be permissible to tamper with a technological measure or digital lock designed to prevent copying or access to the work. It is not clear whether these provisions would prohibit sharing copyrighted works over a home network, although a final revision to the Bill makes it clear that the reproduction must only be used for the individual’s “private purposes” (as opposed to just generally for private purposes as originally drafted, a change that might exclude family members).” McMillan Lawyers

Canada passed a Copyright Reform Bill that essentially makes it illegal to format shift or even backup a legitimately purchased digital item that has DRM on it.

Google Translate – Used software licenses may be sold in general. This applies even if the software has been purchased and downloaded from the Internet, as on Tuesday, the European Court of Justice (ECJ) in Luxembourg. ANZEIGE The Luxembourg decision is a victory for the German company UsedSoft, which is used with software, in a dispute with the U.S. company Oracle. With the sale of the software are the respective rights of the manufacturer of the copy is exhausted, the Luxembourg judges said to justify . It would not matter whether it is a CD-ROM or DVD, or is a “non-physical copy” from the Internet. Used software is used with licenses for software products from Oracle, among other things.  Spiegel

Across the Atlantic, the European Union struck a huge blow against Oracle finding that software licenses can be sold including digital products.  This implicates DRM and digital books.  In other words, how can a software license that is crippled by DRM be sold?  The EU ruling seems to allow for breaking the DRM to allow for sale.  I think a natural progression from here is to rule that digital books can be resold.

JManga – “This week we are proud to announce the addition of Nanae Chrono’s PEACE MAKER, the final volume of Fumiyo Kouno’s acclaimed To All The Corners Of The World, as well as a number of wonderful romance titles from Harlequin and Ohzora Publishing.” J Manga

We are going to have a few reviews of the Manga titles from J Manga coming up.

McDaniel Romance Writing Program– Based on a generous gift from Nora Roberts, McDaniels has created a romance writing program that will be taught by Jennifer Crusie.  You can enroll as a non-credit student and you do not need a bachelor’s degree, and international students interested in the program do not need to undertake the authentication of their credentials required of degree-seeking, for-credit students. The courses are online and asynchronous–you can attend class at any time, 24/7, from anyplace in the world that has an internet connection.  Inbox

Digital, print, oral: Shakespeare’s Sonnets for iPad brings reading full circle | The Verge – “Touch Press has designed beautiful, award-winning reading applications for the iPad, including The Elements, Leonardo da Vinci’s Anatomy, and (with publisher Faber) T.S. Eliot’s The Waste Land. But The Sonnets by William Shakespeare — a collaboration between Faber, Touch Press, Arden Shakespeare, and Illuminations — is arguably the first work of literature to pull off the deluxe tablet edition right. Not only is the execution top-notch, but the work itself is perfectly suited to the task. At $13.99, the price isn’t bad either.” The Verge

If you have an iPad and love Shakespeare’s Sonnets, this gorgeous app might be just the thing you didn’t know you wanted

The Weeklings – Salon.com – “This got me thinking about some of the male characters I’ve loved in the past, ones who didn’t seem to fit into either of these categories, the old or the new. While there was self-involvement in all of them — a kinder term for it is “introspection” — they didn’t pitifully wallow. Or at least I didn’t see them that way. In these paper men, I looked for what I’ve looked for in any flesh-and-blood man: occasional, healthy self-loathing tempered by a sense of humility and an awareness of the world outside their throbbing male brains.”  Salon

Janet Steen at Salon wishes that the real men were more like their literary counterparts, but in this case it isn’t billionaires good in bed, but self deprecating introspective guys. And romance readers are the idealists!