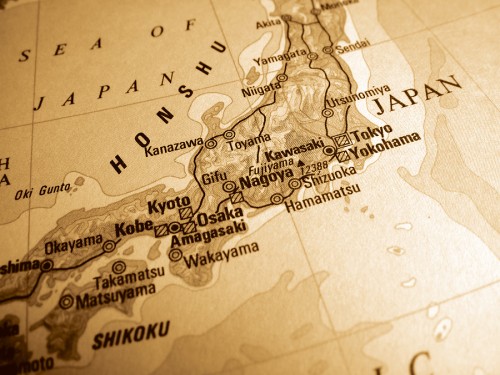 UK Hotel Now Swapping Kindles With Bibles – The Digital Reader – “A hotel on the east coast of the UK has come up with a gimmick that has all the gadget blogs buzzing today. Hotel Indigo Newcastle, the most recently launched location in the Indigo chain, is swapping out the Gideon bibles you’re used to stealing from finding in the drawers of hotels and motels with an Amazon Kindle.” The Digital Reader

The Bible comes preloaded but you might have to pay for a copy of the Koran.

Why Libraries Are a Smart Investment for the Country’s Future – TIME – “Today more than 70% of all libraries offer free internet access, and in a struggling economy where even applications for dishwashing jobs must be filled out online, that is no small public service. Today America’s library system sits at a critical juncture. The Library of Congress alone has lost some 1300 staff since the onset of the digital media age two decades ago. Until last week, four of the six largest American publishing houses did not lend digital books to libraries, president of the New York Public Library Anthony Marx noted. And last month, the NYPL’s move to renovate its landmark headquarters to include more computers and resources for the general public prompted protests from scholars and writers who wanted to preserve the space for research.” Time

Time argues, like me, that investing in libraries is important for our communities, not only because libraries offer access to books for underprivileged, but because the services that libraries offer to communities is invaluable and isn’t replicated by other organizations.

Kindle Fire 2 Specs, Details: 10-inch, 7-inch Amazon tablets coming – “Amazon is working on not one, but two new Kindle Fire tablets that will launch in the coming months. Earlier reports suggested that Amazon will announce a new addition to its Kindle Fire lineup late next month and while we cannot speak to the timing of Amazon’s upcoming announcements, BGR has confirmed that Amazon is indeed finally readying the launch of its 10-inch tablet. BGR exclusively reported last May that Amazon was developing two own-brand tablets, a 7-inch “Coyote” with a dual-core processor that launched as the Kindle Fire this past November, and a 10-inch “Hollywood” tablet that is powered by a quad-core processor. After a great deal of back and forth, a trusted source tells us that Amazon is finally ready to move forward with the tablet.” Boy Genius Report

Supposedly the news regarding Amazon’s updated tablet offerings will be at the end of July.

News – EXCLUSIVE: HarperCollins offers digital device loans – “HarperCollins has introduced a digital device loan scheme that enables employees to purchase an iPad, laptop or non-contractual mobile phone for their personal use. The scheme offers the publishing firm’s 900 UK staff an interest-free loan to buy a device, capped at a maximum spend of £500. Employees then repay the loan over a 12-month period through a salary sacrifice arrangement.” Employee Benefits

This makes a lot of sense. In prior years there were people in publishing that never read digitally.

Exclusive: Amazon to take on Brazil’s ecommerce jungle | Reuters – ” Amazon.com Inc (AMZN.O) is expected to set up a digital bookstore in Brazil in the fourth quarter, as it seeks to get a piece of the fast-growing online retail market in the country that inspired its name…. “Brazil would be the first country Amazon enters only with digital (products) and that is because of the logistic and tax difficulties,” said the industry source, who spoke on condition of anonymity because of the sensitivity of the negotiations. “Having a full retail operation? That’s the goal,” the source added. A Brazil-based operation would save the country’s 200 million consumers from paying high import taxes on online orders shipped from overseas.” Reuters

Kobo Kicks Off eReading in Japan — Kobo – “Start­ing today, the Kobo Touch eReader can be pre-ordered for ¥7,980 in­clud­ing tax (or $100 USD) in time for the of­fi­cial Kobo launch where we’ll be of­fer­ing a fully loc­al­ized Ja­pan­ese ex­per­i­ence at http://?kobo.?rakuten.?co.?jp, with local cur­rency, and pop­u­lar Ja­pan­ese con­tent and au­thors. Kobo will offer a ro­bust lineup of Ja­pan­ese titles, in­clud­ing nov­els, es­says, busi­ness and comic books, in ad­di­tion to the 2.5-mil­lion titles avail­able in Japan. The Kobo Ja­pan­ese cata­logue will con­tain a wide as­sort­ment of titles by year end, in­clud­ing ex­clus­ive con­tent only avail­able through Kobo.” Kobo Books Blog

I use themify as the base for this site and the releases.dearauthor.com site.  From now until July 4th, you can get 30% off a Themify theme.  Enter “nationalday” coupon code on checkout to save 30% off any theme or Club Membership.

Stephanie Lauren’s Midsummer Newsletter – THE CYNSTER SISTERS TITLE CHALLENGE! Readers are invited to come up with titles for Laurens’ next two books. Titles get submitted for a week, then finalists are selected and voted on the next week – and if you submit one of the titles that, at the end of the voting round, is chosen by popular acclaim, you will be acknowledged on the Acknowledgements page in the respective book.  First round ends July 6 (5:00 pm US-EST), and voting on the finalists, separately for each book, begins July 10. Further details on the Challenge pages. Open to all readers globally. To learn more and enter

Heather Graham offers free trip to New Orleans.  Heather Graham, who is currently promoting her July 2012 book, THE UNHOLY, is now offering her readers the chance to win a trip to New Orleans to attend the 2012 Writers for New Orleans conference this winter.  Scheduled for December 14-16 this year, Heather created this annual event to help aid the literary scene after Hurricane Katrina.  One lucky reader will receive round-trip airfare to New Orleans, two nights at the city’s iconic Monteleone Hotel and an exciting series of workshops, dinner theater, breakfast buffet and Sunday Tea along with opportunities to meet authors.

To enter, readers should simply tell Heather, in 100 words or less, how they “give back” to their own communities.  Entries can be submitted to [email protected]. The author will select one winner on the basis of Creativity and Commitment.