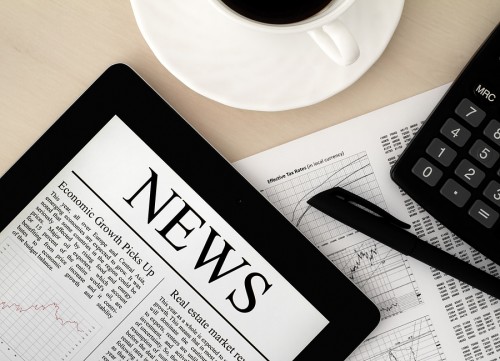 This article essentially says that film studios are interested in books like the Marriage Bargain (which I would predict to be a big screen fail unless it includes the Magic Mike crew inserting pelvic thrusts every ten minutes) and Bared to You by Sylvia Day (ditto). The movie moguls are trolling the Kindle bestseller list. “On the Island” has already been optioned and I actually think that has enough interesting content to generate a decent and maybe dark movie.

Amazon Has Reportedly Ordered 2 Million Redesigned Kindle Fires For Early August (AMZN) – SFGate – “Amazon has ordered 2 million redesigned Kindle Fires for an early August release, says the China Times, via Staska at Unwired. The new Kindle Fire is said to have a metal frame with a plastic chassis. (Sounds like an iPhone 3G.) The original Kindle Fire was a clunky piece of hardware that was reportedly picked off a shelf. It looked exactly like the BlackBerry Playbook.” SF Gate

It’s looking like a late July announcement with an early August ship date is more likely than not.

Apple supply chain points to 8-inch iPad – MarketWatch – ” TAIPEI (MarketWatch) — Apple Inc.’s component suppliers in Asia are preparing for mass production in September of a new tablet computer with a smaller screen, people familiar with the situation said, suggesting that the Cupertino, Calif., company is close to launching a smaller tablet.  … Two of the people said the new tablet will likely come with a screen smaller than 8 inches, compared with the 9.7-inch screen of Apple’s AAPL +1.16%  latest version of the iPad, which was released in March. The iPad’s screen size has remained the same since the first model was released in 2010. “ Market Watch

I still think this rumor is very iffy even though Google has launched its own 7″ tablet and Amazon is onto version 2.  That said, Bloomberg and the WSJ are saying that Apple intends to launch a cheaper, smaller iPad around October. October is supposedly the release date of the iPhone 5.

Apple Said to Plan Smaller IPad to Vie With Google Nexus – Bloomberg – “Apple Inc. (AAPL) plans to debut a smaller, cheaper iPad by year-end, two people with knowledge of the plans said, to help maintain dominance of the tablet market as Google Inc. (GOOG) and Microsoft Corp. (MSFT) prepare competing handheld devices. The new model will have a screen that’s 7 inches to 8 inches diagonally, less than the current 9.7-inch version, said the people, who asked not to be identified because Apple hasn’t made its plans public. The product, which Apple may announce by October, won’t have the high-definition screen featured on the iPad that was released in March, one of the people said.” Bloomberg

Fracking Now Legal in North Carolina, Because Lawmaker Pressed the Wrong Button – “The vote took place late Monday. Democrat Becky Carney, who had lobbied her fellow democrats to vote against the bill, was tired. It was the end of the day, the night really, and she was feeling fatigued. So fatigued, in fact, she pressed Yea instead of Nay, casting the deciding 72nd vote in favor of the veto! The Atlantic Wire reports that just after the vote, Carney’s voice could be heard on her microphone, saying “Oh my gosh. I pushed green.” Apparently, House rules allow you to change your vote only if it will have no effect on the outcome. What a pointless rule!” Gizmodo

This is insane.  A vote made accidentally should not count.

Charles Carreon Drops Bogus Lawsuit Against The Oatmeal Creator | Electronic Frontier Foundation – “San Francisco – Attorney Charles Carreon dropped his bizarre lawsuit against The Oatmeal creator Matthew Inman today, ending his strange legal campaign against Inman’s humorous and creative public criticism of a frivolous cease and desist letter that Carreon wrote on behalf of his client Funny Junk. The Electronic Frontier Foundation (EFF) and co-counsel Venkat Balasubramani represented Inman in the case. While Carreon’s lawsuit was purportedly about whether Inman’s online fundraising campaign for the American Cancer Society and the National Wildlife Federation complies with California regulations, it was really a classic SLAPP – a strategic lawsuit against public participation.” EFF

Look, a happy ever after ending!

→ Jane
Previous article: Daily Deals: Suspense, historicals, and women’s fiction for $2.99 and under
Next Post: REVIEW: Defiant by Pamela Clare