Yesterday around 3-4 pm CST, Amazon engaged in some weird pricing shenanigans with several books (who knows how many) getting a 31% off treatment. Initially some on the Amazon boards thought it signaled the end of agency for Simon & Schuster but after investigating, I noticed that several Macmillan books were also 31% off. I’m not sure whether it was a pricing glitch, a signal that S&S books are about to be freed from agency deals or what. But if you are a price watcher, some of your favorites might enjoy a reduction, albeit only briefly.

In other pricing news, I noticed yesterday that Sony has introduced a loyalty program where if you buy 6 books you get 1 from a special selection free. I think this can be directly attributable to the end of agency pricing for at least three of the publishers. I’m hopeful that more retailers will engage in loyalty programs and other buying incentive programs.

One more thing before we get to the news (although the above could definitely be considered news. Yesterday I discovered Bent Objects. The artist, Terry Border, provides high resolution images so you can use the pictures for your computer background so I switched my Lego one to this. He’s got a coupe of coffee table books out and I can see that these are going to make wonderful gifts this holiday. 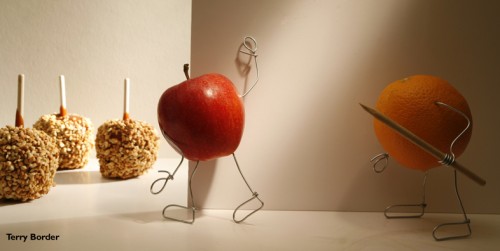 Txtr Beagle aims to corner low-end e-reader market for $13 (video) – It’s here. The subsidized ereader is here for the low price of $13. And by here, I mean Europe. The Txtr Beagle has bluetooth only and is really designed to be a companion device to your smartphone. There are two ways to get a book on your Beagle – either pair it with your phone and send via the Txtr App or sideload via USB. It is powered by 3 AAA batteries and the design reminds me a little of a sideways eBookwise. The device is subsidized by a two year agreement with a participating telecom. Engadget

Pucker Up! What Science Is Discovering About Why We Kiss – I don’t know whether to be impressed or dismayed that there is an actual scientific name for the study of kissing. It’s philematology. Kissing apparently has evolved from a way for mothers to pass on pre chewed food to their infants to a measure of sexual compatibility.

“As with so many other aspects of sexual behavior, the answer may be different for men and women. Gordon Gallup Jr., a psychologist at the State University of New York at Albany who in 2007 examined how kissing was perceived by more than 1,000 undergraduate students, found that the average female sees kissing as essential. Females “wouldn’t dream” of having sex with someone without kissing first and were also much more likely to emphasize kissing during and after sex, says Gallup. It suggests that “females are much more prone to use kissing as a mate assessment device,” he says. And even within an ongoing relationship, they use kissing as a way to update and monitor its status, he says.”US News and World Report

Apple Maps discloses location of classified Taiwan military base – Apple Maps is a disaster. So much so that Tim Cook had to come out and apologize. It’s incredibly inaccurate and some pictures made it look like Apple was envisioning a post apocalyptic future. (With them as our corporate overlords, of course)  But in Taiwan, Apple is not only scarily accurate, it has outed a brand new secret military base. You are welcome China, says Apple. Ubergizmo

Twelve weeks in prison for sick jokes on Facebook? Really? – In the UK, a 20 year old was jailed for 12 weeks for posting terrible things about two young girls online. I don’t know exactly what was said but the articles indicate they were sexual in nature. The judge handing down the ruling said that they were “abhorrent”. I’m no fan of many of the trollish comments on the web but I am concerned we are criminalizing speech and as, the author of this article suggests, creating a problem of consistent application. This may be a case of bad facts making bad law. It’s worrisome.  UK Human Rights Blog