A thread for discussing Megan Whalen Turner’s Queen’s Thief series with spoilers included. All your thoughts are welcome. 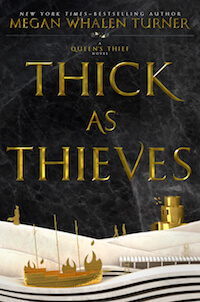 Our interview with Megan Whalen Turner, including her discussion of her writing process and twists, can be found here.