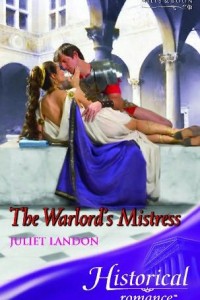 Almost a year ago, I noticed this book for sale in the UK. I pondered buying it, then added up the cost plus exchange rate plus shipping and reluctantly decided to wait. When I saw it was being offered here now and in ebook form as well (go Harlequin!), I snapped it up. Now having read it, I think it would have been worth the exchange rate prices. Well, almost.

Dania impressed me from the first. She’s intelligent and thinks her way out of conflicts. When her Celtic clan was reluctantly ready to go along with the Druid priest who demanded her death to appease the gods, she quickly came up with an alternative plan that stayed true to her roots and made sense. In her years in Coria, she changed with the opportunities presented to her to spy on the Romans garrisoned there while still maintaining her independence and helping those she saw in need. Dania waits too late to take the sage advice of lots of people who remind her that no one gets to the position Fabian is in — a very young tribune — without lots of intelligence and ruthless determination. Especially in Rome and with the Emperor and his son with whom he’s dealing. But she’s so used to no man looking beyond what she shows him that the well meaning words are heeded too late. I can believe her willingness to strike a bargain with Fabian because she’s been away from Boar Hill and her people for so long. Six years in a Romanized town, totally immersed in the role she’s living is a long time. With this love affair, I can see how hard Dania fights it and how inevitably she fails not to fall in love. Fabian takes time with her, seduces her and lures her into their relationship. It’s only after she’s falling for him that he uses an iron fist in a velvet glove to get what he wants.

Fabian is a thinking man’s alpha. He’s got Dania where he wants her but he’s smart enough not to issue threats or strong arm her. He wants more than her cooperation with being a double agent for the Romans. He wants her willing in his bed and for that, he’s got to present her with some reasons to go along with him. He shows her that she gains a lot — protection for her business and people — by siding with him. She stands to loose a lot and he doesn’t hesitate to let her know he’d do it, if she refuses. But his efforts to gain her cooperation evened their relationship for me. When he does go alpha on her — after meeting with Severus and his crazy son– he presents valid reasons why he was scared to death for her. And being an outsider from Gaul himself, he knows, sorta, what it’s like not to be Roman and having to give in to get what you want in life. Severus and Caracalla are great examples of why you want to have the power to vote a leader out of office and not have one who thinks he’s a god. Gotta step lightly around those two.

After reading this book and a few others I have to wonder, did any native woman in Britannia have a happy marriage? I guess they need to be disgruntled to allow them to fall for these Roman heroes but even the secondary characters appear to have miserable marriages. Dania’s people are all a little too “one big happy family” for most of the book but the cracks finally show up at the end. I thought you did an excellent job of integrating historical fact into the story and appreciated the many different native British characters you included in the story.

This book worked so well for me that I’ve gone out and bought your new Regency historical as well. I can only hope that it’s going to be as good as this one was. B+

This book can be purchased in mass market or ebook ($3.91!) format.

→ Jayne
Previous article: Jennifer Estep’s Hot Mama Gets B in Entertainment Weekly
Next Post: Libraries to Start Being Spammers?