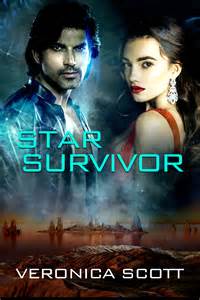 The survivors of a terrible wreck meet again—but this time only one can survive.

The long-awaited, standalone sequel to The Wreck of the Nebula Dream…

They survived an iconic spaceship wreck together. She never expected to see him again … especially not armed to kill her.

Twilka Zabour is an interstellar celebrity. She built on her notoriety as a carefree Socialite who survived the terrible wreck of the Nebula Dream, and launched a successful design house. But now the man who gave meaning to her life, then left her, is back–this time for the worst of reasons. Will he kill her … or help her survive?

D’nvannae Brother Khevan survived the Nebula Dream in the company of a lovely, warm woman, only to be pulled away from her, back into his solitary life in the service of the Red Lady. Now Twilka’s within his reach again–for all the wrong reasons. Khevan will do everything within his power to discover why Twilka has been targeted for assassination, and to save her.

But Khevan is not Twilka’s only pursuer. Will allies Nick and Mara Jameson arrive in time to aid the couple, or will Khevan and Twilka’s ingenuity be all that stands between them and death?

After reading “Wreck of the Nebula Dream,” part of the Sectors Romance Series, I wanted to know what happened to a pair of secondary characters in that book. They were integral to helping save the day and obviously had a connection but as that book ended, their relationship wasn’t finished.

Twilka and Khevan have History. Along with a small band of other passengers, they fought for their lives and escaped certain, and ghastly, death during a spaceship disaster. Things didn’t end well for them though with Twilka convinced that Khevan has abandoned her to return to his allegiance to a millennial old foreign goddess who takes the vows “unto death” of her adherents seriously.

Now five years later, they finally meet again and this time Twilka will be the one turning her back. That is until fate in the form of his Lady forces Khevan to make a choice with the potential of deadly outcomes. None has freed himself from his vows and the forfeit should Khevan lose is not only his death, in as gruesome a manner as his Lady can devise, but also any who would help him. Are the bonds of honor, friendship and love enough for his fellow Nebula Dream survivors and Twilka to come to Khevan’s aid?

I wanted to read this story because of the open-ended way Twilka and Khevan’s relationship ended earlier. I also wanted to know why anyone would swear fealty to the Red Lady as Khevan did when everything mentioned about her backed up Twilka’s description of her as an evil bitch. Khevan would also need to have a damn good reason for abandoning Twilka and staying away as long as he had.

Since it was repeatedly stated that no one ever left her service alive, the manner in which Khevan won his freedom would also need to be convincingly hard fought. Luckily all of my questions and concerns were dealt with in the explanations Khevan provided and in the final showdown which illuminated how much Twilka had grown and triumphed over her fears as well as how much Khevan loves her.

Though this is a direct sequel to the first book, I think it stands well on its own and nicely adds to the series. B