I’m glad I didn’t read the back blurb for your latest Harlequin Intrigue before finishing it. Otherwise, I’d have thought it was just another “hero and heroine in close proximity fighting off sexual tension while some sadistic villain threatens her” type of book. Instead, I think it’s much better than that blurb might lead long time romance readers to believe. 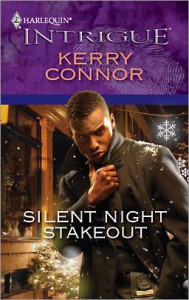 Regina Garrett is finally going to get some vacation time in a hot locale while the rest of Chicago freezes its collective ass off over Christmas. As soon as one of her clients shows up for a meeting he begged her for and tells her why it’s so important. But when Jeremy Decker is a no show, Regina eventually gives up and heads out from her office. Only to discover why Jeremy never made it.

Marcus Waters worked hard to become a homicide detective so he doesn’t complain when he lands a case – even if the crime scene is outside in the freezing cold. What he sees chills even him – no pun intended – and his usual determination to find the killer kicks in full blast. What he doesn’t count on is having the defense attorney who is infamous within the ranks of the CPD involved in the case. Regina Garrett is known for being intelligent and for not missing a thing when it comes to getting her clients’ cases dismissed. Will the two of them be able to work together to solve the case while fighting off the attraction that’s brewing between them?

I like how Regina and Marcus have legitimate reasons, besides just standard “cops and defense attorneys hate each other,” for being wary and skeptical of the other – his sister was murdered by a man who had been sprung from jail by a “take any case” slimeball lawyer and the brother of her best friend was railroaded into jail by bad cops. And while those might be the reasons each went into their chosen profession, each loves his/her job beyond just that.

I must admit that I’m not sure about the ethics of both working on the case, interviewing witness, etc. I guess it’s okay since Regina won’t be trial attorney in the case but it still makes me slightly skittish. One thing I love is that Regina utters our Jane’s standard statement when upset people accuse us of slander/libel here at DA – the best defense is the truth!

Thanks for having both Regina and Marcus be amazed at swiftness of their feelings for each other, after all they each have some heavy baggage, and for pulling back. That pulling back – like a stretched rubber band – makes their ultimate snap into a physical relationship work for me.

You do a good job at keeping the killer’s id under wraps and offering legitimate red herrings. The unveiling is slow and steady though the questions that enter Regina’s mind in the final scenes occurred to me fairly early on. Still, the killer and the reason for Jeremy’s death make sense in a chilling “anyone could commit murder” way. I do wonder why Regina’s PI didn’t uncover a critical piece of information during initial background check/search while Regina was working to get Jeremy released. I would think that this would have been just what a defense attorney needed to have case dismissed.

Romantic suspense books have to balance both aspects of the plot which isn’t easy to do. I think you’ve done a great job with it here though. Instead of just mixing the intrigue with “hubba, hubba s/he’s so hot!,” they take the time to watch each other at work and see the care and passion each devotes to their job and for justice. Regina and Marcus see each other as people and not just sexual objects. What makes the romance work so well for me is that they eventually see that each is working for the same thing – justice for all without special exceptions for those with or without money. You show that it probably won’t be smooth sailing since each has peeps with prejudice to overcome about the other, but they have a solid base on which to build their relationship.

With books that have a satisfying “feel” I can overlook certain things and be absorbed in the story. While it ends with a few niggles for me, overall the flow and intensity of the book caught me early on and reeled me into this world. Thanks for sending it to us for possible review and for interesting me in yet another Harlequin line. B