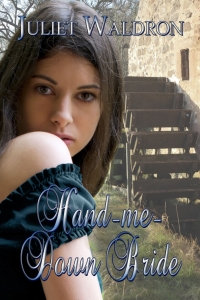 To help her impoverished family, Sophie agrees to marry a wealthy older man in far off America. Less than twenty-four hours after she arrives in German’s Mill, Pennsylvania, events have taken a far stranger turn than anything she could have imagined.

Set in Post-Civil-War Pennsylvania, this tale of an arranged marriage is as much family saga as romance. Sophie is a sensitive young woman struggling to make sense of her past and to understand her new homeland. Karl is not only a veteran of the Great War, but scarred by the secret violence of his childhood. How they both learn to trust—and to love—is their unique story.

I’ve had this book for years. In fact it’s a paperback copy with the old cover on it – and I love that an explanation of its meaning was a part of the story. Anyway, with a little free time, I decided to try it out as it’s been staring at me on my desk for almost all those years. I think people who are looking for something beyond Regencies or westerns might be interested in the post Civil War Pennsylvania setting.

Sophie accepted the proposal – engineered by her Aunt who now lives in America with her American husband – for an arranged marriage to a man old enough to be her grandfather. Herr Wildbach is wealthy and willing to send money to her impoverished, widowed mother and other sisters back in Germany. At first her new step-sons might sniff or scowl over it but Sophie has little choice and is willing to sacrifice for her family.

Within 24 hours though, everything has changed. Now “widowed” – though thankfully Herr Wildbach had decided they needed to spent more time together before consummating the marriage – she finds herself cast out by one step-son and his grasping wife. Her Aunt is sure that there’s something fishy about the old man’s will but with no way to prove it, Sophie is forced to accept the offer of housekeeper employment from the younger son – the one who had scowled the most at her.

Karl Joseph has been wild and rebellious, along with his older sister Hannelore, since childhood. Thinking himself free of his demanding, harsh and dictatorial father, a codicil to the will might chain him in German’s Mill a bit longer. He can either take a pittance now and strike out for the west or he can accede to his father’s beyond-the-grave machinations and, after marrying a pure German bride and running the mill for two years, sell it for full value and then do whatever he wants. Karl will be damned if he does what his father wants but since he’s staying for at least one more harvest, he’ll give Sophie a home and his cook a welcome pair of hands to help her. Sophie has after all been trained to be a good little German hausfrau.

Sophie knows Karl left home for years then fought in the recent bloody war. This frightens her as from past experience, she knows soldiers can be violent but she’s a beggar and can’t be choosy. She finds Devine Daniels to be a friendly and patient co-worker and soon the two are dishing up enormous meals – honestly only working in the mill or fields all day would allow anyone to work these off – and tending to the endless housecleaning and mending. Sophie’s a hard worker, Karl will give her that. And she takes easily to working with both the Whites and Blacks whom Karl employs. 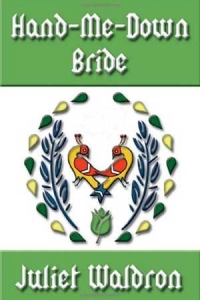 As he gets to know her, Karl begins to think about changing his immediate plans. Would marrying her be so bad? She’s attractive and a hard worker and with his larger stake, he knows they could make a go of it out west. But will Sophie remain the obedient German frau or does she have steel that Karl hasn’t quite counted on?

There’s a lot I enjoyed about this book but there were a few throw backs to issues I had in your book “Angel’s Flight” that I read years ago. First to what I liked. The German enclave in the town is well described and I liked seeing an earlier immigrant experience. Several people in the story have enough of the language to help Sophie out in her efforts to learn English but she’s determined to become a full fledged American. She loves this place of plenty where even the poorest have enough food to eat and hard work really will earn you a place. The heat might be a bit more than she’s used to but she’s proud of the job she does well. And she loves cats.

There are two women I had fun reading about both of whom are – as far as most of the area is concerned – unrepentant sinners. Sophie soon catches on to the fact that many American women are extremely outspoken and not wholly consumed with kinder, kuche, kirche. Some of Karl’s childhood friends are also a little on the wild side. The depiction of the hard life that a lot of these people led isn’t softened. Sophie’s hands are roughened and her face and arms begin to tan but one or two of the farm wives seem almost haggard to her.

Divine and her husband and children are an integral part of Karl’s household and also his friends. The people who do look down on the Blacks and condescendingly donate to the AME Church are the snooty and or villains of the story.

There’s one violent scene involving the fate of some of the kittens Sophie and Celeste (Divine’s eldest daughter) have befriended which reminded me of lions in the wild. What skirted close to uneasiness for me were a few times when Karl came near to excess male persuasion. A few years ago this might not have been as much of an issue – though I did notice it in the earlier book I mentioned – but here it struck me a bit more. Sophie isn’t ever forced though.

American historicals which aren’t westerns aren’t as numerous as they once were. This is also a nice view of life after the Civil War that does mention it and the price so many young men paid but has no plantations or “Gone with the Wind.” Karl and Sophie find unexpected happiness and in the end, Karl seems happy that Sophie is made of sterner stuff than he initially thought. B