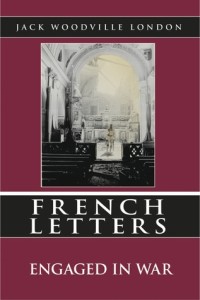 Captain Will Hastings has a Major pissed off at him for no good reason other than the Major, Halliburton by name, is an asshole. It takes a little while for the full story to be told but poor Will and a medic get shafted, and almost killed numerous times, as they struggle to obey the murderous order the Major gives which sends them onto the beaches at Normandy. But survive they do and then catch a break as the people at MedPers find Halliburton’s bogus write ups of Will to be hilarious.

Now Will is stationed with the medical team near St. Lo piecing together the men of the US Army as they attempt to break out of the hedgerows of Normandy. He’s also trying to discover if his older pilot brother, Peter, is really dead as reported by the Army, dealing with the French civilians trying to survive the liberation, finally reading some letters from home – which frankly have him totally confused – and also falling in love. However, the fallout from Major Halliburton’s last screw up just might haunt Will all across France and into Belgium while the after effects of what went on in Texas still await him at home.

While there is a sweet and gently developed love story here, I think this book will be more for people who love “Band of Brothers,” “Saving Private Ryan,” “Catch 22,” or “Patton.” It’s more men at war and the medical teams trying to save them under fire, as well as some hilarious glimpses of the ways Generals think and act, than a romance novel. That being said, and since I love the aforementioned books/movies, I devoured it in a day.

I loved the humor displayed as Will meets the men of the 261st medical unit for the first time as they frantically work in the captured pillbox as well as the “Halliburton’s a bit crazy” reassignment scene. One important rule Halliburton dismisses is definitely don’t piss off the Army clerks who handle the paperwork. The little people can make you or break you. And while some officers are total morons, others have learned the wisdom of not inquiring too closely into how their men get things done.

I ended up feeling a great deal of sympathy for the French trying to survive the artillery bombardments and being freed from the control of the Germans. Yet at the same time, I feel for the US personnel being besieged with requests for medicine and carpenters to rebuild the towns while also rolling my eyes as the idiotic SNAFUs which prevent Will from assisting the civilians as he waits for the legal situation to be cleared up. As for the legal stuff, though the bombshell Will ultimately drops during the court-martial sequence is a doozy, the lead up to get to it does tend to drag just a touch.

You left some things hanging at the end of “Virginia’s War” which do get resolved here. What happened to the crooked sheriff of Tiera, how Virginia survives after the baby is born, what the draft board does with her PoS brother and how the realization that the end of the war is in sight begins to affect their small town. The present day prologue still presents some mysteries: who is this man who is asking questions around town and who did Shirley marry? But what I really am burning to know is what happened in St. Lo? What did Will not see in the cemetery and who is that baby? I also get the feeling that Will wishes he’d looked in Peter’s footlocker before sending it back home as it seems to hold a lot of answers to the questions which came to me as I read the book.

So again, good job on this book. It kept me riveted to Will’s tale of survival and finding that perfect someone – even if they can barely communicate with words. I was happy to get some answers to earlier questions and am now impatient to read what’s to come next. I hope the wait won’t be too long. B