This is the story of a Duke and a Scholar. But you know that already. 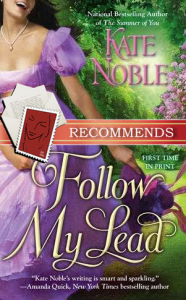 Winnifred Crane is an art historian. She is also female, as both her name and the attached pronoun would suggest. It doesn’t matter that she’s brilliant. It doesn’t matter that she’s turned the art history world on its head with several publications made under a male pseudonym, C.W. Marks. It doesn’t matter because she’s female. And as a female, even a female of thirty odd years, she’s at the mercy of money and men. To be more specific, her money has been poached by her cousin, George Bambridge, who is also her fiancé of long-standing. Attempting to gain acceptance in the Historical Society is Winn’s bid for independence from her cousin, both marital and financial. Fortunately, she has proof that she’s C.W. Marks. Fortunately, she had her father’s support before his death.

Unfortunately, she walks into the outstretched arm of Jason Cummings, Duke of Rayne on her way into the Historical Society. Her papers go flying all over the place and the letter—the proof that she is indeed C.W. Marks—drops into the fountain and is destroyed.

Jason Cummings, Duke of Rayne, feels terribly guilty about the whole thing. And that guilt is what leads to his support of Winnifred Crane’s mad suggestion about a Durer painting and a quest. That and boredom. Jason’s come to London to look for a wife and he’s not really happy about it. He isn’t against the idea of marriage but the whole process has been somewhat harrowing. So when he runs into Winnifred Crane, literally, and hears her claims about being C.W. Marks, he’s interested.

Without the letter proving she’s C.W. Marks, Winn only has her expertise to rely on. Her cousin George is no help. In fact, he wants to prevent her from ever revealing that she’s Marks. So in order to prove that she is, Winn proposes the following: that the painting her father donated to the Society—a Durer depicting Adam and Eve—was actually not painted Durer but was done by another. If she can effectively prove this claim, then she will gain admittance into the society. Problematically, the proof lies on the continent and so to the continent Winn must go. It is Jason’s support that solidifies this scheme and makes Winn Crane a nine days wonder in society.

Jason has no plans to accompany Miss Crane on her quest. His only plans involve marrying a very nice girl by the name of Sarah Forrester. But Miss Forrester’s father is the man who heads the Historical Society, and he’s asked Jason to accompany Miss Crane as far as Dover. Which is exactly what Jason does until, that is, he sees her boarding the wrong boat—a boat that is definitely not the packet to Calais but a ship to Hamburg. Jason feels it is his duty to follower, after all he promised Lord Forrester. But following her precipitates a series of unfortunate events beginning with a pick-pocket and ending with a bash on the head, all of which force Jason to become Miss Crane’s unwanted squire on a mad-cap adventure after the provenance of a piece of art.

It is in my humble reviewer’s opinion that the best part of this romance occurs between the time Winn and Jason board the ship and their return to England. It is a road romance, and I do love a road romance. And as in every good road romance, nothing goes as planned. They lose all their money at least twice. They have to pretend that they are married. They even have to walk. And when they finally get to Hamburg, the evidence Winn has been relying on proves to be insufficient. I liked that the quest for the trust artist mostly consists of going through papers written in Renaissance German and asking questions at convents, because that’s really what most of the work of scholarship is—holing up in a room and reading until you feel sick, and then asking the right questions of the right people. Of course, first you’ve got to figure out the questions and the people. But there you go.

Both Winn and Jason are strong characters. Neither of them is particularly cut out for life on the road. Winn has never been anywhere but Oxford. Jason fears she’s terribly naïve and will be taken advantage of. Although, Jason—being a duke—doesn’t really understand how to travel without a title or the money and credit that comes with it. However, they are both intelligent, resilient people and it is enjoyable to watch them trying to get from Hamburg to Vienna without money or connections or a total command of the German language and still remain a step ahead of George.

Moreover, Winn is not feisty. I do loathe a feisty heroine, particularly when the heroine is old enough to know better. Fiestiness is a lot like mini-skirts. There’s a point in a woman’s life where it is no longer suitable or even attractive for her to be walking around in such an affectation. Instead, Winn is determined and intelligent, albeit a little naïve from having spent her entire life confined in the Ivory Tower of academia. But she still has common sense and understands what things cost. She makes a point that she may be innocent, but she’s not ignorant. Well said, too often the two are conflated in romances.

As for Jason Cummings, Duke of Rayne, he is not a rake. Nor is he a spy. He’s not even much of a Corinthian of the Ton. And I think that if I had one complaint about his characterization it would be that he just doesn’t come across as a Duke. He’s rather more like a dude you’d meet in your Chemistry 101 class Freshman year of college—cute, attractive, popular and athletic, smart but not an intellectual even though he dabbles. He’s upstanding and moral and likable, but not very duke-ly (or is that duke-esque?). Maybe Winn, too, is a little bit of an anachronism but it doesn’t register so much because one, she’s supposed to be as she’s a female art historian in the 1820’s and two, she’s not supposed to be an aristocrat.

The only reason I mention this—for I realize that this is a light romance and it works as a light romance, something frothy and fun, boisterous and adventurous, which is what a good road romance ought to be—is because it is Jason’s status as a duke that comes back at the end of their adventure as a kind of obstacle to them immediately getting together.

No. Don’t you see? I took the opportunity that was before me simply because I don’t have to worry about being in your life. After this is over, you are not going to take me back to England and teach me to ride a horse . . . That’s just folly. You are going to go back to your dukedom and lovely appropriate young lady who will agree to marry you. You, Your Grace, are going to go back to your life . . . and I intend to start mine.

This is not an inaccurate summation of their situation, for of course the marriage of a duke to an Oxford don’s daughter would be an issue of class. Yet, I didn’t buy Jason as a duke—even though he was a very likeable hero. And because I didn’t buy that, I couldn’t really get behind the reasoning that they come from two different worlds. The road romance works because during the course of the journey the class barriers are broken down. You begin to see the other person clearly without all the hoopla and folderol that comes with class status and social expectations. The journey reduces the heroine and hero to their most basic selves. But for Jason in particular, there wasn’t a perceptible difference between who he was before the journey and after the journey. That is, the Duke of Rayne never made an appearance. It was always just Jason. This wouldn’t have been an issue had there not been the final obstacle of his dukedom or status as a duke to the HEA. But because it was made into an obstacle at the end, it is an issue.

“And so he let her go, let her find her path. But he’d never told her he wished for that entrapment.

They both simply assumed that their paths would veer. That the life of a Duke of England would never cross with the life of someone who wished to see the world. But sometimes, paths have to be forced together. He didn’t know how, but he knew it would be done. However, it would not be easy. The proverbs were wrong: Love would not be patient. Nor kind.”

Indeed, and that would have been a very good sentiment for the middle of the book since the thing, of course, that has forced their paths together is the journey itself. It rings a little false. Again, this is because I was never convinced of that it was a gap of class—or even that there was a gap in class—keeping them apart. What was a far more problematic obstacle was the fact that Jason had practically gotten himself engaged prior to the journey to Hamburg. Yet, that obstacle was summarily disposed of once Winn and Jason meet again. I realize that the two—Jason being a duke and the almost-fiancé—are interconnected obstacles to the HEA, but I was never sold on either as being that big of a deal.

Similarly, I wasn’t so keen on the scenes set in London for the same reason that I wasn’t convinced of this class distinction. The tone didn’t quite fit the depiction of the social world. I never felt the pressure of that society as one made up of aristocrats and class. It was a bit too casual, which again is not a major issue but it’s there. And for those readers who are sticklers about historical accuracy and class distinctions and historical perspectives, etc., it might serve to lessen the enjoyment. That said, I don’t think it matters much to the overall story because the most charming and delightful part of this book is when Winn and Jason are on the road together. That part worked. The adventure part fit the lighthearted and lively tone of the prose and the chapter titles. Experiencing the adventure with Winn and Jason more than made up for the pockets of narrative distress at the beginning and end of the book. The road romance worked, and it worked really well.

Overall, this was a fun and lighthearted adventure. And one I would recommend. B+

Note from Jane: I tried to embed the trailer for this book but I couldn’t figure it out. It’s very charming.